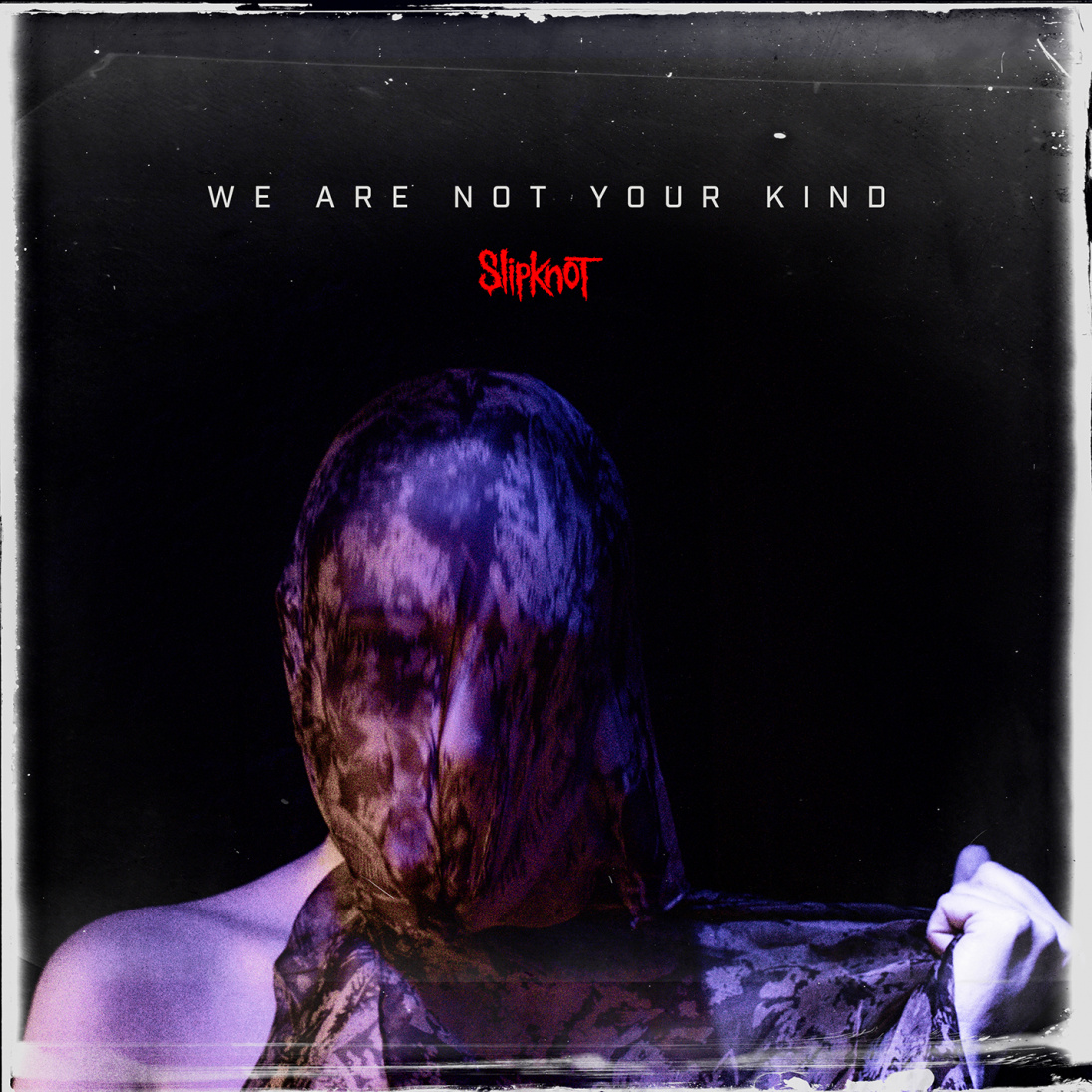 Slipknot’s sixth studio album, We Are Not Your Kind, is a milestone for the band; a visceral record with some back to their roots ‘knot paired with some experimental and unexpected turns.

From the intro you can tell it’s a Slipknot record. It sets the tone of what’s to come by gathering pace over one minute and 38 seconds, building into ‘Unsainted’, which HAD to be the first single for this album. The track’s beauty lies in its ethereal choral intro and its catchy as hell chorus. The song will be this album’s ‘Before I Forget‘ or ‘Duality’.

Third track ‘Birth Of The Cruel‘ is an angry anthem reminiscent of the heavy metal band’s debut album. It’s full of raging, fury-fuelled lyrics like “I’m overthrown, I’m over your throne, I’m over it“.

‘Death Because of Death’ is another experimental interlude, a brief moment of down time before ‘Nero Forte’ arrives to rip through your ears in a full on assault. I get the feeling this track is going to be a popular song live and should definitely be a future single.

‘Critical Darling’ struck a personal chord with me. The lyrics “Every time this happens, I’m breaking a promise, I made to a version of me” really resonate, showing the band’s true range. Maturing like a fine red wine, Slipknot aren’t a one trick pony band, and songs like this demonstrate the musical progression that’s taken place over the years.

Other album highlights are ‘Red Flag’, a track that conforms to the vintage ‘knot sound but somehow feels more refined, and ‘Spiders’, which seems to have been universally lauded by hardcore maggots and lovers of other genres as well. It’s experimental, with some big beats. Is it a political rant? I’ll leave that one open to debate. Either way I’d like to see more of this type of song from the band.

On my first listen of this album I was blindsided by the change in direction, the experimental nature and the lack of trends from the previous album such as the distinct absence of guitar solos. It almost seemed like a step backwards. Initially. I felt the same worry as many other fans. Where exactly was this album going?

However, this change is what was needed and I have to agree with Clown that We Are Not Your Kind is a masterpiece. A new Slipknot record for a new generation of young maggots to play on repeat.