When his wife is killed in a train accident, deployed soldier Markus (Mads Mikkelsen) returns home to be with his distraught teenage daughter Mathilde (Andrea Heick Gadeberg) and make arrangements. Then he gets a visit from unassuming statistician Otto (Nikolaj Lie Kaas), who was also on the train, and has discovered that the ‘accident’ may not have been an accident at all. Before long, Otto – along with a couple of his bumbling, perpetually warring friends – have joined Markus on his deadly mission of revenge.

For a little while, it feels as though Riders Of Justice is two separate films: the devastating family drama suffered by Markus and Mathilde, and the silly, jovial buddy comedy of Otto and his geeky friends. The tones are so disparate, it seems impossible that writer-director Anders Thomas Jensen could merge them successfully without either undermining the tragedy or dampening the comedy.

Yet, somehow, he pulls it off – and then proceeds to add even more divergent ingredients to the eclectic tonal stew. Whilst Jensen never lingers over it, Riders Of Justice is awash with violence. Much of this stems from Markus, whose military training appears to have turned him into a super-human, Robo-Cop type figure. Mikkelsen’s lead performance is a masterpiece of coiled-spring stoicism. He is still. He doesn’t waste words. He doesn’t smile. You can sense the barely restrained brutality within. On those rare occasions where he lets it out, he moves at a frightening speed, fists flying with unforgiving force. He can be downright terrifying. 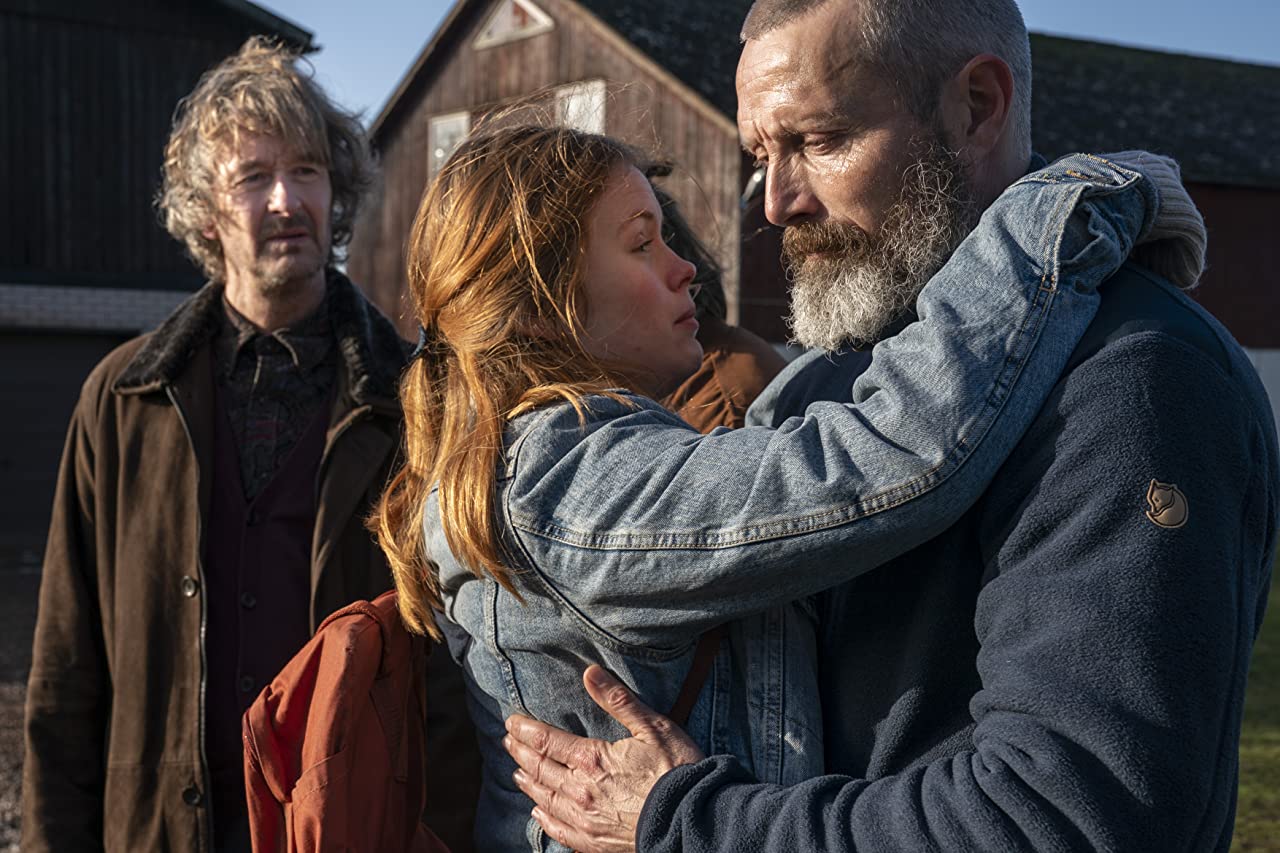 If he provides Riders Of Justice with its violence and sadness, then it’s his relationship with Otto and the gang which brings the humour and heart. It’s immediately clear to them that Markus’s ferocity is stemming from his inability to deal with his grief. For…well…difficult to explain narrative reasons, Otto, Lennart (Lars Brygmann) and Emmenthaler (Nicolas Bro) move in with Markus and Mathilde and – in between shooting lessons and strategy sessions – they set about trying to help Markus process his feelings and repair his strained relationship with his daughter. He is not always receptive to their efforts (which can get pretty preposterous, however well-meaning they are) but ever so gradually, they start breaking their way through his stony façade. In the process, they become an unconventional family.

As if the violence and sweetness, comedy and tragedy were not enough, Riders Of Justice also has a philosophical soul. It’s preoccupied by matters of coincidence and God and the improbability of fate; how are we meant to keep our sanity in a world where awful things happen all the time for no reason at all? Although there are no easy answers here, the film does offer an abject lesson in what can happen when people strain too hard to make sense of the senseless.

Riders Of Justice is hilarious, melancholy, brutal, sweet, silly, and searching. A ruthless revenge drama with a marshmallow heart. More than anything though, it’s just a whole lot of fun.