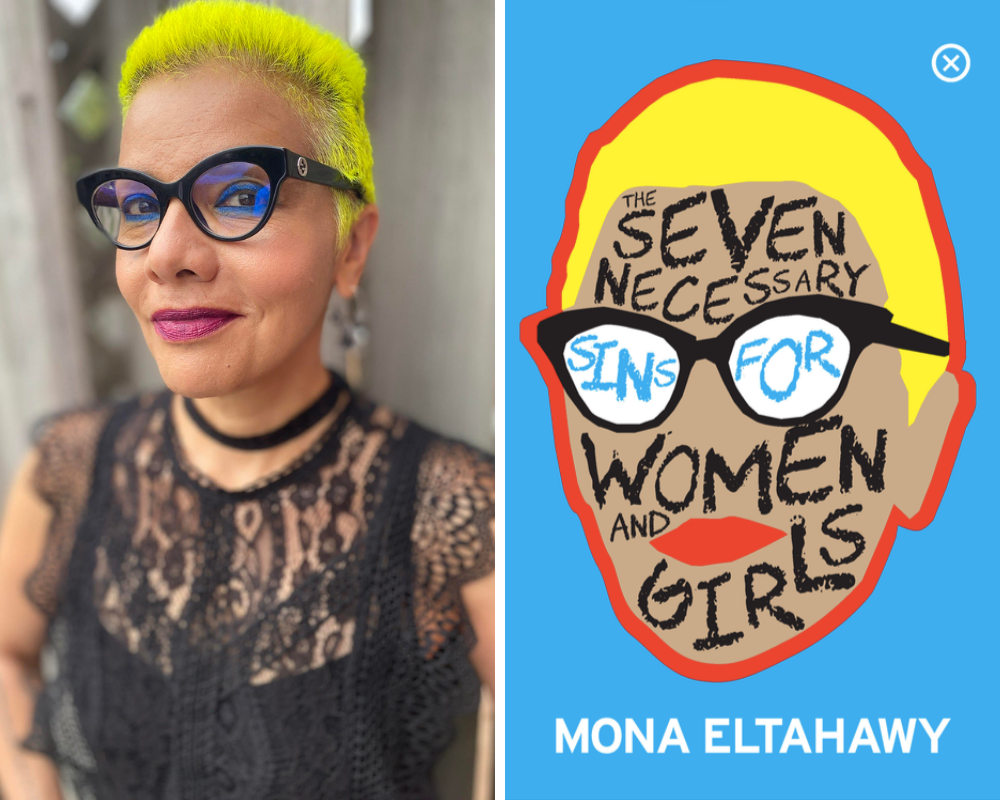 The Seven Necessary Sins for Women and Girls identifies seven ‘sins’ women and girls are socialised to avoid – anger, attention, profanity, ambition, power, violence and lust. With essays on each, Mona Eltahawy creates a stunning manifesto encouraging women worldwide to defy, disobey and disrupt the patriarchy. Drawing on her own life and the work of intersectional activists from around the world, #MeToo and the Arab Spring, Eltahawy’s work defines what it is to be a feminist now.

I call them ‘sins’, but of course they are not. They are what women and girls are not supposed to be or do or want. They are condemned as ‘sins’ by a patriarchy that demands we acquiesce to, not destroy, its dictates.

In the chapter on anger, I ask what the world would look like if girls were taught that they were volcanoes that could and should erupt to disrupt patriarchy. I examine how anger and rage are discouraged and broken out of girls and the ways in which that anger and rage are important in the fight against patriarchy. I also ask who is allowed to be angry, and I analyse how, depending on their race and class, some girls are punished for behaviour that is tolerated in others.

In my examination of attention, I insist that women and girls demand attention because we deserve it and must not shy away from it. The quickest and laziest way to discredit a woman is to accuse her of ‘attention seeking’. I explain the importance of defiantly declaring that we deserve attention, and why such a declaration is a powerful tool for disrupting patriarchy’s demands that we remain ‘modest’ and ‘humble’.

We must say ‘Fuck’. In the chapter on profanity, I insist on the power of profanity as a force in disrupting, disobeying, and defying patriarchy and its rules. In understanding why profanity is off-limits to women, I unpack the ways that girls are socialised into the straitjacket of being ‘nice’ and ‘polite’, and recognise the absurdity of patriarchy’s claim that our profane words are worse than the violence it subjects us to.

Why is ambition considered a ‘dirty’ word for women? Why does patriarchy teach girls and women that it is wrong to openly declare they want to be better than everybody else at something? And why – when they are better, when they are recognised as experts who are better than everybody else, must women play down or diminish their expertise and the ambition that propelled them to those levels?

What is a powerful woman? In the chapter on power, I insist on differentiating between power that dismantles patriarchy from power that is used in the service of patriarchy. Patriarchy has often thrown women crumbs in return for a limited form of power that often replicates the hierarchies that patriarchy has created. We must refuse those crumbs. We must bake our own cake. And we must define power in a way that liberates us from patriarchy’s hierarchies.

In the chapter on violence, I examine the right of women and girls to fight back against the crimes of patriarchy. Violence is a legitimate form of resistance in struggles against colonisation and occupation; it has long been accepted as just and necessary in such struggles. What about the struggle against a form of oppression that hurts half the world’s population? This book is not a road map for making peace with patriarchy. It is a manifesto to dismantle patriarchy and to end its crimes.

And finally, in examining lust, I emphasise the importance of a deceptively simple but revolutionary insistence: I own my body. Nobody else owns it: not the state, the street, or the home, not the church, mosque, or temple.

Feminism should terrify the patriarchy. It should put patriarchy on notice that we demand nothing short of its destruction. We need fewer road maps toward a peace treaty with patriarchy and more manifestos on how to destroy it. The Seven Necessary Sins for Women and Girls is my manifesto.

The Seven Necessary Sins for Women and Girls by Mona Eltahawy is published by Tramp Press at as a Trade Paperback at £11.99 and as an eBook