Q&A with Phaedra Patrick: Author of The Curious Charms of Arthur Pepper 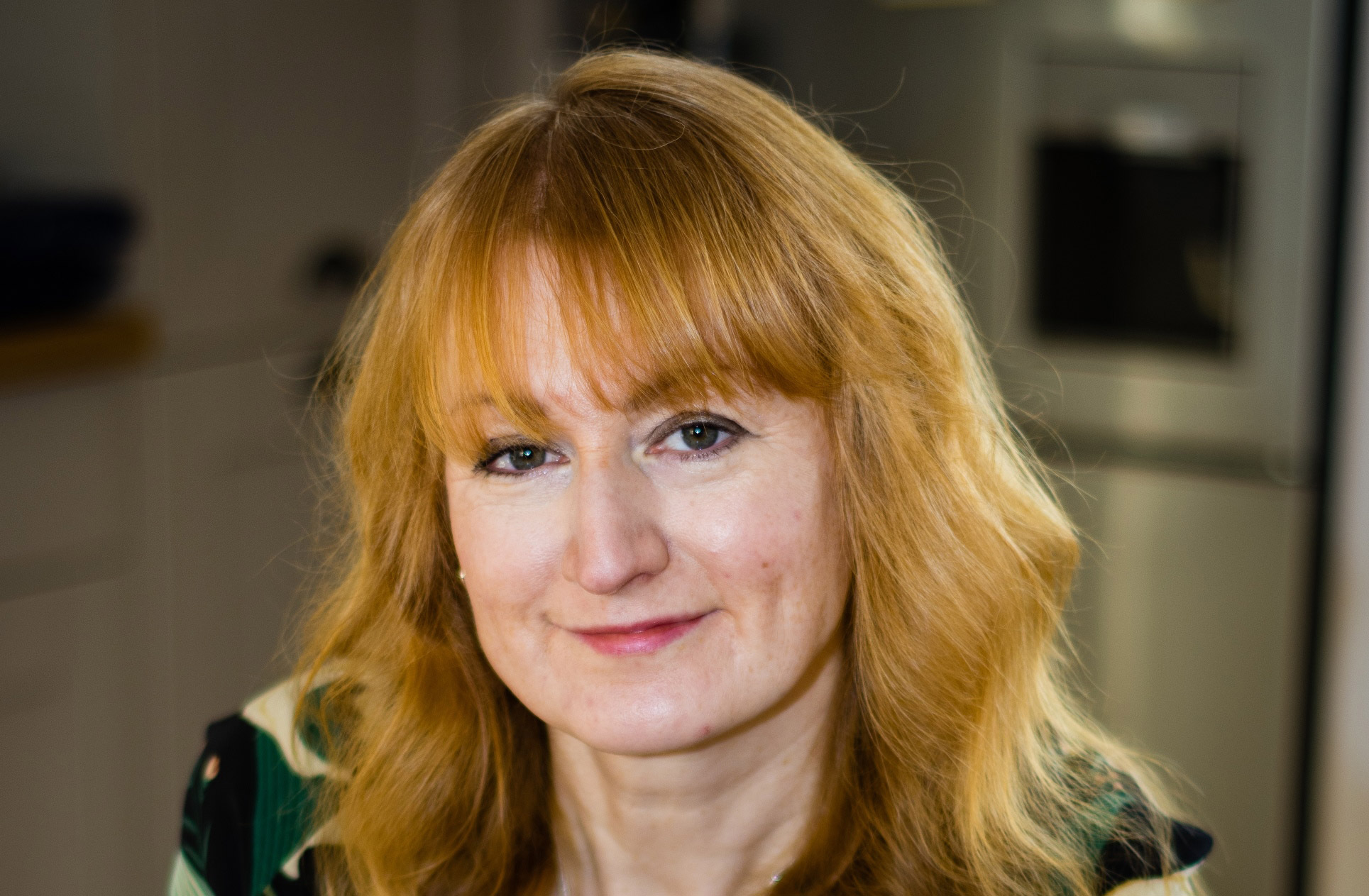 Phaedra Patrick’s delightfully heart-warming The Curious Charms of Arthur Pepper is published in paperback today (29 September) and to mark the release we asked the author some questions about her unassuming protagonist, his crazy adventures and whether we’ll be seeing more of the titular character in the future.

Q. The Curious Charms of Arthur Pepper takes a seemingly mundane man and sends him on an intriguing journey of self-discovery. How did you come up with the story of the charms and the wild adventures that Arthur goes on?

As I showed my own childhood charm bracelet to my son, and told him the stories behind each of the charms, the idea came to me about an elderly man who discovers a mysterious bracelet in his late wife’s wardrobe.

I once holidayed in India and bought a small brass elephant pendant, and this was the inspiration behind the first charm that sets Arthur off on his epic journey of discovery. A few years ago I read a novel about a wedding dress shop, so that was the inspiration behind the thimble charm. At college I studied art for four years, so this influenced the paint palette charm. The tiger charm idea came to me when I saw the Life of Pi DVD in a supermarket.

Q. There are some curious characters in the book but it’s really all about Arthur, who’s such a loveable fellow, a rare British gent. Is he based on someone you know in real life? Where does your character inspiration come from?

I wanted to write a story straight from my heart, and create a character that people would want to cheer, laugh and cry with. I love to collect ideas in my head, so each scene and character in the book was influenced by someone I know, something I’d seen, or personally experienced. Arthur Pepper wasn’t based on anyone I know personally, but he does feel like a real person to me. A lot of his words and mannerisms are my own and I had a lot of fun putting poor Arthur into some tricky situations.

Q. There’s a poignant theme at the heart of Arthur Pepper; it celebrates life, love and getting older. Just because someone is retired, doesn’t mean they no longer have anything to contribute to the world, and that’s such an important message. Do you feel that the elderly get forgotten about and dismissed? Was it something you wanted to specifically address or did it come about naturally?

I think that such a lot of communication and togetherness comes about through working together, having things in common, or sharing with others. One of the things I miss about office life (now that I write full time at home) is hearing about films friends have watched, or bits of gossip, or general chitchat. If you’re retired then this might be the same too, especially for people who aren’t up to date with technology, or aren’t able to get about as easily as they once could.

The message came about organically rather than as something I specifically wanted to address. I think the admirable thing about Arthur is that he takes things into his own hands, makes decisions and moves on them. And I think that’s what people need to do – to look at what’s around them, partake and maybe take themselves out of their comfort zone, rather than hiding themselves away and becoming ‘forgotten.’ In some cases, it’s easier said than done, I’m sure. I admire how my parents (now in their early seventies) keep abreast of new films and books, what’s going on in the area, helping out neighbours and friends, and my dad even took himself off to night school to learn how to use computers! 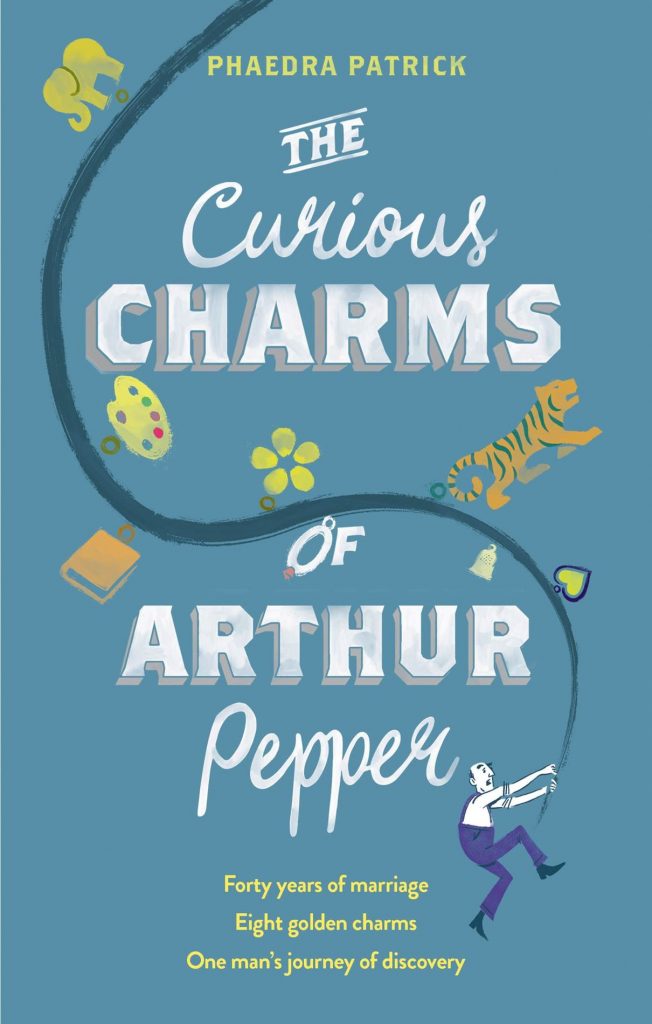 Q. Your novel has been compared to the likes of The One Hundred Year Old Man Who Climbed Out The Window and Harold Fry…were you inspired by these other similar themed books?

I’d previously written five (unpublished) novels about young women, so this time round I thought I’d attempt to write about an older man. I was already well into writing about Arthur Pepper when I read Harold Fry, and I admit that I haven’t yet read The Hundred Year Old Man… Rather than inspiring my work, Harold Fry told me that there might be a place in the market for fiction about an older character, and that encouraged me to keep writing Arthur’s story.

Q. For a long time, reading about the elderly wasn’t particularly ‘fashionable’ for the younger generation. Do you think we need more fictional heroes in their twilight years?

I think it’s important that all ages and demographics are covered. I don’t think older characters were particularly well-represented until recently, but all readers are getting older! The original forty-something readers of Bridget Jones’s Diary are probably now in their sixties.

I think we also have more older role models that young people admire too, such as Mary Berry or even The Rolling Stones, proving that age shouldn’t stop you doing something that you love. Even if you’re not the same age as Arthur, you can view him as a dad or granddad figure.

Q. This is the first novel you’ve had published, how have you found the whole process? The positive reaction from readers must make all the hard work worth it.

It can seem overwhelming when you start to write 90,000 words, especially when you reach a sticky bit and the voices in your head kick in, asking if you really know what you’re doing!

You’re also making up a story from scratch, so sometimes you have to be decisive and choose a route, even if you’re not sure where it will take you. Writing can also be very solitary so it’s good to have a support network of friends and family around you.

Writing a novel is almost just the start of the journey. Then you have to submit to literary agents, edit your work, go through submissions to publishers (and prepare for rejection) and go through rounds of structural and copy edits. You have to be very determined and a bit steely-minded. It’s a long process but all worth it when you get to hold your book in your hands for the first time, or see it on a shelf.

I’ve had lots of lovely reactions from readers and really appreciate it when people take the time to write a nice review, or even to send me a friendly note via Facebook. The book will be published in over twenty countries worldwide, so I have to use Google Translate to read some of the comments. One lady in Poland even painted me a picture of Arthur’s potplant!

Q. Finally, it feels as if Arthur’s story is still going, will we see more adventures from him in a sequel?

I personally know what happens to Arthur, Bernadette, Lucy and even teenager Nathan, but their stories are in my head. I don’t yet have another mission for Arthur to undertake, though I’d love to write about him again some time. The characters feel like friends who are currently doing their own thing without me, but one day I might drop in and see what they’re up to and if they want to share it with me!

Phaedra’s debut novel The Curious Charms of Arthur Pepper is out now in paperback and ebook (£7.99, HQ)