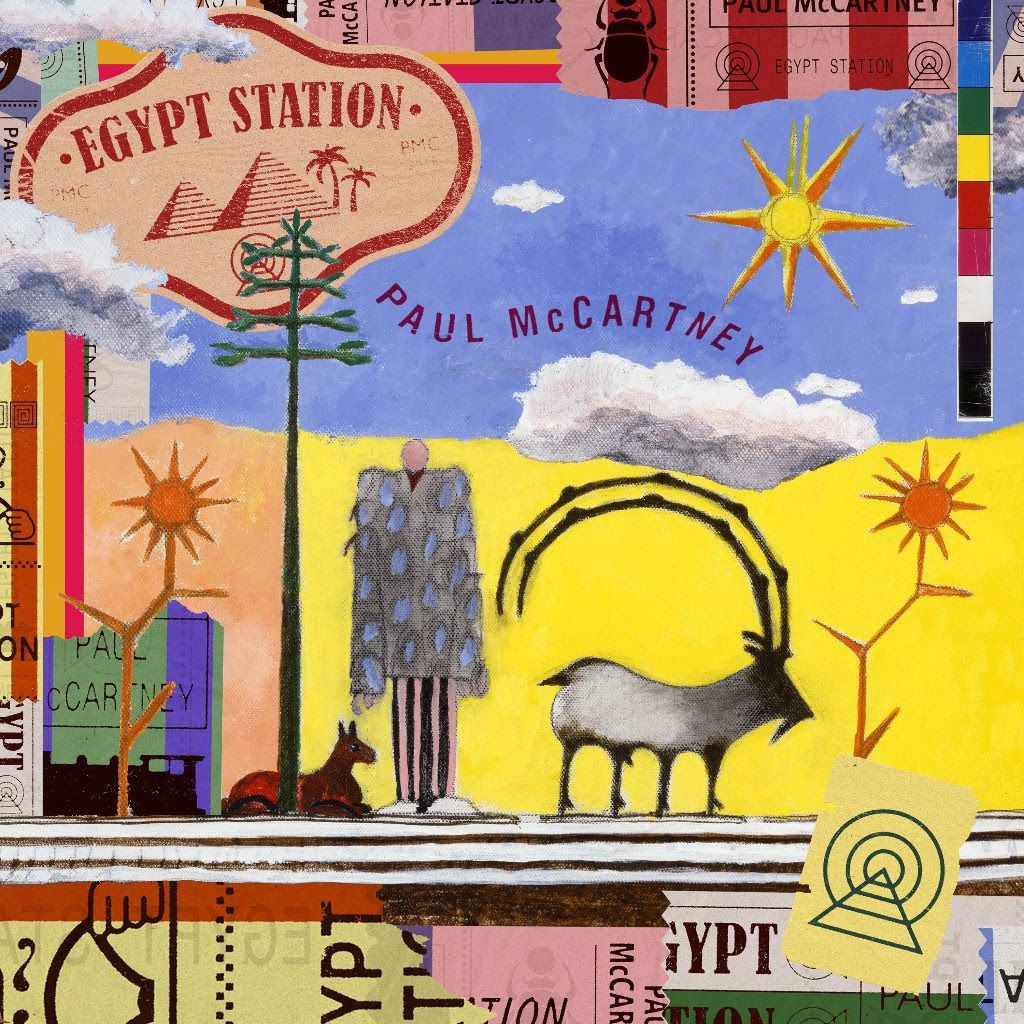 When you come to write about new music by Paul McCartney, there’s a lot of history pressing down on you. 56 years of history, innovation and mania, in fact, which can be summed up in two words: The Beatles. They’ve been mythologised in a way that has no parallel among popular artists. Not even monolithic acts like Led Zeppelin or Pink Floyd have reached the Fab Four’s heights of influence and immortality. As part of the original rock band, McCartney wrote many of the rules that still govern the way pop music sounds, looks and works.

That’s what new Macca music has to compete with, and in many ways, claim validity against. Reading the comments on his YouTube videos (something which one should never do in any circumstance, of course), you get the sense that some people don’t believe modern-day McCartney has the right to add to the Moptop’s catalogue. Like appending a brutalist wing to St Paul’s Cathedral (natch), isn’t anything new just going to be unwieldy and ugly when compared to the existing edifice?

The great thing about Paul McCartney is that he never seems to have really cared about the myth. Sure, he’s aware of it. He once remarked that ‘nobody’s Beatle-proof’ after a meeting with Vladimir Putin. But he’s largely steered clear of the self-reverence that attends on other enormo-stars – Bono, for example. He makes the music he likes because he likes it, without appearing to worry very much about whether it’s Beatle-worthy. At the same time, however, he’s maintained a desire to break new ground and, if possible, tickle the charts (hence his collaboration with Kanye West, and with Ryan Tedder on this album’s lead single ‘Fuh You’).

On Egypt Station, that all adds up to a surprisingly vibrant, innovative and urgent collection of songs. Tunes like ‘Dominoes’ and ‘Back in Brazil’ are stylistically bold, retaining the familiar McCartney stamp but pushing out into new tones and moods. The closing coda on ‘Dominoes’ could have come off a Honne album. ‘Back in Brazil’ deploys a fruitful mix of robotic clarinet and bossa nova drums – which sounds ghastly written down, but is quite mesmerising on the record. Elsewhere, ‘Who Cares’ sees our septuagenarian hero ripping into falsetto whoops and sandpaper-throated bellowing that calls back the vocal glories of ‘I Saw Her Standing There’ and ‘Helter Skelter’. ‘Caesar Rock’ is a strutting yet tender declaration of love, again featuring McCartney’s best Little Richard bellow and some sly funk guitar.

76-year-olds aren’t supposed to sound like this. What does your grandpa do with his retirement? Garden? The crossword? Paul McCartney howls into microphones like a wounded bear.

It’s not perfect, of course. Any album that stretches to 16 tracks is going to contain some fat, and forgettable tunes like ‘Do It Now’ and ‘Confidante’ could have been consigned to the cutting-room floor without too much loss. Some of the lyrics are shockingly bad, and there are also times when Greg Kurstin’s production lets the album down. The intro to ‘Come On To Me’ sounds like the first efforts of a bumbling Mott The Hoople tribute act, thin as carboard. Compare that to the gigantic riff that kicks off ‘Hunt You Down/C-Link/Naked’ and you have to wonder whether somebody forgot to recall a demo version at some point. Luckily, Egypt Station’s finer qualities far outshine its clangers, and there’s still plenty to love.

The album also has to contend with McCartney’s latter-day image problems. His performances at the Queen’s Diamond Jubilee and the Olympics should have been defining moments in an already stellar career. Instead, they ended up cementing him in the undeserved position of awkward national dad. Something about his jaunty cheeriness, the ‘yeah!’s and ‘woo!’s, the thumbs-ups, has started to feel a bit cringeworthy. The godfather of psychedelia is somehow no longer cool. There’s a PR battle to be won.

That optimistic streak is definitely present on Egypt Station – ‘Happy With You’, for example, features the wince-inducing lines: ‘nowadays my days don’t have to be sad, ‘cause I’m happy with you; I got lots of good things to do’. Ouch. But it’s tempered with some darkness – the existential doubt of ‘I Don’t Know’ and the primalism of ‘Fuh You’ – and some more profound moments. ‘People Want Peace’ starts off with McCartney in doubtful form, telling everyone he’s got something to say (go on then), but then peaks on the straightforward but poignant chorus: ‘people want peace; a simple release from their suffering’. At a time when tribal infighting is building in the West, it’s not a bad mantra.

Here’s the thing. If a man like Paul McCartney wants to be determinedly, maybe even mawkishly, optimistic, we should probably listen. A man who has accrued more fame and glory than almost anyone else of his generation; who has endured the death of one wife and the divorce of another; who saw his best friend assassinated in the streets of New York; who has lived his life under a giant magnifying glass of public scrutiny: he probably knows a thing or two. If Egypt Station comes with a sheen of sentiment that seems unexamined at first glance, it’s best to look again. Don’t let the young-man pose fool you. McCartney’s call to be your best comes from a deep, deep well of experience.

And the tunes are pretty damn catchy, too.

Paul McCartney: the godfather of rock at the O2