Our Favourite Wizarding World Easter Eggs in Fantastic Beasts: The Crimes of Grindelwald

The latest Wizarding World chapter, Fantastic Beasts: The Crimes of Grindelwald, is full of many magical Easter Eggs from the world of Harry Potter, did you spot them? No worries, we did! To celebrate the release of Fantastic Beasts: The Crimes of Grindelwald, available on Digital Download now and 4K Ultra HD, Blu-ray, 3D Blu-ray and DVD on 18 March, we’ve pulled together five of our favourite spots from the film, but can you spot anymore? 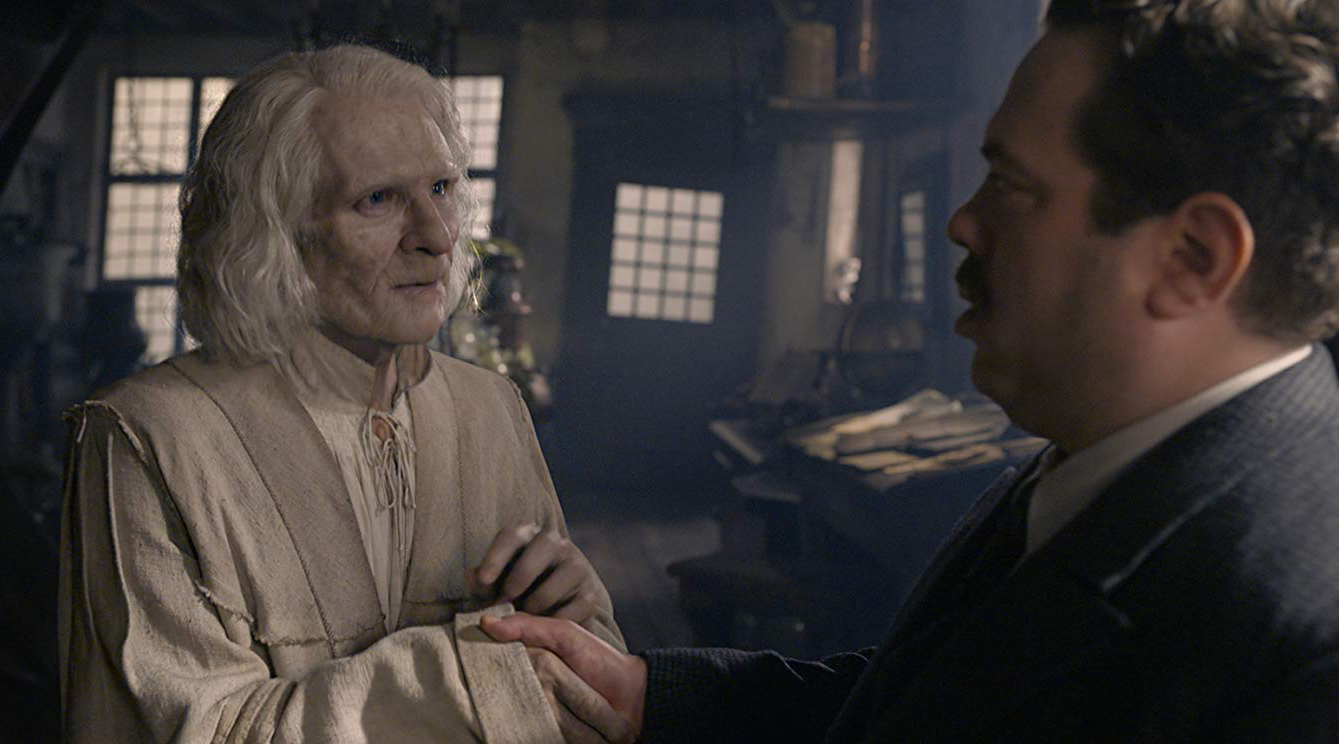 During Newt’s travels through Paris he visits a safe house suggested by Dumbledore… which happens to belong to the one and only Nicolas Flamel. A familiar figure to Harry Potter fans, he is of course the wizard who created the Philosopher’s Stone, which grants immortality. Flamel’s creation is the centre of Harry Potter’s first adventure in Harry Potter and the Philosopher’s Stone, where Harry and his friends discover the mystery of what lies underneath the feet of a three-headed dog called Fluffy. Additionally, Flamel first appears on Harry’s first Chocolate Frog card as a very pale and old wizard; which is no different to how he appears in The Crimes of Grindelwald. Flamel equally plays an important part in The Crimes of Grindelwald as he helps relieve the darkness cast by Grindelwald which drowned Paris.

THE MIRROR OF ERISED 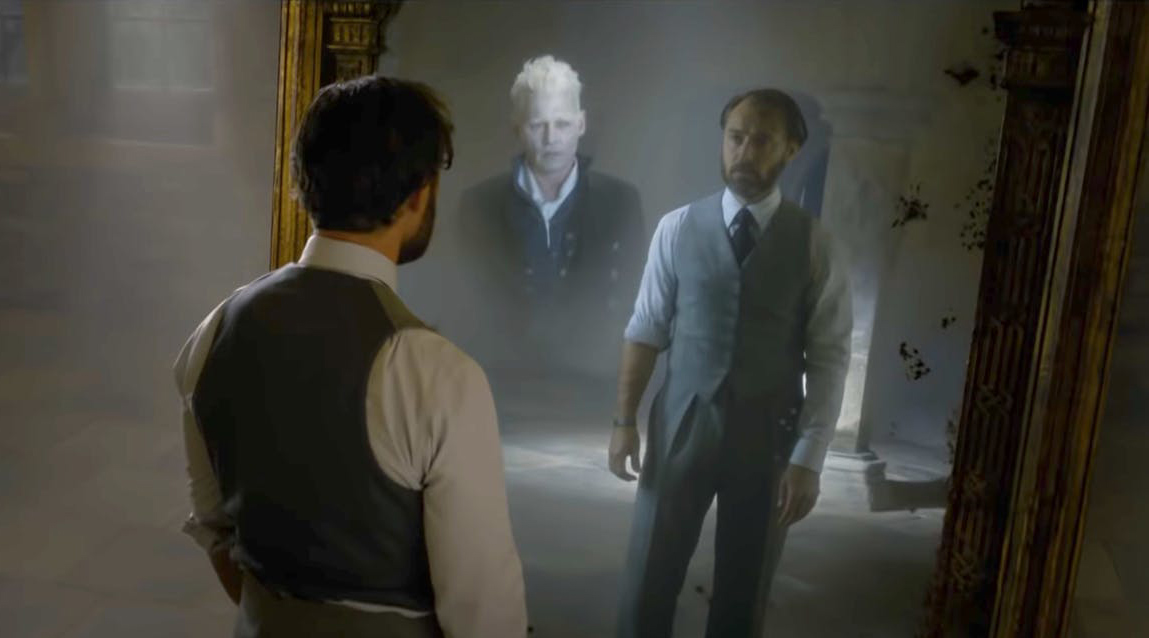 The Mirror of Erised, a magical mirror which shows your greatest desires. The mirror first appears in Harry Potter and the Philosopher’s Stone, when Harry stumbles across it seeing his parents reflected back at him, but he quickly learns from Dumbledore it’s not real and one shouldn’t become fixated by it. In The Crimes of Grindelwald we learn that Dumbledore may be speaking from experience… In one of the scenes we see him stare into The Mirror of Erised and reflected back at him is a young Grindelwald. We are yet to find out what this really means. 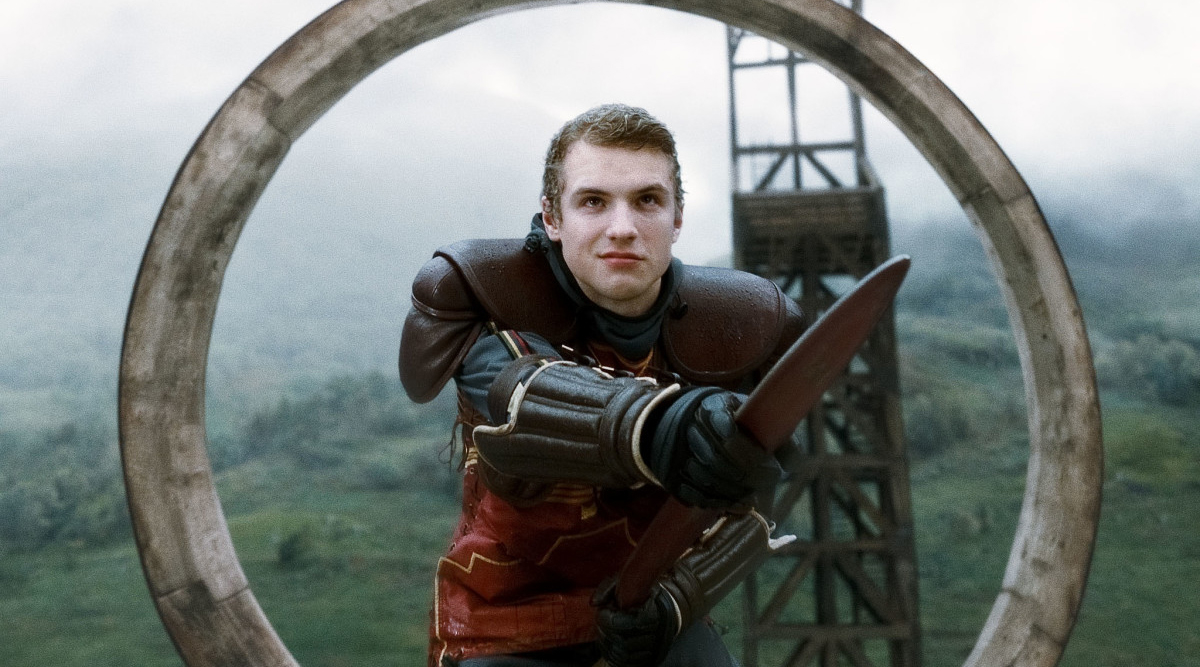 There are many familiar family names mentioned in The Crimes of Grindelwald, one of them being McLaggen. Many Harry Potter fans will know the ‘McLaggen’ name from Harry Potter and the Half-Blood Prince, which features Cormac McLaggen, an obnoxious and cocky character who tries to woo Hermione. The McLaggen name is mentioned when members of the Ministry interrupt Dumbledore’s Defence Against the Dark Arts lesson and Dumbledore shouts “McLaggen” asking a student to leave the room. But a McLaggen ancestor isn’t the only one, can you spot any more ancestors? 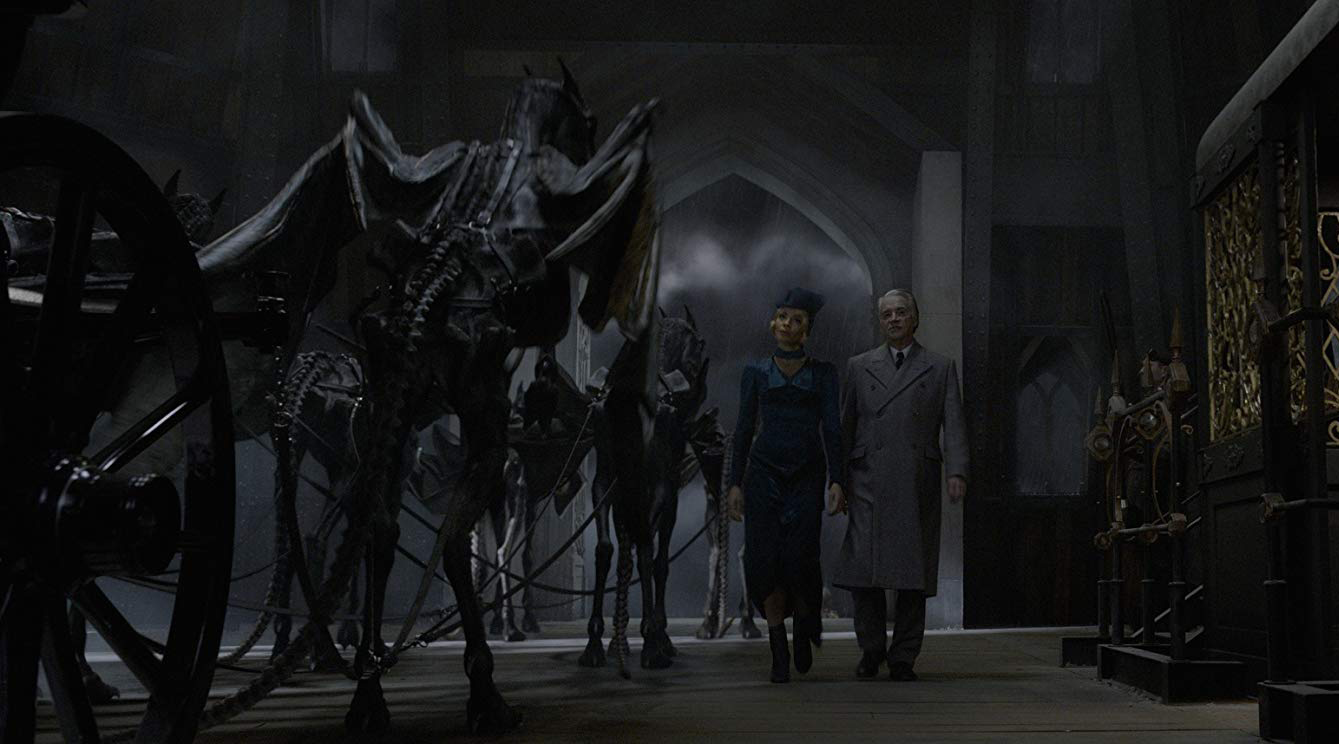 We first learn about Thestral’s in Harry Potter and the Order of Phoenix, when Luna Lovegood explains to Harry that they can only be seen by those who have witnessed death; in Harry’s case it was Cedric Diggory. We meet Thestrals again at the beginning of The Crimes of Grindelwald, when the scaly winged creatures are pulling the cart that is transporting an escaped Grindelwald.

THE CEILING IN THE FRENCH MINISTRY OF MAGIC 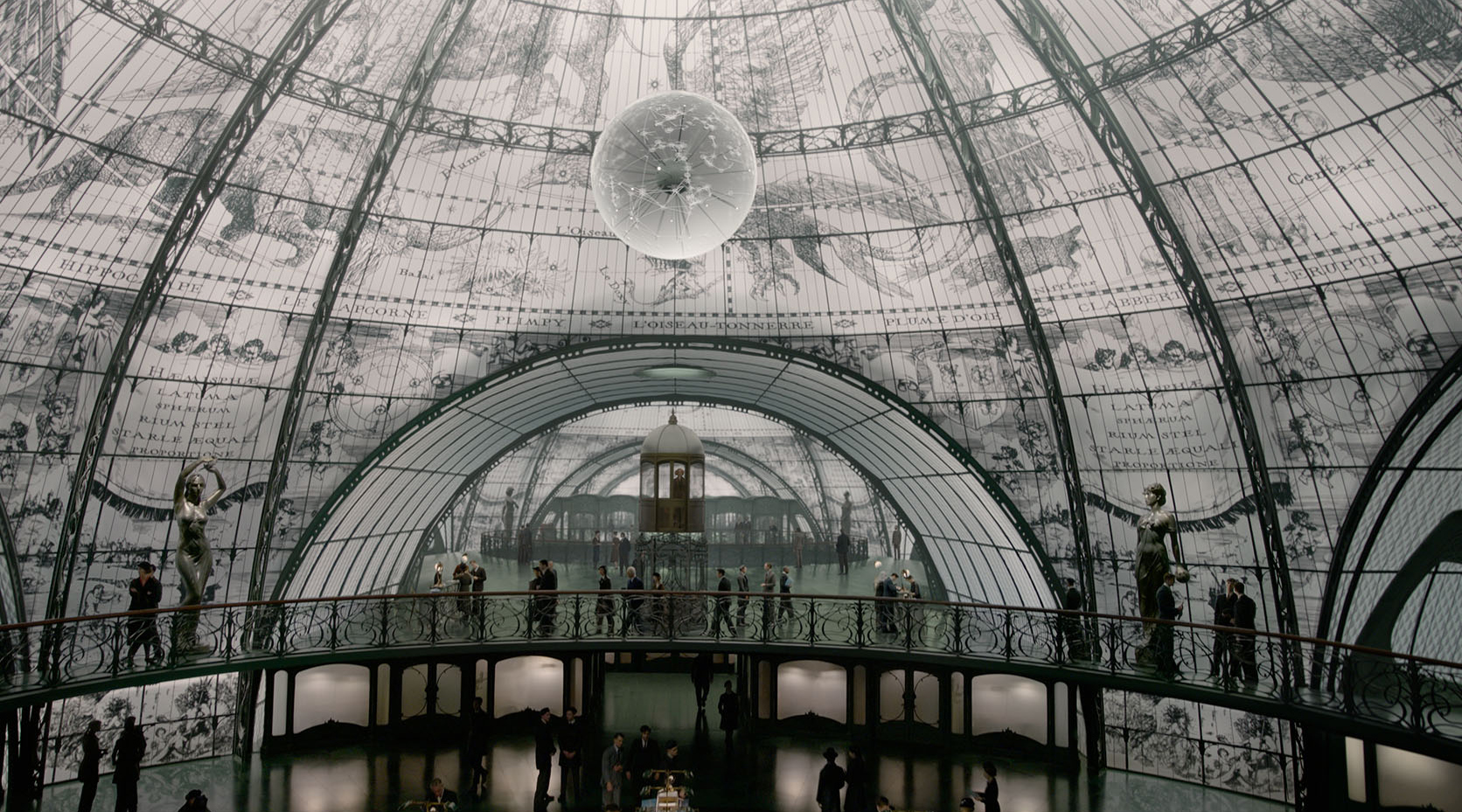 A less obvious Easter Egg appears on the ceiling in the French Ministry of Magic. If you look close enough, the ceiling lists a variety of magical creatures, two of which (Plimpy and L’Éruptif) have a direct connection to the Lovegood family. In Harry Potter and the Deathly Hallows – Part One, Harry, Hermione and Ron pay a visit to Xenophilius Lovegood (Luna’s dad) who mentions the creature Plimpy several times and how Plimpy soup is a family speciality. Additionally, Hermione notices a horn of a L’Éruptif hanging on his wall.