This review contains spoilers for episode one of the series.

Reductive and cliché though it might be, crime thrillers – particularly those, such as Norskov, that also fall under the umbrella of Scandi noir – tend to fall into one of two categories when it comes to narrative pace. Some adopt a kind of ‘in the deep end’ approach to storytelling; chuck bits of everything – characters, backstories, relationships, locations, foreshadowing, and whatever shadowy crime goings-on are going to fuel the series – at the screen immediately and let the audience deal with, or lap up, the consequences. Others, though, put the pieces on the board, and it’s only later that they start to fall into place, with the earlier episodes and the premiere dedicated to establishing connections.

After one episode of Norskov, it’s hard to say which of the two approaches it’s going for. In some ways, that statement is a cop-out on my part, a failure to define the show one way or another. But that failure of definition is a fault of the show itself. Norskov seems slow-burn at first: in the wake of a near-death cocaine overdose by an adventurous teen, Tom Noake (Thomas Levin) – the resident ‘small cop who became a big cop who becomes a small cop again’ – is assigned back to Norskov to clean the place up. There is significance in his return, signifying how serious the problem has become, but not necessarily any pre-requisite urgency; drugs might be a problem, but they’re not a ticking time-bomb kind of problem, rather the sort that’s solved slowly and wholly uncertainly.

Coupled to this basic pace embedded in the narrative are various plotlines that all seem set up to be explored slowly and methodically. Tom’s return sparks a rekindling of his tryst with Diana, with whom he has history, but who now is a troubled addict-cum-recoveree herself. Diana’s relapse leads to her son, Oliver, being questioned by the police, and being suspended just as he’s about to make the leap to budding professional ice hockey player for the local club.

Yet by the end of the first episode, all of these elements have moved on in one way or another: ‘misunderstanding’ sorted, Oliver is reinstated, makes his pro debut, scores the winner and basks in the adulation of the crowd. Tom and Diana fall out over her addiction and his cold demeanour, leading to her hasty departure. And then, to close the episode, she’s found, car overturned, not breathing, dead. So wherever we were going early on, we’re going somewhere very different now. 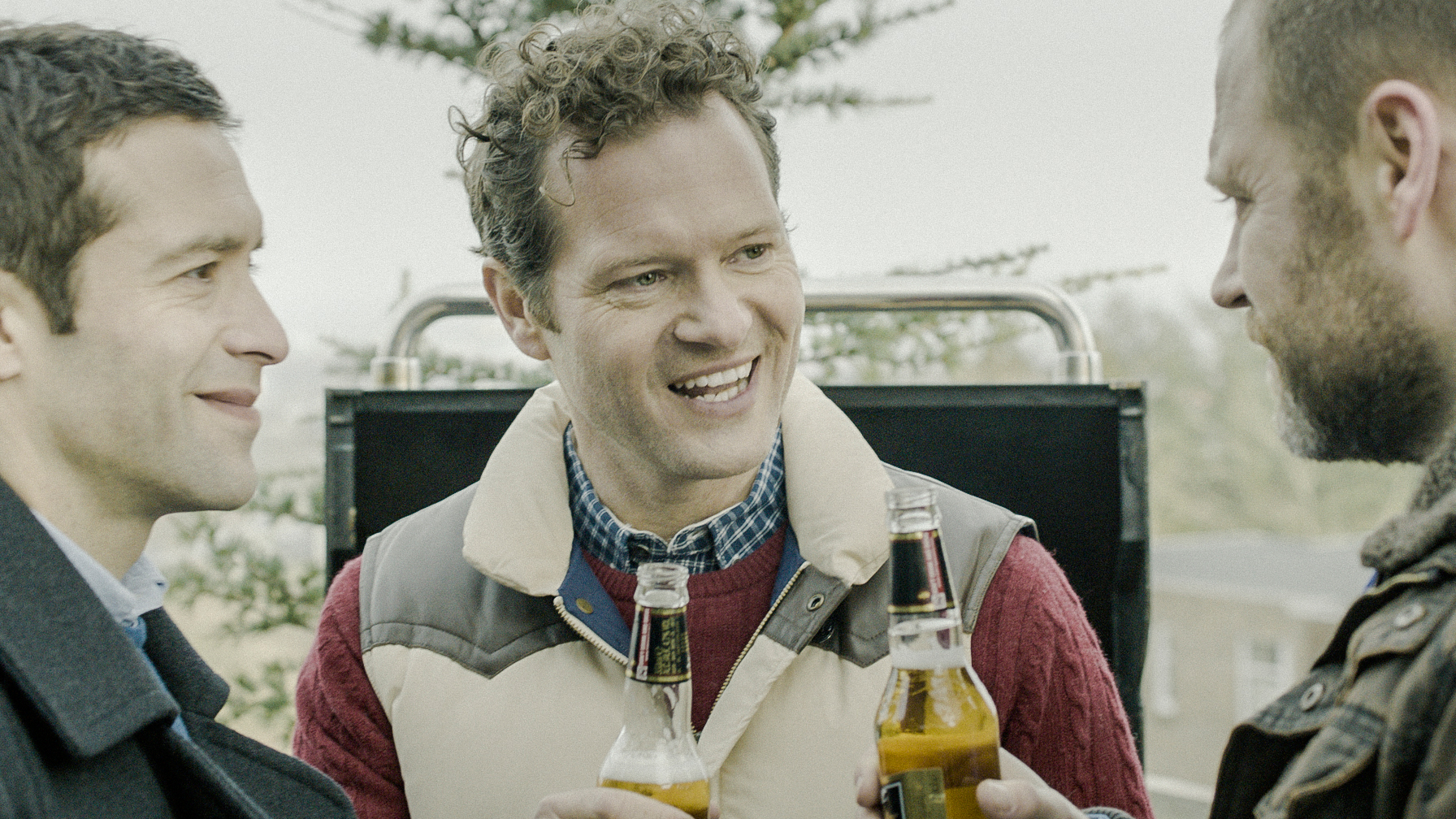 In terms of entertainment-value, they’re interesting developments, that are likely to throw the remaining characters into compelling situations as the series goes on. Moreover, neither approach –slow-slow or fast-fast narrative pacing – is objectively wrong. Both have their benefits, both can lead to great drama. But Norskov is, if anything, slow-fast, one type then the next, and this shift of gears carries with it two noticeable problems. Firstly, the narrative stimulus for the sudden and jarring speed-up isn’t really there. There’s no new character popping up with their own agenda that runs counter to those of others and complicates things. There’s no investigative development that carries with it a smaller and temporary ‘time-bomb’ premise to roll over into the second episode.

Diana’s death – the de facto stimulus for what’s to come – is essentially a matter of ‘bad luck’, and in the world of fiction, ‘luck’ can, without the right conditions, seem a thinly veiled route to contrived plotting. This or that ‘needs’ to happen to move the story forward, so this or that just… happens. As an on-and-off addict with a troubled relationship with her son, Diana’s argument with Tom wouldn’t seem to be anything particularly new; yet it’s this argument, on this night, that presumably saps her focus on her driving, and leads to her death.

The second problem is more substantial: Norskov doesn’t seem to offer a premise that has a large volume of narrative to draw from. Without creepy, suspicious or maliciously dangerous variables or characters in play, it’s hard to see how it can be anything other than a slow-burner, to say nothing about the fact that it would work so much better as one. Norskov has the makings of an interesting show about drugs, small town politics, and the long-term friendships at the heart of both themes. What is doesn’t seem like is a show that is capable of burning through narrative quickly for the thrills. But as proved in episode one, and in myriad other shows and films, a lot can change in a short space of time; perhaps the key won’t be the endemic presence of drugs and drug use, but of the dealers and suppliers behind the scenes. Whether the kingpin versus cop trope is sustainable is another matter, but for now that’s just speculation anyway.

Away from the narrative pace, there’s an array of intriguing characters, headed by protagonist Tom, who stands as a refreshing alternative to the usual Scandi-noir hero. Yes, he’s a cop, and yes, he broods more and more as the episode goes on – and with Diana’s death, he may yet become a brooder like the best of them – but he comes across as an intentional charisma vacuum. Perhaps it’s Thomas Levin’s goofy wide-mouthed grin that’s plastered over his face at regular intervals, perhaps it’s the fact that his return isn’t – yet – a case of ‘the disgraced son returns’, but he’s warm and cold in vastly different ways to how Scandi-noir cops usually are. His demeanour while denying Diana comfort that he’ll ‘handle’ the case surrounding Oliver was unerringly professional, a far cry from their earlier frivolity, and he seemed genuinely comfortable reuniting with his childhood hockey-mates, even if the two – one now Tom’s brother-in-law and the Mayor, the other Diana’s brother, and a foreman of sorts within the local industry – may be hiding more than we know thus far.

Ultimately, how one receives Norskov is a matter of faith, as there isn’t enough in the premiere to condemn or convince the viewer entirely. Glass half-full, and there’s certainly potential in the setup and those characters involved. Glass half-empty, and there’s a danger that the narrative might be going slightly too quickly to fully exploit that setup or those characters. One to keep an eye on, then…