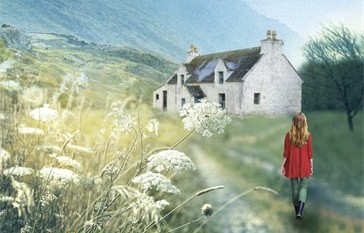 Game of Thrones Season 5: What To Look Forward To 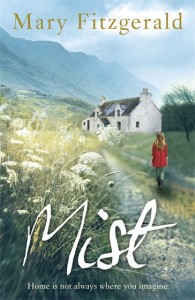 Whatever form they come in, relationships can be wonderful, tense or fraught with difficulties. In Mist by Mary Fitzgerald, the relationships within the Williams family are all of these things, as well as beautifully exposed.

The novel tells the story of Matthew, a 21-year-old college drop out who inherits his grandfather’s farm in North Wales and decides to leave his native Canada to embrace the farming lifestyle. In doing so he leaves behind his estranged father John and doting mother Lydia, who are having marriage problems of their own, and meets Lark, a mysterious and alluring woman searching for the place she can call home.

Mist itself, however, is less plot-driven, and more a character study. Beyond the initial stimulus of Matthew’s decision to move to his new farm, the novel shifts into an exploration of places and the people within them. In spite of the few archetypal characters – Griff Parry is a bit clichéd in the typical bumbling villain role, for example, and even Matthew is disappointingly two-dimensional at times – others such as John and particularly Lark are much more enjoyable to read about.

Taking prompts from some good, old-fashioned Welsh folklore, Lark is suitably elfin and ethereal, at times bordering into the mystical as her uncanny abilities to get a read on people and “read minds” are mentioned often. When we first meet her, Lark is a dreadlocked traveller at a festival who has been wandering the country for years and hitchhiked her way into Matthew’s life and onto his farm. Although this is undeniably a story of the Williams family, it would be more accurate to label Lark as the novel’s primary character – this is her story, so it’s a good thing she is the most interesting player.

The stand out feature of the book, however, is the very thing that ties these characters together – Cariad Elin, or the farm that Matthew inherits. The place means different things to different people; for Matthew it’s a chance to branch out from his parents’ influence and have a go at making a life for himself, for John it’s his childhood home and tinged with memories of a distant father and a strict upbringing blighted by the memory of his mother’s early death. For Griff Parry, it means money. Either way, it’s a place steeped in history and legend (you don’t get a name like ‘Dearest Elin’ without a story or two behind it) and vividly described in the kind of way that makes you want to head into the Welsh mountains to experience for yourself, or at the very least a large open space.

While it’s not necessarily the most action-packed and gripping book you’re likely to read, Mist has an intrigue entirely of its own and explores the subject of fractured relationships and fresh starts with beautiful prose. It’s an easy read, but one with plenty of atmosphere that’s bound to captivate you.

When I Was Young – Mary Fitzgerald Review