Runaways continues the slow progression of the kids finding evidence of their parents’ crime plot, this week featuring a spy mission to infiltrate Tina Minoru’s office during a charity event.

Last week’s reveal that creepy, mysterious Jonah was the man The Pride have been trying to heal all season is followed up by this week with a flashback showing how he blackmailed them all to do his bidding for the last 15 years. So far Jonah feels like an extra character the show just didn’t need – and he’s yet to be a particularly interesting one. The only vaguely interesting part to his character is the twist that he’s Karolina’s real father – which may be the show’s way of getting around her alien heritage.

Karolina is undergoing the most interesting arc of the children, as she struggles to accept who she is both in terms of her powers but also her sexuality. Gert notices the chemistry between her and Nico and attempts to befriend Karolina, who feels threatened, so instead makes a move on Chase – leading to the most awkward kiss in the world. 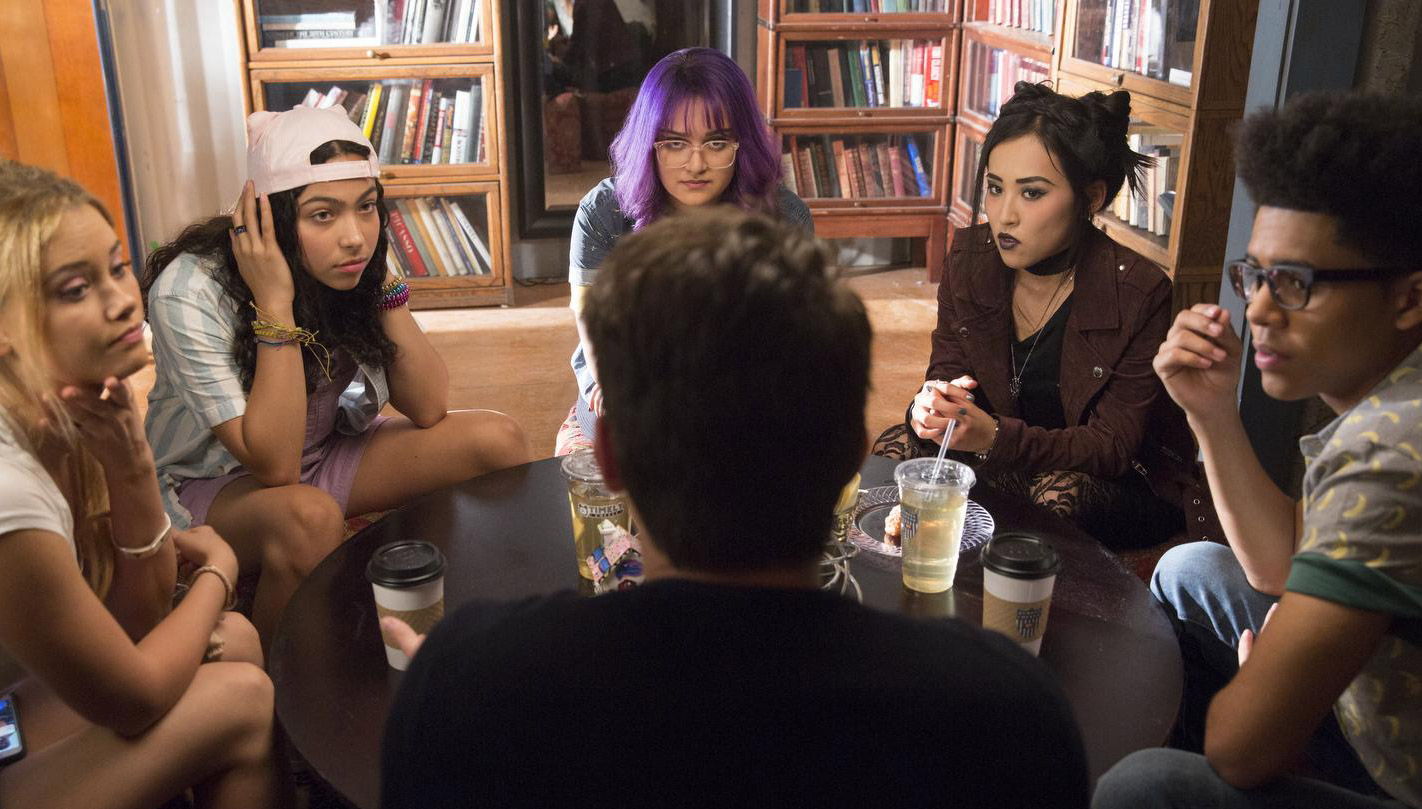 The other main character showcase this week is Gert, who by flirting with a few security guards shows off a knack for lowering people’s guards. It’s nice to see a more confident side to Gert, but it’s basically all undone when she finds out Chase kissed Karolina. After she tries to befriend Karolina earlier in the episode this seems to keep them poised as rivals. This love triangle is hardly my favourite aspect of the show but if they are reworking it into a way for Karolina to come out, it could be one to grow on me.

Tina Minoru is noticeably softened this episode, in an obvious attempt to make you care for the fact she’s being cheated on. Her scenes with Nico this week just feel totally out of character, with her teaching Nico how to use the staff of one and actually bonding with her child. This makes Nico, who has been the staunchest believer in the ‘our parents are evil’ brigade, begin to doubt whether they could be murderers – even as they search for video footage of all the past sacrifices. This whole plotline is one that the show is clearly going to drag out to the finale, even as the kids find more and more evidence that their parents are bad.

This episode ends with Molly accidentally blabbing that she saw the parents at the ritual in the first episode, which will put the entire group in danger. The way this is handled, with Molly attempting to get info on her parents, is understandable but as a whole, her storyline this week shows how she isn’t able to handle the spy work mission.

The snail pace of Runaways continues to be really tiresome, with so little having happened since the show began. It’s becoming increasingly evident that the writers are essentially staling their way to the finale but it just raises the question of whether this 10 episode season was too long for the story they wished to tell.