James (Jonas Chernick), a scientist attempting to invent time travel, is stunned when Jimmy (Daniel Stern) barrels into his life one evening. Jimmy, you see, is James. From the future. And he’s come to demand that his past self change his ways.

It turns out that – in the present timeline – James does manage to invent time travel, but it ruins his life. He loses his one true love, fellow scientist Courtney (Cleopatra Coleman). He isolates himself from his sister (Tommie-Amber Pirie), the only family he has left after his parent’s death in a plane crash. He becomes a lonely, miserable human being. Jimmy wants to stop his past self from making the same mistake he did: he wants him to not invent time travel. To quit all his research right now. This being his life’s work, James is loath to do so, but Jimmy isn’t giving up without a fight.

James vs. His Future Self is one of those frustrating movies that takes the germ of a good idea, and then proceeds to do nothing with it. To a degree, all films that deal with the manipulation of time are convoluted and stretch logic, but the best ones (Happy Death Day springs to mind) acknowledge it, or – as in Safety Not Guaranteed – dance to an altogether different tune.

In James vs. His Future Self, the ‘rules’ of time travel are rarely touched upon, and when they are, it’s usually in an attempt to wave away something so nonsensical that it wouldn’t bear ignoring. For the most part, the film just waffles along amiably with no sense of pace or direction. It’s sort of a romantic-comedy, but the romance is unconvincing, and the comedy isn’t funny (more on that in a moment). All in all, it’s pretty much a mess. 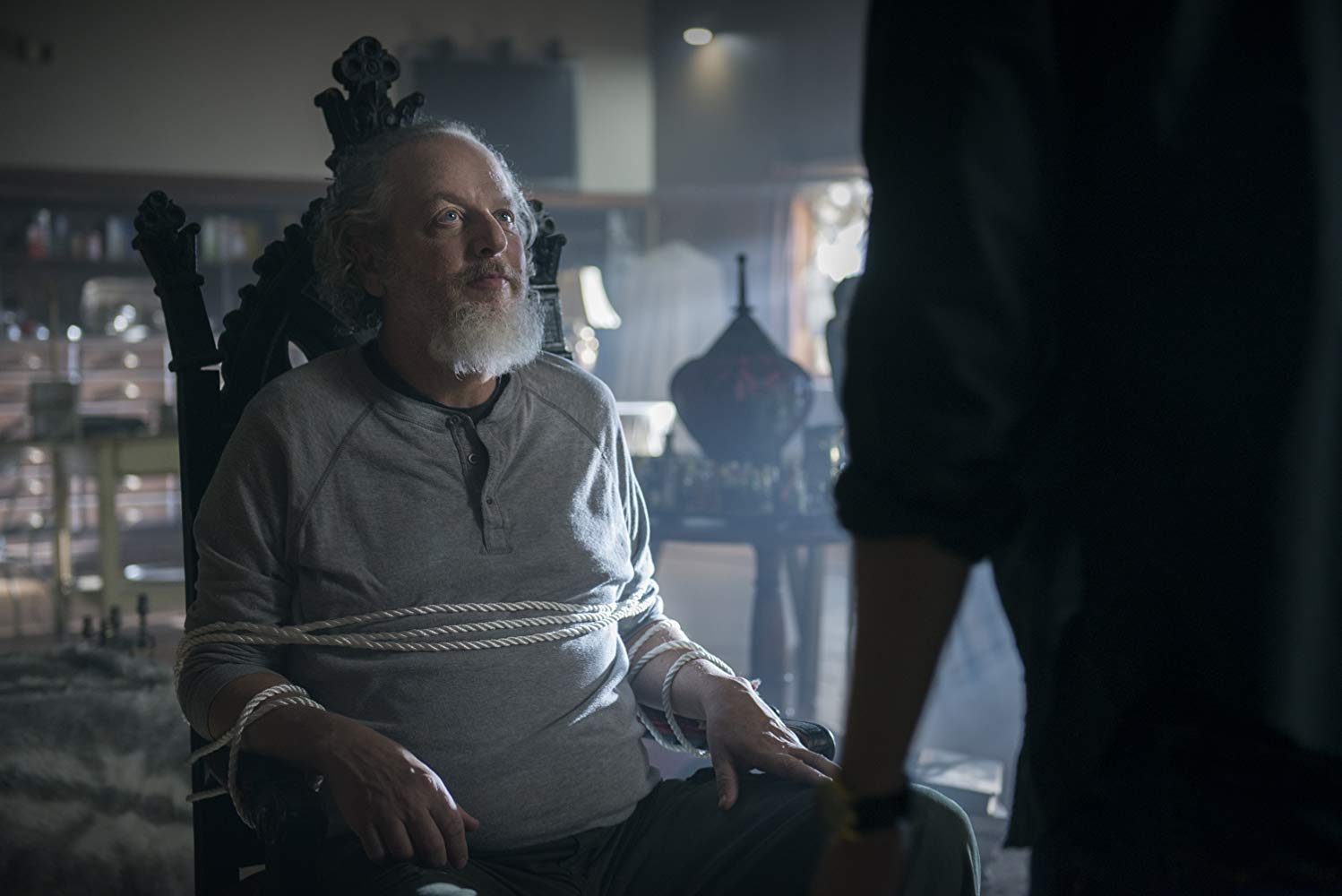 Almost as frustrating as the wasted potential of the idea, is the relentless puerility of the comedy. There’s a phalanx of dick jokes, delivered with the giddy enthusiasm of a teenage boy who has just discovered them. It’s meant to be hilarious that the only way of proving that James and Jimmy are the same person – after all, actors Jonas Chernick and Daniel Stern look nothing like each other – is that they have ‘identical dicks’. This joke is repeated multiple times. Also featured: comedic burping. Sigh.

As far as the acting is concerned, no one is egregiously bad, but the sole person who impresses is the ruggedly charismatic Daniel Stern. James vs. His Future Self only ever comes alive when Stern is on screen. If James does as Jimmy says, and time travel is never invented, then Jimmy will cease to exist. Both versions of James consider that a good thing, but as an audience, it’s hard to agree.

The final scene is the movie’s best. It’s a lovely, romantic moment; a glimpse of the film this could have been if handled with wit, discipline and creativity. Unfortunately, in all three areas, James vs. His Future Self is sorely lacking.