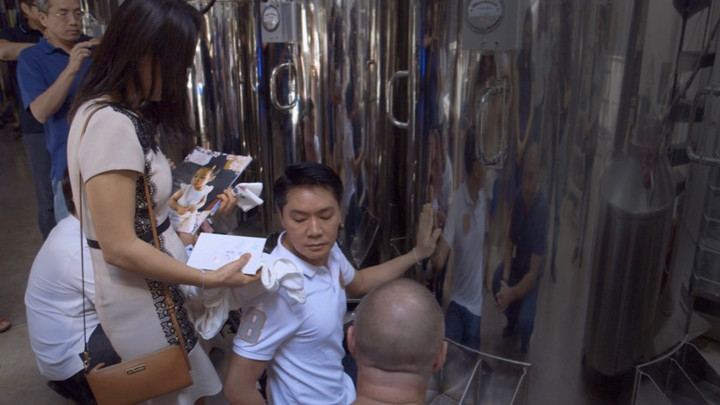 The Naovaratpong family face tragedy when their two-year-old Matheryn, affectionately known as Einz, dies of brain cancer. But that isn’t the end of her story, or it won’t be if they can help it. Father Sahatorn is a laser scientist, and he started reading up on cryonics as soon as Einz received her terminal diagnosis. After a long time spent convincing his wife Nareerat, he arranges to have his daughter frozen at the point of death, with the intention of bringing her back to life when such things are possible. Hope Frozen follows the family as they deal with the choice they have made, the subsequent media firestorm and their all-consuming grief.

This is a very sensitive feature. To a degree, it has to be. The grief of a family who has just lost their tiny child is a huge, profound thing, and deserves to be treated with the utmost respect. It never feels as if director Pailin Wedel is exploiting the family, or intruding. She keeps a discreet distance as Nareerat, Sahatorn and their eldest son Matrix go on their separate emotional journeys.

Unfortunately though, that sensitivity comes at a price. The field of cryonics is such a fascinating moral minefield, and has the potential to be the subject of an exceptional documentary. Hope Frozen is not that documentary. Wedel’s film, perhaps out of fear of further upsetting the grieving family, just doesn’t ask enough questions. We are shown a few clips of the outcry Sahatorn faced when he went on TV to explain his decision (Einz was the youngest child in the world to be cryopreserved, hence all the media attention), but those clips only give us a few answers. 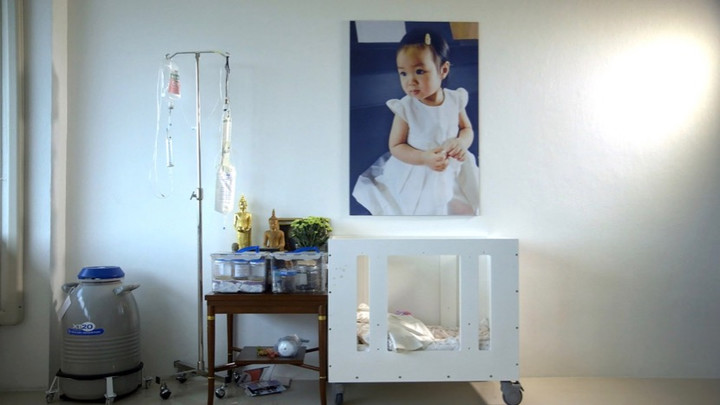 The Naovaratpongs are clearly a very rich family, and cryopreservation must cost a lot of money, not least for all the travel between Thailand and the lab in Arizona. But the subject of finances is never breached. Neither is the question of climate change, and how that is going to affect the planet that Einz may wake up to.

Another avenue Hope Frozen doesn’t explore enough is how Sahatorn wanted the cryopreservation to happen – ‘We did it because I asked to’ – and Nareerat didn’t, at least at first. It always seems like she is holding back. There’s a heart-breaking scene when the family tour the cryo-lab where Einz is frozen, and Sahatorn walks round with geekish glee at all the equipment that surrounds him as Nareerat cries silently in the background, unnoticed by her husband. She spends most of the documentary silently in the background. Again, it would be a difficult line to tread, but the decision to not even try and discover what she really thinks about things makes the film suffer.

Sensitivity is vital in documentary filmmaking, but it should never come at the expense of asking important questions. In Hope Frozen, Wedel shows a fatal reluctance to delve into any issues that may be awkward to tackle, even though it would have resulted in a far more interesting movie. What a shame.