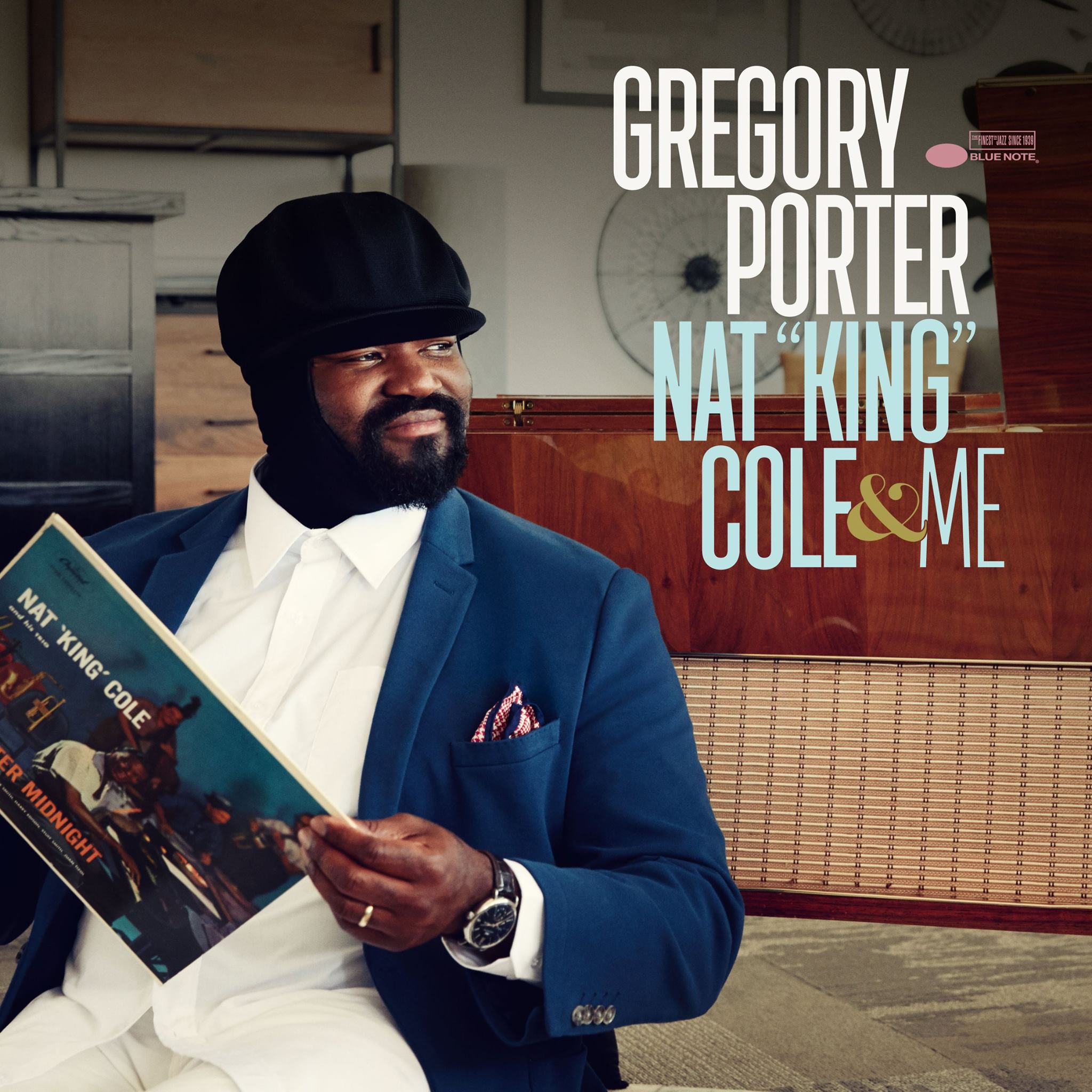 Gregory Porter is the multi-Grammy-winning, hat-wearing baritone who brought jazz back into the UK charts for the first time since Jamie Cullum made crooning cool again. On this, his fifth full-length outing, he’s paying tribute to one of the all-time greats of the genre, Nat King Cole – a man who earned his lofty moniker with classics like L-O-V-E and Smile and one of the great voices in popular music. It’s a hefty challenge – all covers are tinged with unavoidable comparison, let alone a full album of favourites.

Happily, Porter is more than up to the task. Nat “King” Cole & Me is a sumptuous affair, full of gorgeous instrumentation and some seriously warm and wonderful vocal work from the main man. Opener ‘Mona Lisa’ floats serenely out of the gate like a Debussy symphony, and straight away it’s a pleasure to hear the rich orchestration of the originals reworked with modern production techniques, each flute and violin sounding crisp and distinct in the mix. At the end of the song, as the orchestra builds to a tremendous climax, Porter belts out a perfectly held high note, soaring out of his usual mid-range with commendable poise – a feat that is then repeated with even more oomph at the end of ‘Smile’.

There’s a pleasing mix of styles and tempos on offer, with lush ballads like ‘When Love Was King’ mixed in with big band rollicker ‘Ballerina’, the shady late-night intrigue of ‘Miss Otis Regrets’ and ‘Pick Yourself Up’s cheery strut. ‘L-O-V-E’ is a particular joy, recast as an infectious shuffle with Porter pushing the tempo of the original up just a notch and skiffling his way through its well-worn and much-loved clichés.

The marks of a good cover are respect for the original matched with tasteful reinvention (think Hendrix’s take on ‘All Along The Watchtower’ or Jeff Buckley’s now-inescapable ‘Hallelujah’), and Porter’s subtle tweaks here achieve both. He’s not breaking the mould – it’s still a straight-up jazz album – but there’s enough Porter on top of the Cole (any guesses as to who the next covers album should deal with?) to make the listening experience fresh and engaging.

Tackling a legacy this heavily gold-plated is no mean feat, and Porter pulls it off with flair and an obvious sense of love for the material. The risk of a covers album is that it shows up your own flaws and puts you firmly in your heroes’ shadows. Quite the reverse effect is in evidence here – Porter sounds assured, mature and totally in control, that velvet voice guiding you reassuringly through the mix. A big, warm hug of an album, with top-class musicianship at its heart. Well worth your time.