First things first: here’s what we know about season 7 of Game of Thrones, and the remainder of the show overall. We know that season 7 will – instead of the usual 10 episodes – have only 7 (given the polytheistic ‘Faith of the Seven’, the Westerosi ‘Seven Kingdoms’ and George R. R. Martin’s longstanding intention to cap A Song of Ice and Fire at 7 books, it’s a popular and perhaps more than coincidental number for the world of Game of Thrones). We know that those 7 episodes will be longer than usual; where the average Thrones episode runs to 55 minutes, the average for the upcoming season will be around 63 minutes, and the last two episodes will stretch to 71 and 81 minutes respectively. For reference, the previous longest episode, last year’s finale, ‘The Winds of Winter’, was only 69 minutes.

As for the future beyond this season, we also know that season 8, the last season, will be even shorter, at 6 episodes long. Thus, there are 13 episodes of the show remaining; if the last season follows the trend of this one and gets even longer, we may be looking at a final run of episodes running beyond the 90-minute mark into what basically becomes ‘double episode’ territory. And away from run-times, we know that whatever happens over those 13 episodes will be David Benioff’s and D.B. Weiss’s work, linked to, rather than a direct adaptation of, the planned (and long gestating) ending to A Song of Ice and Fire. Since season 5, we’ve been firmly in an ‘alternate timeline’, and the two paths are only going to diverge more as we head towards the finish.

Those are the basic facts. As for what to expect, it’s both very easy, and almost impossible to say. On the one hand: Dany will take the Iron Throne, either marry or kill Jon, the entirety of the living forces of Westeros will merge into one super-army, and it’ll become a straight fight against the Night King, the White Walkers, and the army of the dead. But that simple trajectory ignores the roles of Bran, Arya, Sansa, Tyrion, Littlefinger, Varys, Jorah, Theon, Yara in this super-army, and assumes that Cersei and Jaime simply die in Dany’s conquest. And that’s assuming that a merger and a massive battle are even what’s going to happen. 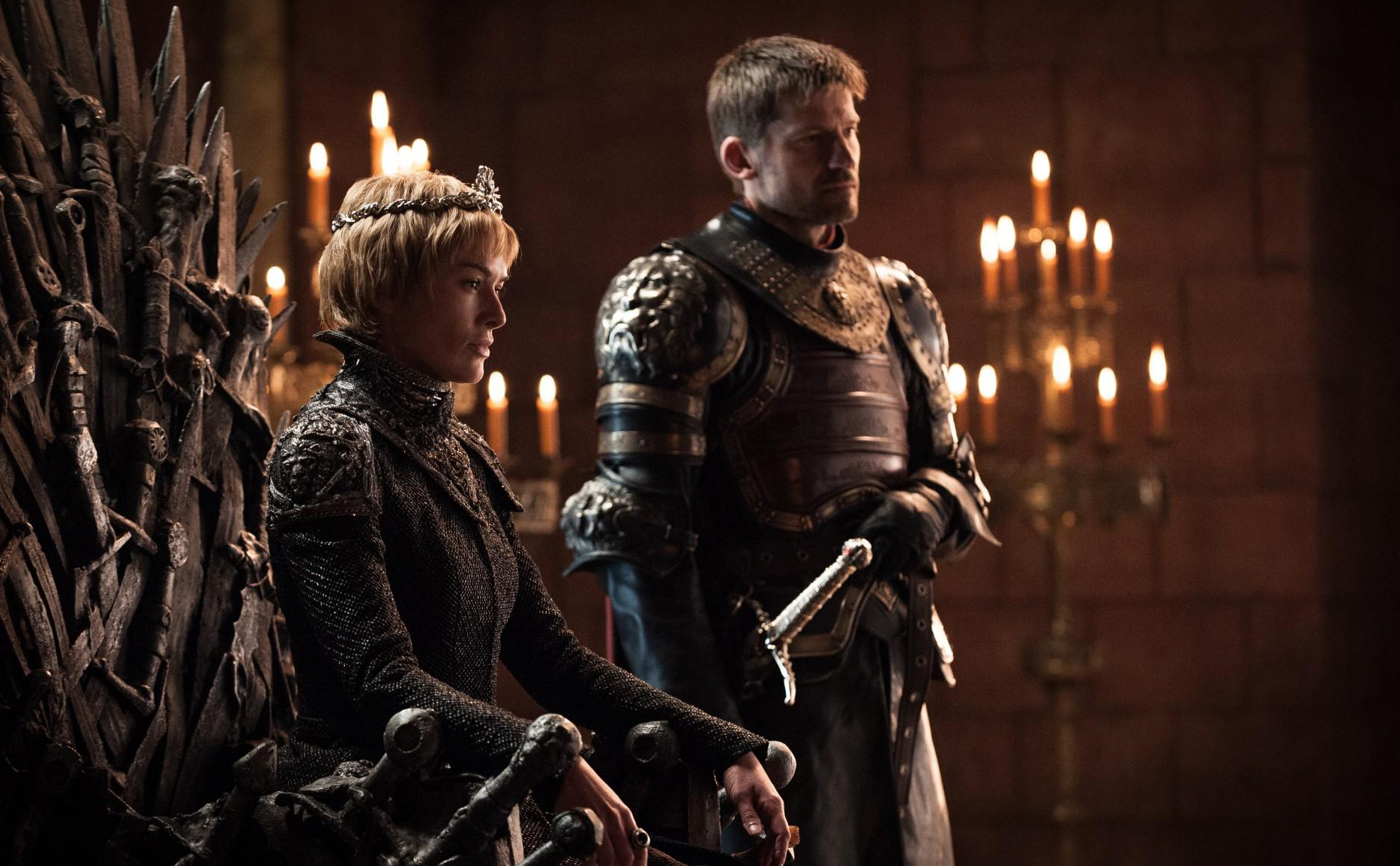 Part of the intrigue and importance of fan theories and speculation about the books are that they can rely on textual artefacts – where GRRM has used innocuous description to sow the seeds of a later revelation (see: Rhaegar + Lyanna = Jon, though that’s yet to be officially canonised in the books, despite the show confirmation) – but also are usually restricted to the specific role of a specific character. Jon’s parentage tells us something about his likely motivations and mind-set – it makes him part-Targaryen, and a non-bastard Stark, for a start – but it tells us nothing about what he’ll do once he finds out. It’s difficult to speculate like that at the level of one character, so while the basic direction of the show seems obvious, it’s a pointless task to speculate at the exact future of the entire show. Thus, as the title of this article indicates, that’s not what I’m interested in exploring. What seems far more interesting to me is this: what do we – the audience and the fans – actually want to happen?

Immediately, of course, that’s a massive simplification; there is no ‘we’, no single, homogenous view of the show. Thrones has as many angles to be viewed from as it does viewers themselves. Some viewers are there only to see how the books get adapted (or to fill in the gap to The Winds of Winter), some couldn’t care less about the books, and yes, some are indeed probably there largely for the blood and nudity. But, to (badly) paraphrase Animal Farm: all views are equal, but some views are more equal than others. Not every Thrones viewer is there to see the Starks win, but glance at coverage of the show through most of the media, and you’d be fooled into thinking it’s a universal view.

Since Ned Stark lost his head in Season 1’s ‘Baelor’, Thrones has had a reputation for unceremoniously dispatching ostensibly crucial characters, cutting short storylines that seemed like they were just getting started. Robb Stark lost his mother, wife and unborn child, even after receiving guest right from Walder Frey by eating the offered bread and salt. Even as the show has veered away from book territory, that trend has continued, with ‘The Winds of Winter’ killing off a glut of characters in King’s Landing, including Margaery, Tommen and the High Sparrow.

Yet while the frequency of deaths has continued at the same prodigious rate, their role within the narrative has changed. There’s still the basic shock value of, say, seeing Ramsay stick a knife in Roose Bolton, but the rationale is different. Before, deaths and developments were utterly within what George R. R. Martin has referred to as ‘gardening’ – sowing the seeds of a plot, and then allowing it to ‘grow’ as seems natural; Oberyn Martell’s death came because he cared more about forcing a confession from Gregor Clegane than he did about killing him. Not only that, but before, deaths were the beginning of plotlines, rather than the end of them; Ned’s death spurred Robb onto war, and so forth.

However, as the show has veered away from the source material, so too has it veered away from the ‘naturality’ of the books too, and towards more orchestrated ‘moments’. Jon, having been resurrected and with all his importance to the eventual ‘Great War’ against the White Walkers, was never going to die in ‘Battle of the Bastards’, yet the trials he faced were made to be so dramatically extreme that his survival seemed ridiculous.

Equally, with only 13 episodes remaining, it’s hard to see key deaths like those of Margaery and Loras resulting in a revenge arc for Olenna Tyrell that is as complex as anything that’s come before. Arguably, the key driving factors now are neither devotion to the source material, nor an adherence to the ‘natural’ direction of the narrative; rather, the focus is on the big moments, and on culling a sprawling cast to streamline the show as it heads towards the end.

And yet, the real issue is that perhaps none of this matters, because the show remains unrivalled, certainly in terms of production quality, and in terms of entertainment value too. The show has transitioned from naturally developing plot, to an artificially directed one, yet its critical and cultural reputation isn’t just intact, but is enhanced. Season 6 is widely regarded as one of the best seasons of the show to date, and has viewing figures to match. As The Walking Dead has become more cynical, more event-based, it has lost viewers and critical appreciation, yet – with more subtlety – Thrones has made the same move yet retained both. 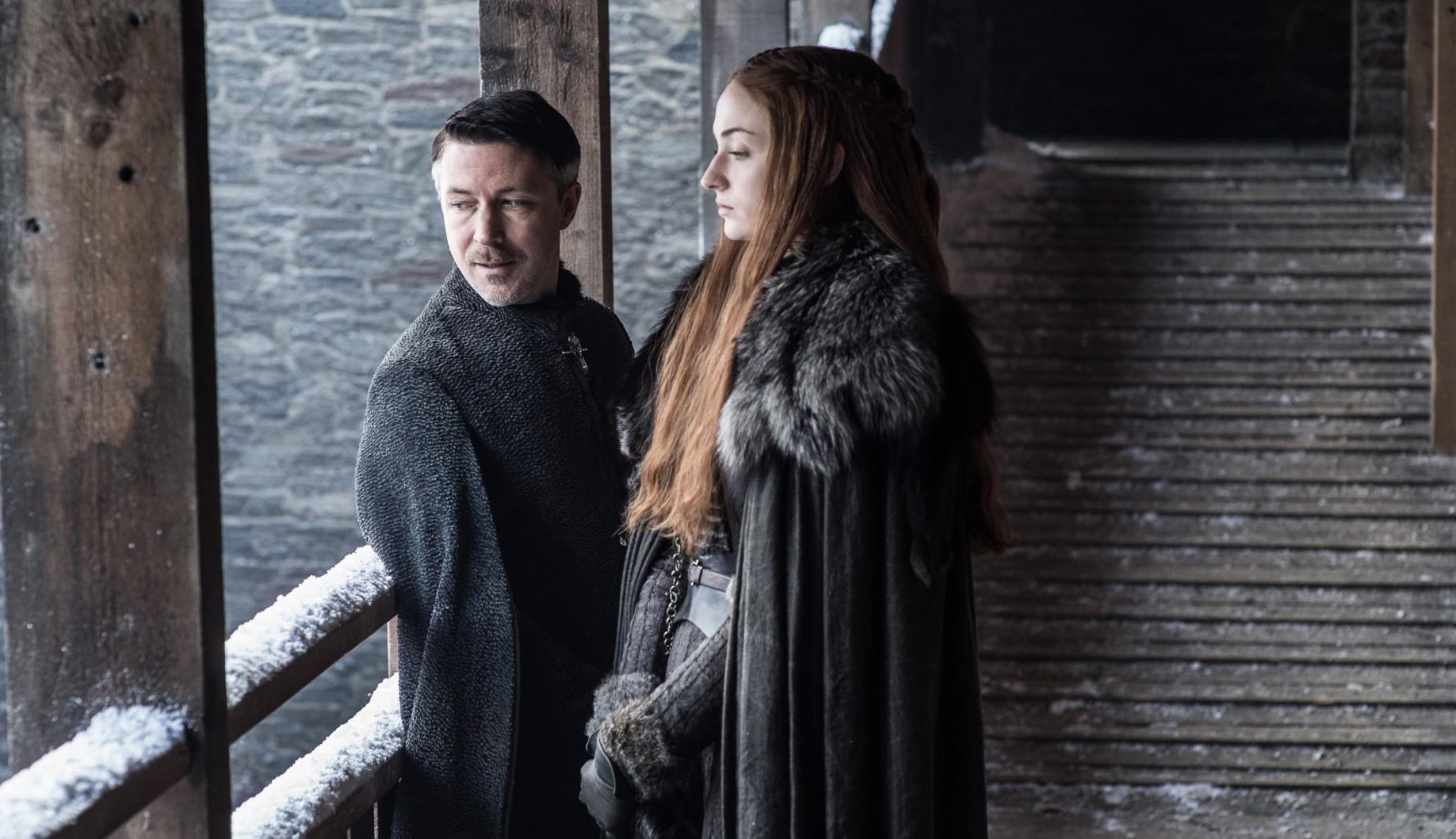 When Ned Stark died, the moment (while wholly expected owing to the books) was lauded as a sign that the show was prepared to take risks, to kill off anyone at any time. Yet if season 7 was to have Littlefinger turn Sansa against Jon, would people really laud it so much if one of the two Starks was to be killed? For Dany to take the Iron Throne, as she seems destined to do, Cersei logically has to die, as does Jaime, unless he becomes the Queenslayer as well as the Kingslayer to stop her ‘burning the city to the ground’ as the Mad King had also planned to do. Yet will either of their deaths be welcomed by viewers who want to see their happy ending? Or alternatively, perhaps Cersei somehow repels Dany, and it is the latter who dies. That certainly would provoke an interesting reaction.

Certainly, fans are entitled to their allegiances – the problem comes when the show follows suit, and turns away from the grey area it has operated in so successfully, towards a ‘good versus evil’ narrative that sees the Starks victorious, and everyone coming away happy.

Of course, 13 episodes of increasing length are still a substantial period of time to fill, enough time for myriad natural developments to occur. Yet things have already begun to speed up dramatically with season 6, and there have been promises in interviews of just how quickly things are going to go in season 7, too. Speed can be fantastic for narrative, turning things upside down in an instant. Yet speed can also mean a rushed plot, held together by audience investment, and not by internal logic.

As we await season 7 of Thrones, there is certainly a lot to look forward to. Let’s just hope that, in the dash towards the end, the show doesn’t throw logic out the window.

The best and worst of Doctor Who series 10