To celebrate the release of Ghost in the Shell on digital download from 24 July, we’ve been searching for some of the most stunning science-fiction landscapes created for cinema. So feast your eyes on these beautiful, other-worldly and brilliantly constructed futuristic locations. 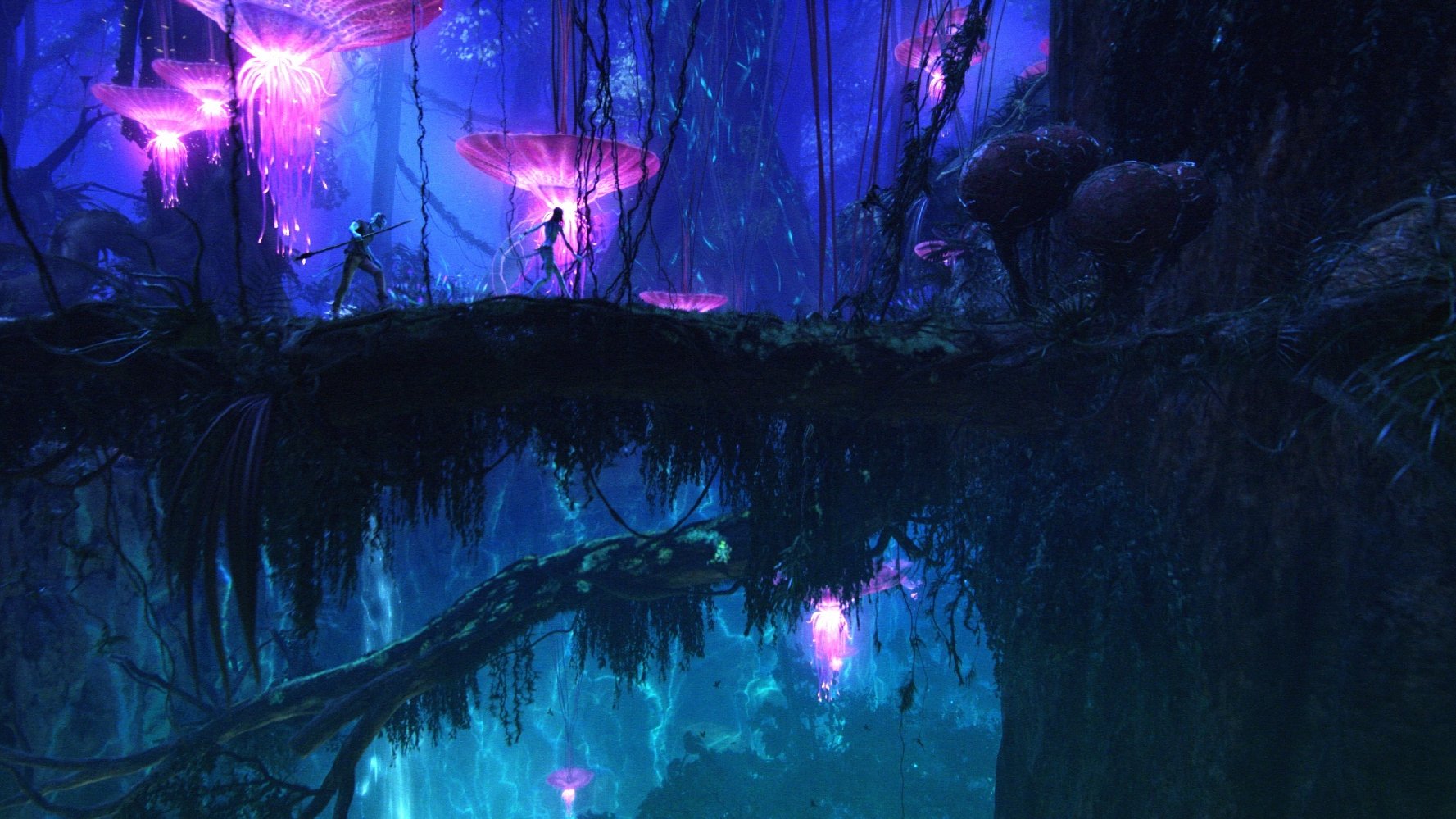 The planet of Pandora seen in 2009’s Avatar is probably one of the most visually stunning and creatively daring cinematic worlds, envisioned by director James Cameron when he was just 19, claiming “I had a dream – a literal dream – of bioluminescent forests and glowing trees.” The jungle alien landscape is just that – a lush, wild world filled with plants of varying shades of blue, purple and green; giant floating mountains, and cascading waterfalls.

2. Ghost in the Shell (Post-Cyberpunk Japan) 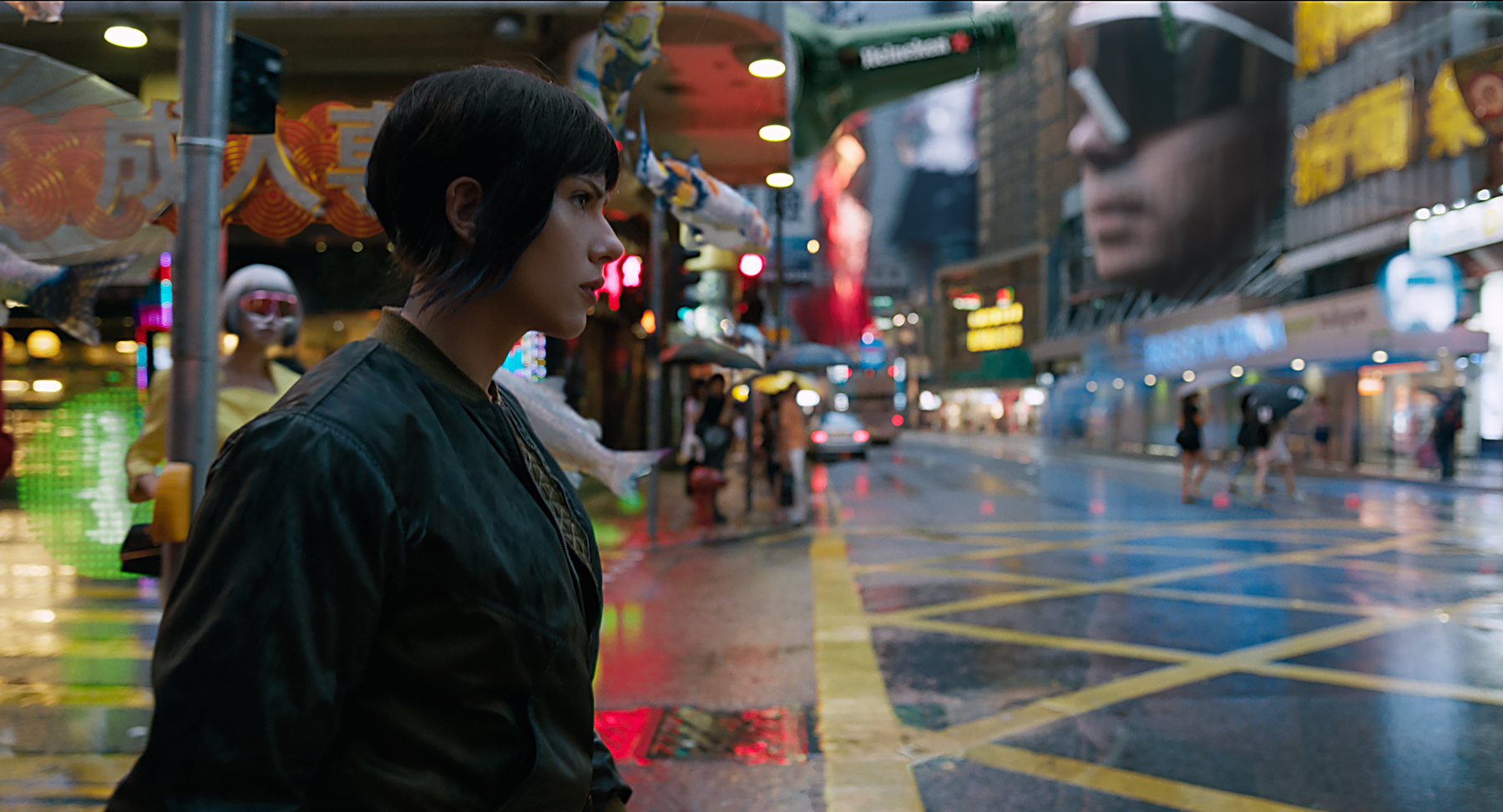 Ghost in the Shell takes place in a near-future Japan, a post-World War III environment which, having destroyed the power and wealth of Earth’s reigning countries, has proliferated the development and use of cyber technology. Consequently, the vast majority of humans in this retro-futurist Japan are augmented with cybernetics, and the environment also reflects this. The cityscape is amplified with lights and visuals that stream through the streets and buildings like veins, bringing this futuristic world to life.

3. Guardians of the Galaxy Vol. 2 (Ego the Living Planet) 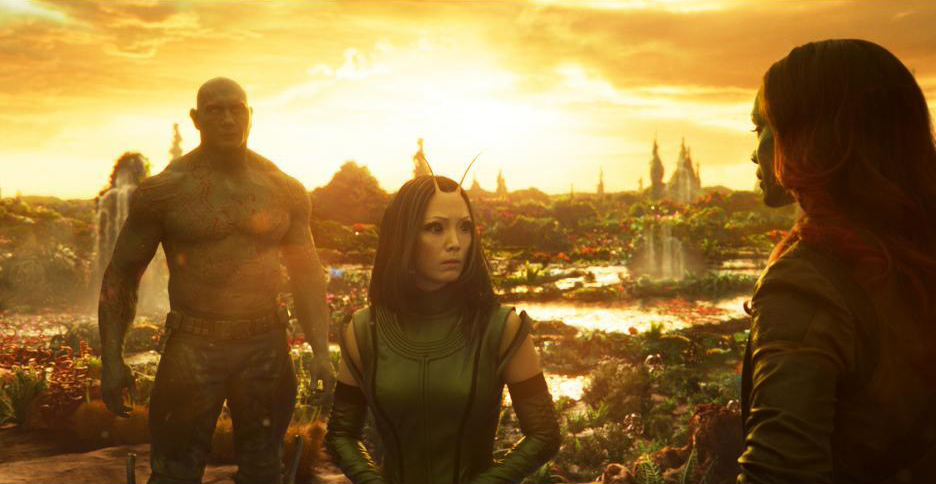 When the Guardians enter the world formed by Ego, they enter into a stunning mountainous landscape rich in hues of pink, orange and blue. The visionaries behind Guardians of the Galaxy Vol. 2 take full advantage of the intergalactic setting, layering the psychedelic imagery and intense colour of classic 70’s space graphic novels. Director James Gunn proudly claims that creating the visual representation of Ego the Living Planet was the “biggest visual effect of all time.” And with over a trillion polygons constructed for the visionary scenes, making the planet feel alive, this cosmic landscape is well and truly a stunning feat.

Inspired by the original futuristic themed land found at the Disney parks, this 2015 sci-fi adventure film starring George Clooney presents a stunningly imagined city. Tomorowland, as the name suggests, is a construction of an idyllic ‘city of tomorrow,’ but instead incorporates the vintage touches of 60’s sci-fi iconography (jet-packs, glistening glass skyscrapers and aerial walkways). As homage to the 1950’s Disney Park’s original Tomorrowland, the film’s production designers incorporated the designs of rides Space Mountain and Spaceship Earth as architectural features of the cinematic cityscape.

Asgard is the mythic planetary home to Norse gods Thor, Odin and the Asgardians. The city exists in another dimensional plane, with a glowing rainbow bridge – Bifrost – allowing for travel between realms. The grandeur cityscape presented in the Marvel Cinematic Universe shows Asgard as rich, golden and metallic, with towering buildings and beautiful, infinitely flowing waterways. Emmy-nominated production designer Charles Wood incorporated a range of ethnic and architectural reference points into the visual construction of Asgard: “The basis of it was Norse runic shapes, though Islamic, Chinese and Gothic Romanesque influences also came into play.”