‘The Lie of the Land’

So that was the Monks, then. Powerful enough to rewrite the entire history of the Earth to revolve around themselves; weak enough to be overcome by the reinforced memory of Bill’s Mum. I’ve alluded before to that Doctor Who is based upon valueless situations. The show must go on, and there will always be another invasion, which means the only things of value are the welfare of the lead characters. And even then, there’s always another companion, and always another Doctor. Creating tension and stakes out of this, with 50 years of precedent to contend with, is no mean feat.

But the Monks Trilogy, and ‘The Lie of the Land’ especially, felt a bit like it pulled the rug out from underneath the audience. Take ‘Extremis’ out of the equation as the setup episode, and across the latter two episodes, there were three situations which were ‘naturally fatal’ for main characters; that is, where the reasonable outcome of the scenario would be the death of a character. The Doctor must die to avoid Earth’s submission to the Monks through Bill’s consent, Bill feels compelled to kill the Doctor because, by ostensibly ‘allying’ with the Monks, he is now the threat, and Bill must die because, as the lynchpin, it’s her that keeps the Monks’ psychic link going. Now, if anything, it’s a credit to the show to create such situations. As said above, it’s hard to build tension on Who, but these situations did just that, by reasonably putting the lives of the protagonists at significant, seemingly unavoidable risk. But in all three cases, the show prevaricated, rather than take an, albeit shocking, risk.

The ‘fake regeneration’ was particularly irritating and meta, and drew to mind a negative comparison with the cynicism of the end of season 6 of The Walking Dead. The Doctor’s regeneration scene had been pored over for months by fans since being part of the series 10 trailer, fuelling all kinds of speculation through the realisation that that was the room from the trailer, in episode 8 of the series: perhaps it was a partial regeneration to restore his sight; perhaps he’d do a Tennant and regenerate into himself somehow; perhaps we really might get an early regeneration. But instead, it was just a performance, a final flourish to the Doctor’s test – because apparently, the Doctor can now just pretend to regenerate on cue – and the dramatic build-up, and all the pomp of a potential regeneration was followed by comedy music and on-screen laughter. The laughter was horribly misplaced inside the show already, given Bill thought she’d actually killed the Doctor, and outside the show, it was even worse, like they were literally laughing at fans who took the scene seriously. 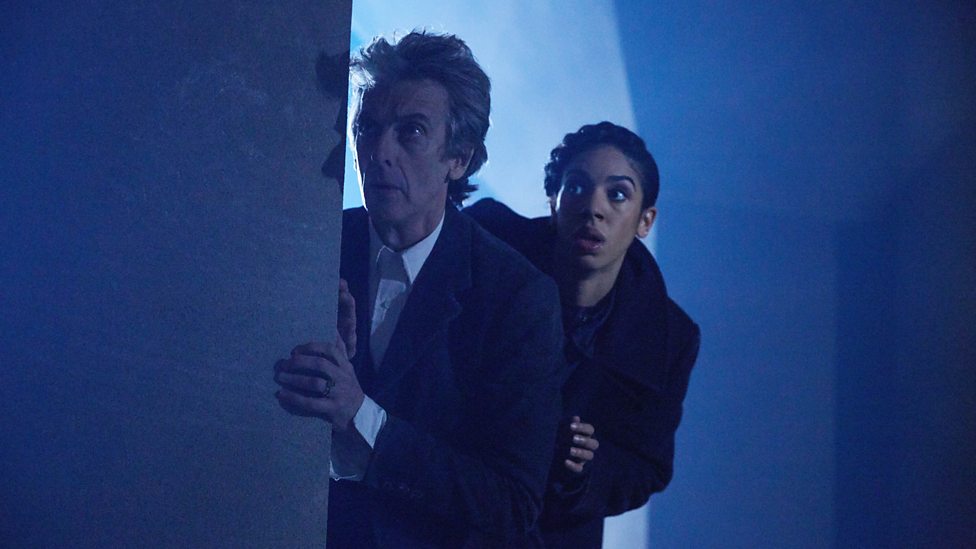 What this scene did kill is the dramatic thrust of the episode, which started rather promisingly, introducing us to the Planet of the Monks through the Doctor’s broadcasts (kudos to anyone who spotted the ‘Magpie Electricals’ easter egg), leading to a confrontation between Bill and the Doctor brimming with dramatic potential. The idea that the Doctor might really see the Monks as beneficial, as better than the alternative, is inherently interesting territory. It’s not the sort of attitude he could have permanently, obviously, but in the temporary space of an episode, it would’ve been interesting to explore. And it’s not so beyond the Doctor’s personality; we’ve had the Tenth Doctor rewrite history himself as the ‘Time Lord victorious’ in ‘The Waters of Mars’, so supporting someone else’s rewrite is if anything a step down. But in the end, it was all just a sham to test Bill, and we reset to typical ‘save the day’ mode.

Yet the episode felt strangely small and constrained for the third of a three-parter. Yes, those three parts were partly standalone – the Vatican, the virus and Monkworld, if you will – but this was certainly the big finale for the Monks. All their plans of the last two weeks leading to the subjugation we saw this week, but any of the scope you’d expect from such a sprawling story was absent. It just felt a bit flat. The episode flew by – not in a ‘time flies when you’re having fun’ kind of way, but in the sense of not having enough substance to slow things down and make things interesting. And in the end, it all came down to a similar kind of ‘love conquers fascism’ resolution to ‘The Last of the Timelords’, which placed the emphasis on global scale, while still maintaining Martha’s key role in proceedings. The idea that everyone saying ‘Doctor’ at once while powered by satellites could give him superpowers was a bit OTT; the same could be said of an alien race capable of simulating all human history and rewriting it to include themselves, being defeated by the power of Bill’s love for her mother. The script didn’t have to make it so that Bill had to die to break the link, but once it made that the rule, anything bar a shock death for her was going to be a cop-out.

In theory, the idea of a Missy cameo, and a long-overdue trip inside the vault, would be welcome additions to the episode. But the reality of her inclusion was just a bit odd, as she ended up basically as the episode’s fountain of exposition, conveniently there to fill in the gaps as to how to stop the Monks. If we’re having Missy in an episode, it feels a bit of a waste to just keep her cooped up feeding the Doctor information. The therapy towards the end may point towards further intrigue down the line, but this episode could’ve done with her throwing a spanner in the works as a third-party. Alas, it was not to be.