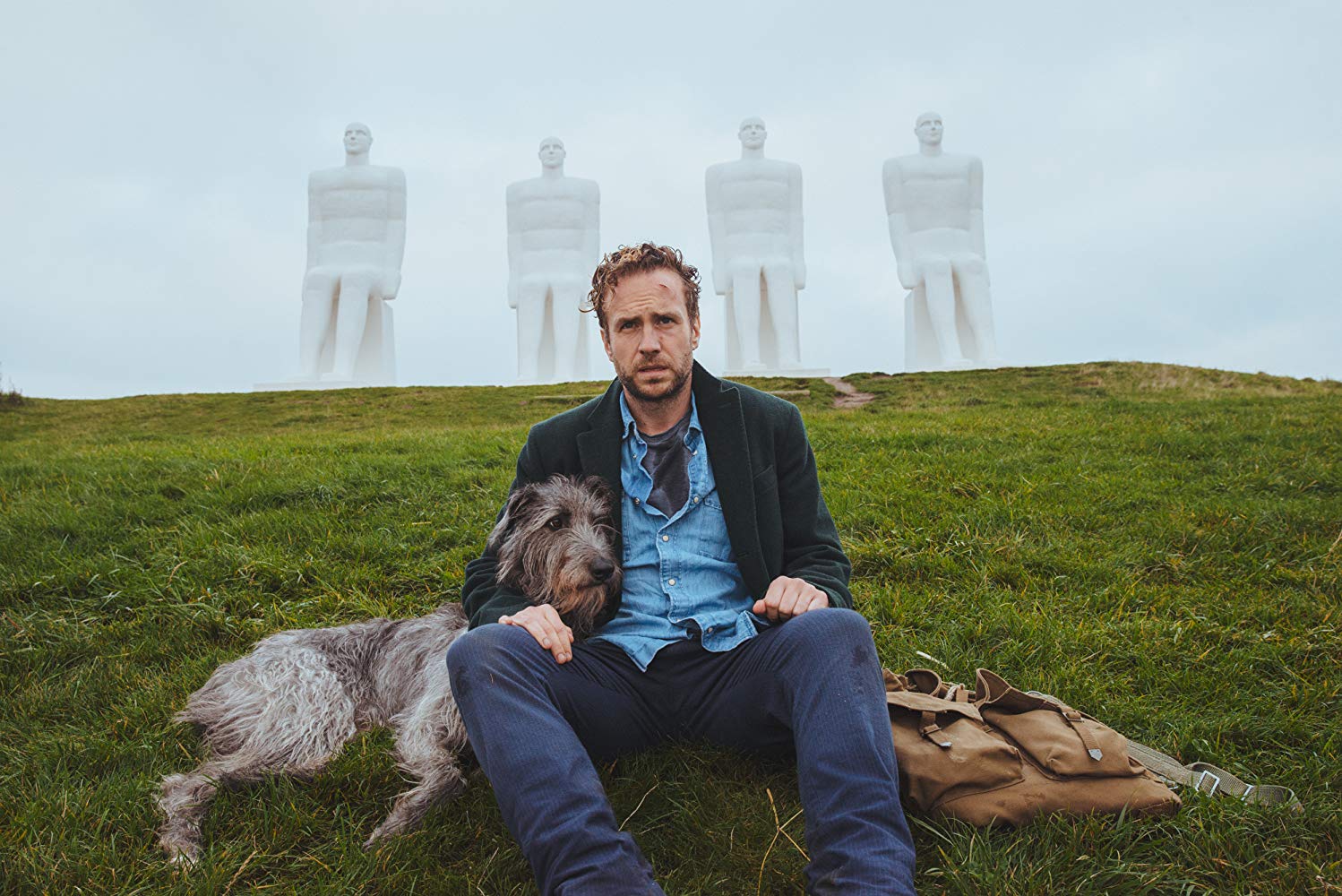 It’s an uphill climb to Herb’s (Rafe Spall) dingy basement flat. A recent divorcé, he lives alone, surrounded by the detritus of electrical equipment he’s in the process of fixing. He can’t find work, and his unemployment benefits are about to be cut. The man in the flat above him won’t stop playing his loud music. He has a bad back. When he’s mugged, they can’t find anything worth taking. Herb’s life is pretty damn grim.

So when he hears that prisoners in Denmark have it better than he does, he sets off on a desperate, unhinged mission to enter the Danish penal system. Unsurprisingly, things don’t turn out quite like he expects…

Rafe Spall, master of the lovable losers, turns in another of the performances we’ve seen him give many times before. And I’m not complaining. Herb – sad and self-pitying – is not exactly the best of company, but Spall is so practiced in playing these characters now, so good at imbuing them with just the right level of humour and hurt, that you can’t help but root for him. Herb’s scheme is so totally flawed it’s clear that it has no chance of succeeding, and yet some crazy, insensible part of you hopes that it does. Everyone loves an underdog, after all, and there’s no more of an underdog than Rafe Spall.

Before Herb actually gets to Denmark, the movie exhibits shades of I, Daniel Blake in his rants against the unfair system, his desire to get work and his inability to do so, and the way austerity has crippled his remote Welsh village. Denmark drops the politics quickly – and is perhaps wise to do so, considering how messy things get later on – but for a while there, these polemics are delivered with impressive feeling.

It’s to Denmark’s credit that the film uses Herb’s scheme as a jumping off point for exploring his delicate mental state, rather than feeling beholden to following the whole thing through in painful, misguided detail. The strongest moments have nothing to do with his decision to start a life of Danish crime, but instead the string of absurdities that have become a marker of Herb’s life: the contentious relationship he’s in with a man who keeps mistakenly dialling his number, his shock at the urinals that pop-up from the city streets at night, the disconsolate stray Wolfhound that won’t stop following him around. Adrian Shergold’s film is full of these entertaining moments that keep it chugging along, even when it starts to lose its way.

Which is the negative side of ditching Herb’s criminal plans as a plot point – once Denmark loses that engine, after already jettisoning the political anger of the first act, it putters around aimlessly until the end credits. His budding relationship with young widowed mother Mathilde (Simone Lykke) is sweetly played, yet rote and predictable; she may as well have had ‘love interest’ tattooed on her forehead from the moment she appeared. The film never gets boring – there are too many of the aforementioned funny little incidents for that to happen – but neither does it become exciting or hilarious or profound. It’s just a silly, rambling, perfectly pleasant way to spend ninety minutes.