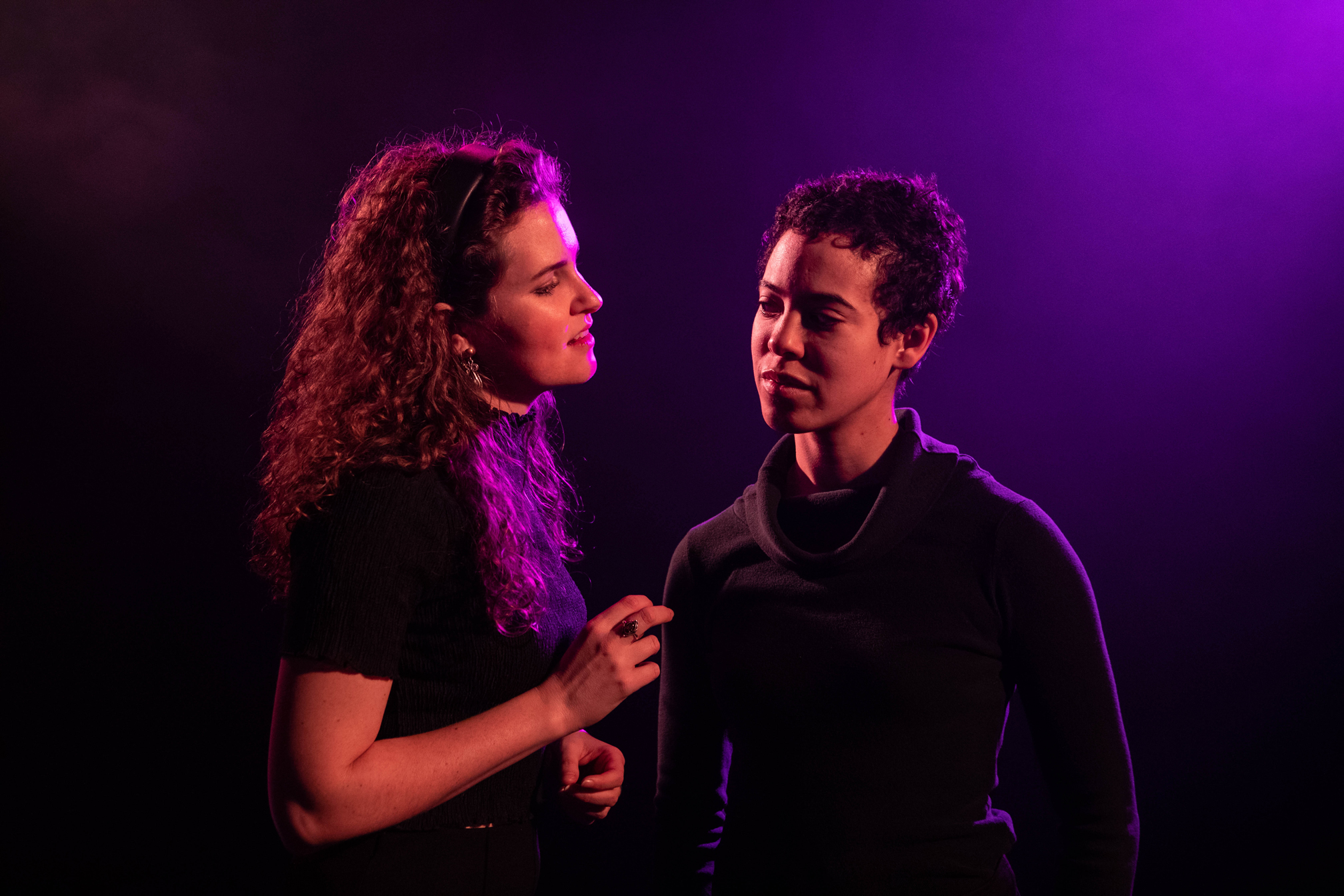 A dynamic two hander exploring the relationship between Virginia Woolf and Vita Sackville-West, contrasted with the distinctly modern coupling of Mia & Lottie. The difference between ladies of letters and the joy of WhatsApp is pretty stark, but the pleasure and pain of love resonates across both eras.

EM Williams plays both Vita and Mia with a healthy dose of verve, in one time a clever romantic and in the other a cynical expert. As Lottie and Virginia, Heather Wilkins slinks smoothly between learning the ropes of sexting to portraying a rather erudite minx. The script undulates softly between the two couples; the changes are occasionally over emphasised with lighting and music. Writer and director Misha Pinnington considers what has changed for lesbian relationships over a hundred years, cleverly delving into the explicit and the subtle while teasing out a common thread. It feels like a decent bit of flirting can be quite handy whether in literary correspondence or in the sharpness of instant messaging.

In the modern world the two women energetically move around the space, building an atmosphere of excitement and humour as they look to the audience for reassurance on the current rules of the game. The historical real life lovers are more reflective and tender, maintaining a stillness and gaze that illustrates the complications of their love. Both actresses move elegantly between these very different characters, finding comedy and tragedy in the gradual development of relationships.

Dance Review: Chyna at The Vaults