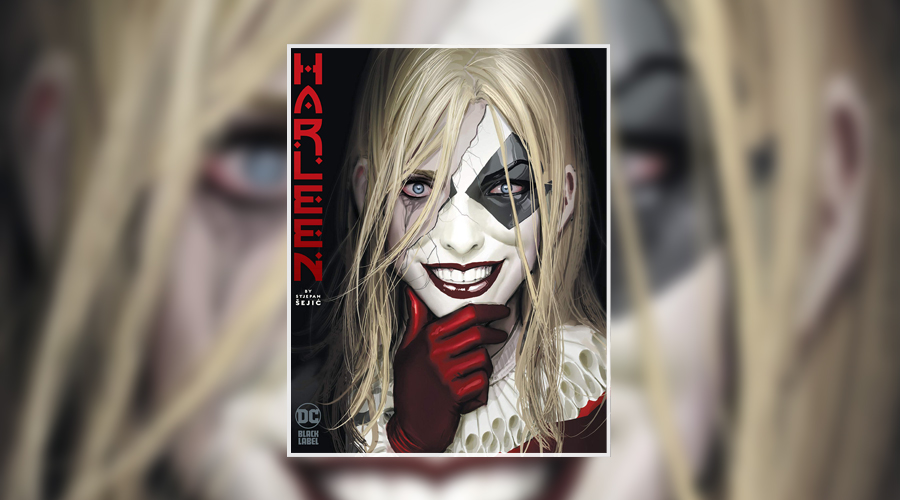 Who was Harleen Quinzel and what led her to become Harley Quinn? If you’ve been wondering about the origins of this unique DC character, who made her debut in Batman: The Animated Series almost 30 years ago, and has now helmed her own movie in Birds Of Prey, then Harleen is an excellent three issue graphic novel to pick up.

What makes Stjepan Sejic’s tale, of Dr Harleen Quinzel’s life and what led her into the path of The Joker, so intriguing is almost banality, as if she could have been anyone. She could easily have been one of his many nameless victims. In a city that is fighting a crime war, when you aren’t following The Dark Knight and Boy Wonder from crime scene to cave in luxurious vehicles and armoured suits, you are on the streets where bullets fly. Ground level comics have grown to serve a new perspective on what can become highly fantastical stories, but this takes the superless human to a new level by really taking you into the mind of Harleen as she begins to lose her grip on morality and sanity in Gotham.

The story is smartly told by a Harley/Harleen who has been through it all – the years of normal life, the infatuation with The Joker and her emancipation. The narrator’s voice feels more Harleen than Harley, with such a clear connection to the what and why of her life rather than the disconnected, rapid fire looseness that feels more in line with Harley Quinn. She looks back on herself with concern but resignation. She couldn’t have known what she was allowing herself to become because she was sure it wouldn’t happen to her, it was too improbable and she felt she was in control.

This graphic novel is drawn, also by Stjepan Sejic, with a haunting palette. It is lightly coloured to reflect the murky world of Gotham and to show we are witnessing the memory of events. More brutalistic, darker elements are introduced with conjurings of Harleen’s dreams, in which she sees the villainous Bat dominating a fragile Joker. The artwork serves to paint both the realism of the mundane situations while being able to sharply cut across it with more absurd moments that tease Harley’s descent into mental instability.

Across the three generously sized issues, we journey with Harleen as she studies the inmates of Arkham Asylum, hoping to find the answer to why these outlandish criminals choose the lives they do. She suspects they can no longer feel empathy, something that she focuses on offering and having for them, which then makes her vulnerable to Joker.

What was particularly interesting about this telling is how little time we spend with a fully realised Harley. This allows Harleen to stand apart from the circus iteration of herself. We see her experience trauma for the first time, at least in terms of Joker and being on the front line in a gunfight. The narrative is woven with seeds of thoughts that germinate under Harley’s sessions with The Joker. You can feel her being drawn in. There is a point where it seems to jump and her fascination with solving the riddle of The Joker becomes amorous which feels like a leap beyond reason – but perhaps it is impossible to truly understand that without going mad yourself. The Joker too is given layers that present his madness or sanity in a way that Harleen and the reader can’t really comprehend. What is truth and what is manipulation?

In Harleen, Sejic explores a fully rounded person, developing the particulars of her perspective on life and self awareness. Harleen is someone determined to be in control but who then becomes desperate in clinging to a sanity she is losing. This is a well told story, with jarring elements but a rootedness that makes it appealing to a more philosophical reading of a comic book character.

Harleen was published by DC Comics on 11 February 2020