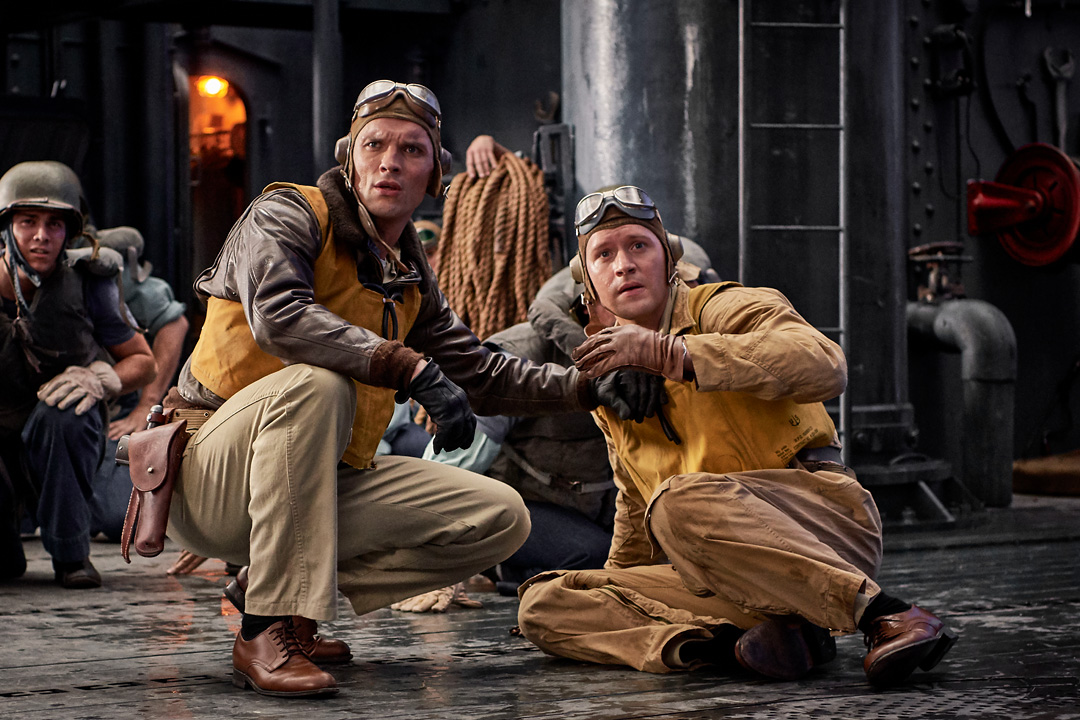 On the morning of the 7 December, 1941, the Imperial Japanese Navy Air Service launched a military strike on the American naval base at Pearl Harbour, Hawaii. The attack happened without clear warning and without declaration of war. Thousands were killed and wounded, among them sailors, soldiers, airmen, marines and civilians. It was a preventative attack that brought the formally neutral United States of America into World War II. Director Roland Emmerich’s WWII blockbuster centres on the subsequent Battle of Midway, a historic naval fight between America and Japan in the Pacific Ocean Theatre.

Emmerich’s film depicts the brutal, unanticipated attack on Pearl Harbour, a visually distressing opening that introduces us to the story’s main heroes. Among them are Ed Skrein’s fearless dive bomber pilot and squadron commander Lieutenant Dick Best, Patrick Wilson’s intelligence officer Lieutenant Commander Edwin Layton, and Luke Evans’ air group commander Lieutenant Commander Wade McClusky – all of them key players (both in the film and real life) in the Battle of Midway. After the dust of the devastation settles, we follow the leaders, sailors and pilots as they use their grit and courage to overcome the overwhelming odds against a supremely formidable and ferocious opponent.

Midway is a film built around huge, heart-in-your-mouth action sequences and an impressive ensemble cast. The visuals – a mix of CGI and live-action – plant viewers front and centre of the terrifying, terrible action. We’re on the fleet carriers as they’re mercilessly bombed; we’re in the planes with the pilots as they dive directly into the rain of enemy fire, using their instincts and reflexes to line up their own artilleries; we’re with the poor people on the ground as they wait helplessly to hear news of their loved ones. The battles are relentless and overwhelming in their brutality, showing the combat from both sides. 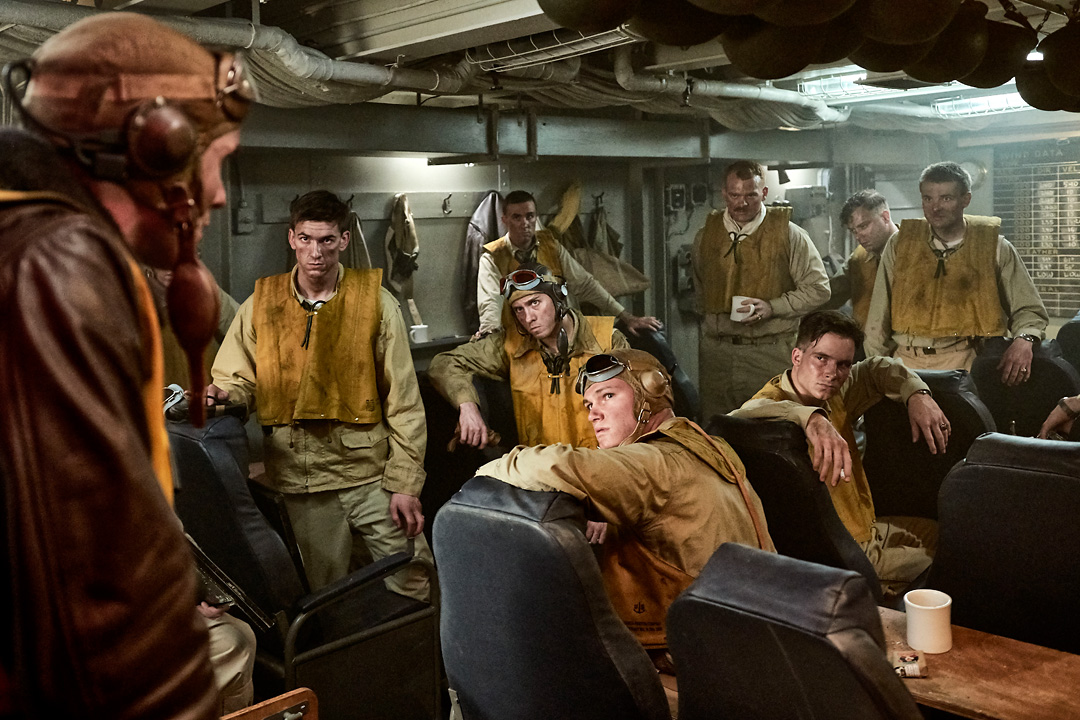 Emmerich (known for explosive, over-the-top action movies like Independence Day and The Day After Tomorrow) does an excellent job of making us go through all the different emotions with the film’s heroes; the anger that fuels them in the beginning, the exhaustion that threatens to overpower them mid-way through, the hopelessness and dread that looms as the battle reaches its climax. The script might not give the actor’s much to work with – it’s riddled with clichés and isn’t always decipherable over the roar of bullets, bombs and thick American accents – but the cast are fully committed to their roles, embodying the fortitude of the men tasked with fighting for and protecting their country.

Midway might be a visual spectacle but there’s so much going on, and so many characters to keep track of, that it can veer towards feeling messy. The brilliance of war stories like Band of Brothers and The Pacific was their ability to explore wartime events over a series of episodes, allowing us to gradually get to know the characters and their personalities, their brotherly bonds and attachments back home. We lose too much of that in a 134 minute movie and Emmerich all too often prioritises big CGI visuals over exploring the story on a deeper, more poignant level, reducing many of the characters to cardboard cutouts.

Yet for fans of high-octane war movies and classic Emmerich action, Midway is a historically accurate blockbuster that’s easy to lose yourself in if you don’t get too hung up on the specifics. Now make this into a miniseries that allows for an exploration of these men, their mission and the morality of war in more depth and you’ll have yourself a real winner.

Midway is available on Digital from 2 March & on 4K, Blu-Ray & DVD from 9 March