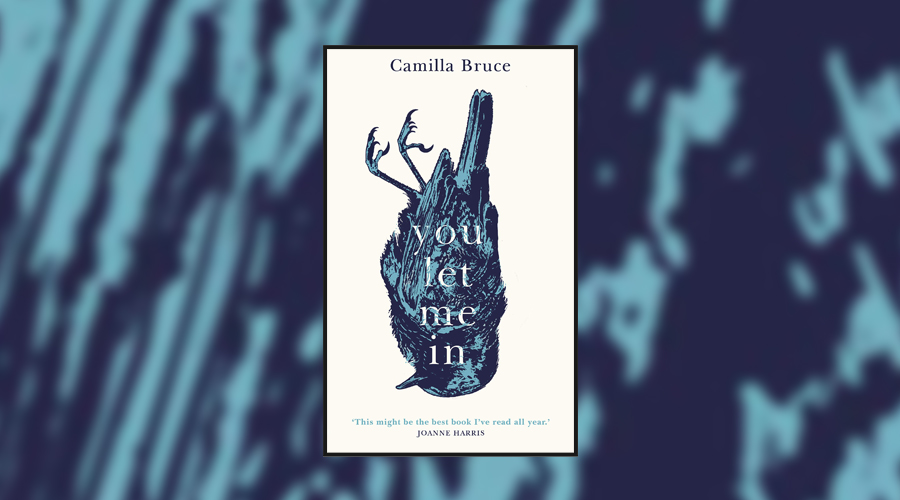 When bestselling novelist Cassandra Tipp disappears, she leaves behind a letter for the children of her estranged sister, who stand to inherit everything she left behind. But Cassie’s last will and testament isn’t the ordinary sort, just as Cassie wasn’t an ordinary kind of woman. The letter and will are full of stipulations, one being that her niece and nephew must read the manuscript left in the study of her remote house in the woods. Only then, and only if they find the password held within the pages of Cassie’s latest and last story, will they be able to lay claim to her estate.

With just those few opening pages, Camilla Bruce draws readers into the mystery encircling Cassie’s peculiar existence and subsequent vanishing, all of which has an enthralling air of eccentric fantasy to it but also a sense of something altogether more unsettling too. We’re compelled to keep reading, to keep sifting through all the possible truths and lies, as Cassie tells her wildest, most outlandish story yet: her own. Delving back into her past, she recounts her childhood; how she always felt different, how she was the difficult, awkward, ugly child next to her perfect, innocent, untainted sister. It’s easy to see why a child like that might disappear into fiction to survive.

Yet as Cassie looks back on the unnerving and often violent events that shaped her, first as a child and then as a woman, the tale travels down darker and more disturbing paths until it’s impossible to tell fact and fiction apart. Cassie believes her fantastical tales – which involve an eerie figure called Pepper-Man, who leads Cassie astray, alienating her from her family, her town, and – eventually – reality itself. It’s a story of blood and love, of trauma and the fragility of the human mind – how it can be formed and warped and irrevocably damaged beyond repair.

“I wanted someone to know, you see. To know my truth, now that I am gone. How everything and none of it happened.”

You Let Me In is a dark and disquieting piece of contemporary fiction – part gothic faerie fantasy, part haunting domestic drama, with a narrator you can’t empathise with, let alone trust. Yet falling down the rabbit hole of Cassie’s convoluted mind and tortured life is strangely captivating. It’s never quite clear what’s real and what’s a metaphor for something much more disturbing than the already distressing tale that Cassie spins in her manuscript. She’s either the most brilliant storyteller or a cruelly mistreated soul, a victim or a killer – most likely she’s all of these things.

If there’s any complaint to be made with Bruce’s debut it’s that it just isn’t long enough. Cassie’s story is so strange, so complex, so completely bewildering that the end doesn’t really feel like the end. Moreover, you don’t want it to be the end. It’s short and far from sweet, but dark enough to seep into your bones and chill you from the inside out.

I Used To Go Here Review