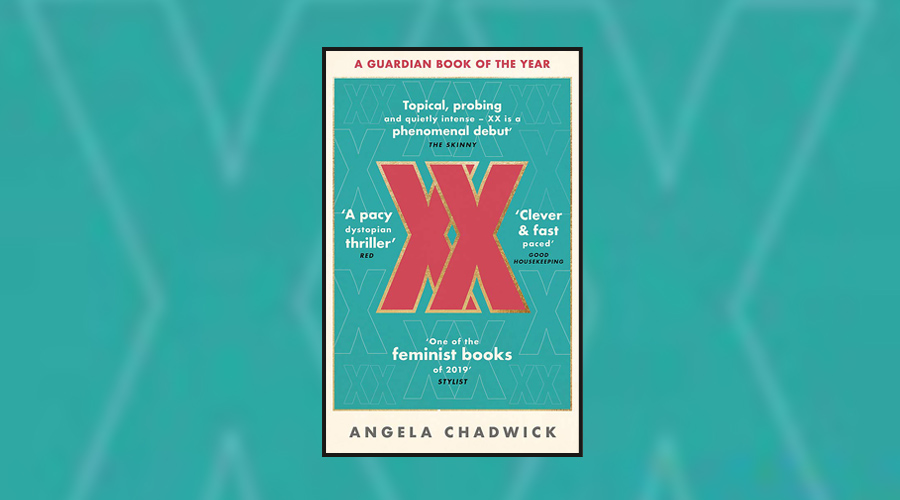 The social and cultural discourse around LGBT+ parenting and genetic science makes XX a timely novel. Processes like IVF are becoming more widely accepted and surrogacy is developing in the UK, so considering a not far off future where two eggs may be combined, without sperm, to create a new human feels intriguingly possible.

The premise of XX hinges on a couple, or a few couples, who volunteer to be part of the first trails in ovum to ovum (o-o) fertilisation, and who then have to endure all that comes with being the first, particularly the political debates, media scrutiny and pressures of undertaking a new procedure.

XX follows Jules, whose partner Rosie chooses to carry their child via o-o. Jules is a methodical and passionate journalist, though someone with a limited amount of empathy and somewhat narrow depth of consideration. Rosie, on the other hand, is a warm and open bookseller who has brought out the best in Jules, by her own admission. They’re a balanced, happy couple negotiating their early thirties and are excited to embark on this new journey to motherhood.

Angela Chadwick has composed a vivid cast of characters, both in Rosie and Jules, and their friends and family. Jules’s father is an aged hippy, who is stagnant and feels downtrodden but has a close relationship with his daughter. In contrast, Rosie’s mother and father are confident and self-assured; they’re a caring support system for the couple, though Rosie’s mother errs on the side of the conservative middle class.

For anyone who has limited experience with IVF, surrogacy or the “non-traditional” ways of starting a family, XX brings up a lot of the big questions that are faced by people who create their families this way. Telling its story with quite a binary lens, it only talks about cisgender lesbians and doesn’t really consider the wide LGBT+ community and agender/non-binary people, all of whom would have a stake in o-o fertilisation in different ways. The public outcries that Jules and Rosie face are all familiar to queer people worldwide. The backlash that they receive feels, unfortunately, accurate to what would happen in 2019 if o-o babies were even suggested to be possible.

One of the central premises of XX is that o-o fertilisation only creates female babies; we’re ignoring trans and enby identities in this book, so that’s something to be aware of. This causes men and heterosexual couples to demonise the creation of babies in this way, saying that boys will become a minority and could even become endangered. Chadwick hits on all the common talking points from controversial political figures of today, including debates that are still being had around the world, including the UK. As a journalist, Jules does raise some of the logical talking points, such as scrutinising data based on who sourced it and fact checking those who want to make wild statements that scaremonger.

Beyond the core, broader concerns of XX, this is also the story of a couple trying to deal with becoming infamous and negotiating their changing relationship. For taking part in the trial, they are stalked by paparazzi and confronted by strangers, which tests their relationship. When someone starts leaking private information about them, they then have to decide who they can trust, which proves harder for Jules than Rosie, causing rifts between the two.

XX moves at a brisk pace, carrying you through the first steps that Jules and Rosie make to create their child, through their pregnancy and that of other couples on the trial with them. Jules’ interior voice offers insight into her thinking, which as a parent who won’t carry the child, is one that perhaps we don’t consider enough, especially when it comes to women who would otherwise be able to or might want to carry a child – in this instance Jules is quite happy not to. There are considerations around when mothering/parental instincts come in and how it feels to not have them when you think you should.

There are some parts of XX that are a struggle, namely Jules’ slow development and choice of actions (or frequently inaction), but there is also satisfaction by the end. Side characters like Tom and Anthony showcase the good side of humanity, while Jules’ boss Matthew and aspiring Nigel Farage, Mr Prior, are some of the worst. It’s a portrait of Britain today in many ways and a compelling enough read.

XX is out now in hardback and paperback via Dialogue Books