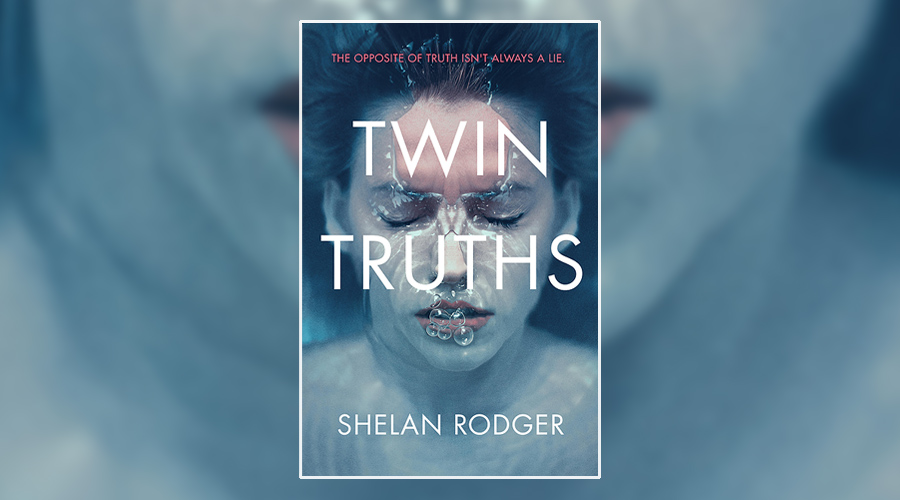 Just when you think Shelan Rodger is finished with the twists and turns in Twin Truths, she throws another one in for good measure. From its breathless opening line and its near-immediate jump to the sultry sun-soaked setting of Argentina, through to its seamless transitions between past and present, fact and fiction, Twin Truths more than lives up to its reputation as a compelling read – and, more impressively, does so while keeping the readers genuinely in the dark about what could possibly come next.

Identical twins Jenny and Pippa are two halves of each other’s whole – they complete each other, and have never known a life without the other – but by the time this novel opens, Jenny is alone in Argentina teaching English as a foreign language and struggling to cope with the fact that her sister has disappeared. For the first time in her life, Jenny is left to face the world alone and it’s not long before she loses herself in the story she’s created. Because while Jenny wants to find out what happened to her sister, the truth is something she can struggle with at times.

“He thought of the games she had played in their therapy sessions and marvelled at the role of make-believe in her life. The line between fantasy and reality. We all need fantasy, and the lines are drawn in different places and become blurred in different ways at different times for all of us.”

Just like the title suggests, there is more than one side to this story and it’s told in three main parts: Jenny’s story, Pippa’s story, and what comes after. With an intriguing narrative and a protagonist voice that’s aching with grief, memory and loss, Twin Truths is a deliciously dark psychological tale that reflects back on a lifetime of choices that led Jenny and Pippa to their ultimate fates.

It can be a difficult read at times – Jenny’s story is so brash, visceral and raw at first that she can be a difficult character to sympathise with, and Rodger doesn’t shy away from the childhood trauma at the root of it all either – but the biggest joy in reading this novel comes from the compulsion to get at the ever-elusive truth. Jenny’s quest for answers lead her to face an unsettling reality, meaning what starts as one story ends as something entirely different, and it’s done so wonderfully subtly that each new revelation, twist and bombshell comes at you as a surprise every time.

This novel feels like a breath of fresh air on the bookselling scene, providing something intense, unique and provocative and wrapping it in an exotic bow as the action jumps from Argentina to Greece with pit stops in the UK and Mexico too. The novel is well crafted, taking great pleasure in teasing out duality and links – maybe a bit too much, if we’re being critical – and is told in short, sharp chapters that make it easy to give into the urge to race through it in one fell swoop.

At its core, Twin Truths is about identity, how we see ourselves, how others see us and how our memories can shape that recollection of who we are – and it’s safe to say that Jenny and Pippa’s journey towards that moment of self-discovery is an engaging read you won’t want to put down.

Twin Truths was published by Dome Press on 15 March 2018

Ben Harper and Charlie Musselwhite – No Mercy In This Land Review