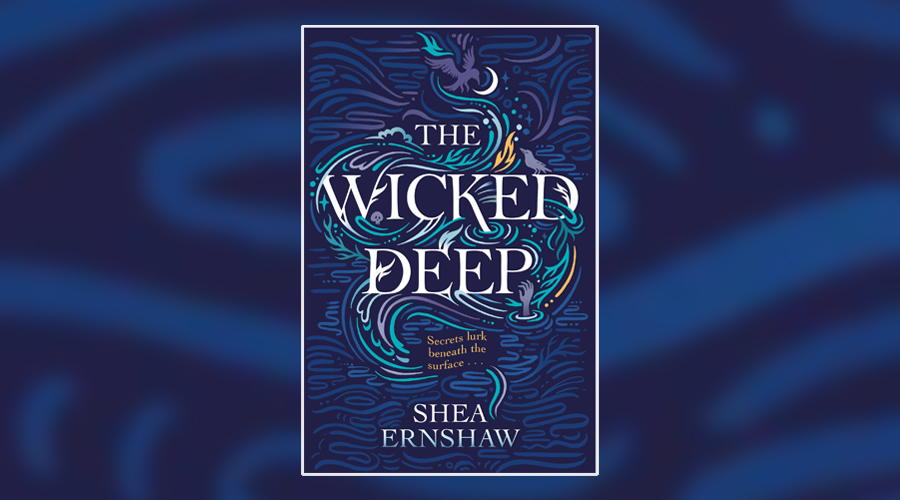 The year of the woman: Six essential feminist reads

Shea Ernshaw’s The Wicked Deep welcomes readers to the cursed fishing town of Sparrow, where secrets lurk in the dark depths of the sea and three sisters haunt the craggy shoreline, seeking vengeance for their deaths two centuries ago.

The townsfolk all know the myth-like story of the beautiful and alluring Swan sisters, Marguerite, Aurora and Hazel. In the 1800s, they were sentenced to death for witchery and drowned in the waters surrounding the town, slipping into legend as the years went by. But the people of Sparrow are privy to the terrible truth of the Swan Season; they hear the sisters calling girls into the ocean so that they can steal their bodies; they witness the trail of death and devastation the sisters leave in their wake.

Seventeen-year-old Penny Talbot has accepted the fate of her hometown, where every summer girls are possessed and boys are dragged to their watery deaths. Living on the remote Lumiere Island, just off the main town, Penny is determined not to become one of the sisters’ unwitting hosts. But when outsider Bo Carter arrives, unaware of the danger he’s walking into, Penny feels an urge to protect him. As the tourists descend on the salty, rain-soaked town for its famously morbid annual event, Penny is forced to make a decision: one between self-preservation and saving the boy who holds the promise of a new life.

At its very core, this is a story about three misunderstood sisters who became victims of superstition and the weaknesses of men. Glimpses into the past reveal how two out of three of the sisters delighted in stoking the flames of the townsfolk’s animosity towards them. Marguerite actively fuels the rumours of their witchery, whilst all three sisters’ inherent ability to enchant men – a result of their brazen attitudes and natural beauty, rather than any actual witchcraft – fills the small-minded women of the town with suspicion and hate. Yet their fate of having stones tied to their ankles and sent to the bottom of the sea never feels anything but unjust.

“The sisters brought about their fate like someone stumbling into a poison ivy bush in the dark, unaware of the consequences that would befall them by morning.”

The sisters in the present are unforgiving spectral monsters punishing innocent people for the sins of their ancestors, and yet they’re also tragically sympathetic characters, particularly Hazel, whose tender love story in the past brings her inevitable downfall a real pathos. We see the sisters through the eyes of Penny, who’s known her own loss and grief with the sudden disappearance of her father. She fears but understands them, wanting to put an end to the Swan Season and yet not sure how to go about it.

Ernshaw uses horrifying events in history as a source of inspiration for her story, the most obvious of course being the Salem witch trials, where something as simple as a birthmark or cluster of freckles was enough to convict a woman of witchery. Knowing these witch-hunts actually happened in the past offers the whole tale a sense of eeriness that has nothing to do with spirits rising from the sea, haunting girls and hunting boys.

Location plays a big part in the story too, with Sparrow feeling like a character in itself. The town is set off the coast of Oregon but it could very well be a weathered coastline in Cornwall or the Scottish Isles for all the rugged beauty and temperamental weather that’s prevalent in the book.

There’s certainly a bit of a Hocus Pocus, Practical Magic feel to The Wicked Deep, with it’s themes of witchcraft and the bonds of sisterhood. Being a paranormal mystery, there are also some nice little twists and secret reveals along the way, ensuring the pace never stalls and the drama never lulls, which is the real magic of this book.

Sparrow might not be a town you’d want to visit when the Swan sisters emerge from the deep, but with its eerie atmosphere and bittersweet end, this is a YA book you’ll gladly lose yourself in.

The year of the woman: Six essential feminist reads

Shea Ernshaw on the portrayal of sisterhood in The Wicked Deep