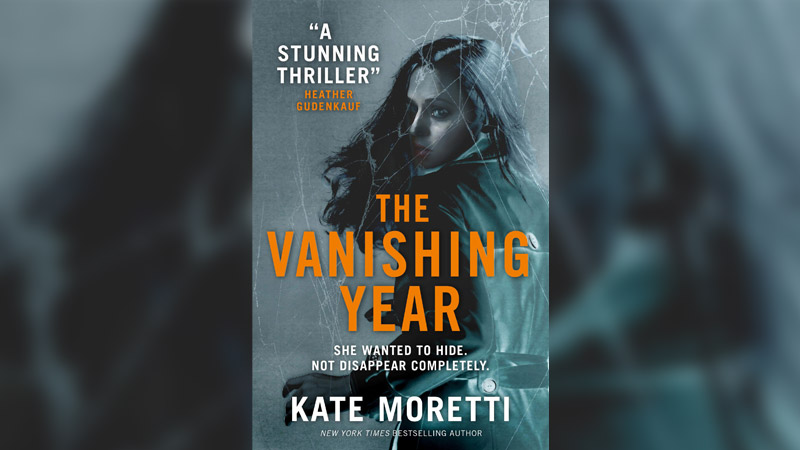 With the cinema release of The Girl on the Train this week, those with a penchant for intricate thrillers will be looking for their next twisted tale of murder, lies and deceit. Well look no further than Kate Moretti’s The Vanishing Year, a book that combines New York high society with secrets and suspense to keep readers firmly on the edge of their seats.

Zoe Whittaker lives a completely charmed life. She’s the wife of a rich and handsome Wall Street trader; she wears fabulous [read expensive] clothes, has a sizeable Manhattan penthouse, jet sets around the world on spontaneous trips and mingles with New York’s elite at charity galas and high profile events. From the outside, Zoe’s world is perfect, something for other women to simmer with jealousy over. What nobody knows is Zoe Whittaker’s long-hidden secret, the past she keeps buried not just to avoid scandal but to keep her alive.

Five years prior to arriving in New York City, Zoe was a mess. She was caught up in drugs and mixing with lowlifes, until she hit rock bottom and decided to turn her life around. She testified against some big-time felons and brought down a criminal organisation, resulting in some dangerous drug and child traffickers going to prison. Realising that she was no longer safe in California, Zoe ran to the other side of America in a bid to start afresh. That’s when she met Henry Whittaker, the man she would later marry.

Swept up in the wealth and glamour of her husband’s world, Zoe’s grown complacent; she thinks she’s safe. That is until someone from her university days recognises her at a gala and suddenly the past and present collide. Zoe’s secrets start rising to the surface and when a car tries to run her over, followed by someone breaking into her apartment, Zoe believes one of her old enemies might have found her. Not knowing whom she can trust and feeling increasingly alone, she befriends a likeable journalist who agrees to help Zoe search for her birth mother. This new friendship doesn’t go down well with Zoe’s husband, who likes to keep tabs on his wife, and cracks start to appear in their idyllic marriage.

While the plot doesn’t exactly scream originality – the woman running away from her past, the past catching up with her in a new environment, the domineering husband, the puppy-like friend always willing to help – The Vanishing Year has everything it needs to make a compelling page-turner. The New York society world is perfectly portrayed; Moretti captures the frostiness the elite extend to anyone outside their circle, and the reluctant acceptance when someone marries into it. Zoe might act like she belongs in this perfect, money-driven world, but deep down she’s an ordinary girl from the West Coast, a small fish amongst the city sharks.

It takes a while for the story to hit its stride, but when it does – at around the halfway mark – things start to get thrilling. Zoe is an intriguing character, perfectly content to be the ‘kept’ woman, all the while knowing that she amounts to more than simply being ‘Henry Whittaker’s wife’. Her need for roots, something or someone to tether herself to, stems from the fact she was abandoned as a baby and her adoptive mother died, leaving her completely alone in the world. It’s only natural that she should cling so tightly to Henry and the protection his money brings her. While it’s Zoe’s past catching up to her that drives the story forward, it’s her desire to find her biological mother (and find herself in the process) that gives the story a heart.

The Vanishing Year is exciting and fast moving, boosted by a likeable protagonist the reader can really root for. Whether you see the end coming or not, there are plenty of twists along the way to keep things interesting.

The Vanishing Year was published by Titan Books on 27 September 2016.