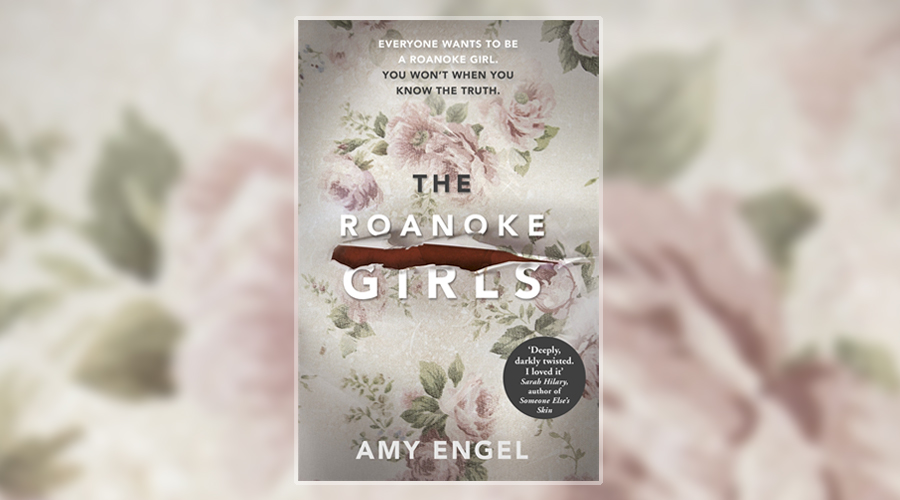 Over three generations, the beautiful and rich Roanoke girls have been a constant source of mystery for the small-town folk of Osage Flats, Kansas. Whispered about, admired and hated in equal measure, other women stare at them with jealousy and curiosity, whilst men gaze with lust and longing. But though the girls seem to have everything, there’s a dark secret that bonds them, and the only way they ever escape that darkness is to run away or die.

Lane Roanoke wasn’t even born when her mother, Camilla, fled her ancestral home and ended up in New York. Yet despite a fresh start, Lane’s childhood was steeped in pain and misery, her mother never truly getting over the curse of her family that sat in her veins like a poison. Arriving in Roanoke after her mother’s suicide, fifteen-year-old Lane is welcomed back to the rural estate by her grandad like a long lost daughter. Over the course of one hot and sultry summer, Lane becomes one of the mysterious Roanoke girls and, along with her feisty cousin Allegra, learns what that really means.

The story alternates between the past, as a love-starved and naive Lane develops into a self-destructive young woman, and the present, where she has followed in her mother’s footsteps and run away from Roanoke, only to return when she gets a call from her grandfather to tell her that Allegra is missing. The insidious pull of her family home forces Lane to face the family secrets that destroyed the other Roanoke girls. In her search for Allegra – who would never have left Roanoke of her own volition – Lane starts to believe that her troubled cousin might have left clues that could explain her sudden disappearance.

Amy Engel’s debut adult novel couldn’t be a further step away from her previous YA offerings. Atmospheric and twisted, it weaves a story that’s tough to read and yet impossible to put down. Part domestic family drama, part mystery, The Roanoke Girls explores a deeply taboo subject matter that lays bare the darker side of human nature. Themes of love, family and childhood trauma are explored with vivid and heart-wrenching detail, Engel unafraid of tackling subjects that might make her readers feel uncomfortable. And for a large portion of the book they do, yet the story’s seductive and sultry nature also has a strange beauty to it.

“Roanoke girls never last long around here. In the end, we either run or we die.”

In any other book, the rural Roanoke estate – with its sprawling countryside and labyrinth-like house – would be an idyllic setting, charmingly evocative of simple, small-town American life. Yet here it feels sinister and claustrophobic, and like Lane, I wanted to escape only to find that I felt bound to stick it out to the end. With haunting detail and poignancy, it shows how children suffer from adults’ terrible choices and that running from the past doesn’t always mean a new beginning.

From early on, the reader knows exactly what the Roanoke secret is. The mystery of the book instead comes from how outsiders didn’t realise what was going on under their noses, and how other family members and acquaintances became complicit through their guilty silence. Much of the book reads like a surreal sun-soaked dream, as superficially pretty layers are peeled away to reveal a core that’s rotten and ruined. Lane and Allegra’s downfall feels predestined from the start, like watching a car driving straight towards a train and waiting for the inevitable crash.

Due to its troubling subject matter, this isn’t a book that everyone would want to read, despite a cover that’s almost too lovely for such a dark story. The characters – except Lane’s first and, arguably, only love, Cooper – aren’t particularly likeable and yet they are fascinating, giving an insight into how devotion can be twisted and warped.

Engel waits until the very end to answer the question of what happened to Allegra Roanoke and it’s a revelation worth sticking around for. The Roanoke Girls is daring, alluring and sometimes shocking, much like the Roanoke girls themselves.