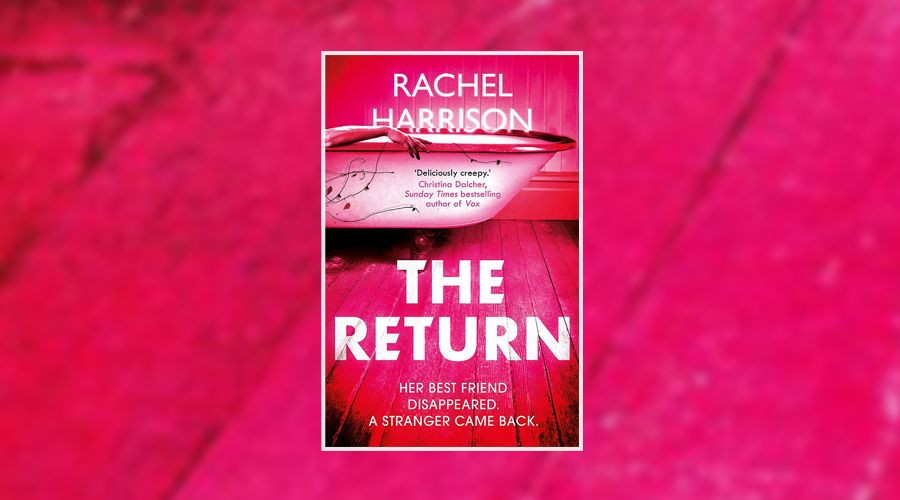 When Elise’s best friend Julie goes missing on a solo hiking trip in Acadia National Park, everyone – from her husband to her closest friends – accepts that she’s not coming home. People go missing all the time and some never return. But some do. Elise knows Julie better than anyone and she believes that her friend is still alive. Even still, it’s a shock when, precisely two years after she disappeared, Julie resurfaces with no memory of what happened to her. On the surface Julie might seem like the same person but Elise can’t shake the feeling that there’s something off with her friend.

Seeking to reconnect and re-establish their once-close bond, Elise and Julie reunite with their friends, Mae and Molly, at a remote hotel in the Catskill Mountains. The Red Honey Inn is miles from anywhere, a sprawling “pastel Frankstein” estate with an unnatural amalgamation of architectural styles, garish themed rooms and peculiar staff. It’s a cloying, claustrophobic and creepy place – and that’s even before anything sinister transpires. As the weekend unfolds and tensions surface, bad weather traps the four friends in the hotel, and it soon becomes impossible for Elise, Mae and Molly to deny that this version of Julie is not the same as the Julie who disappeared two years ago.

Rachel Harrison’s debut is a disquieting tale of love, fear, envy, obsession and the bonds that bind friends. With vibes that range from Stephen King’s The Shining to the Diablo Cody penned supernatural-horror movie Jennifer’s Body, it carries all the classic tropes of a horror story – an eerie location, odd characters, gruesome deaths and mysterious disappearances – yet a huge part of the plot is psychological too. The four friends can leave the hotel at any point but they feel compelled to stay – for Julie, for each other – even when strange things start happening around them. It’s obvious from the off that Julie isn’t ok – she’s changing physically and her behaviour is beyond unsettling but nobody will confront her. Is it the hotel that makes them abandon reason, or their own minds?

Harrison writes horror exceptionally well. Her descriptions are palpably revolting and so full of suspense that you feel constantly on edge. But central to The Return – and perhaps more important than the physically horrifying elements of the story – is its exploration of female friendships; the adoration, the rivalry, the resentments and the co-dependence that can often surpass common sense. These women are damaged and desperate to please each other, and there’s not a chapter that goes by where you don’t want to shake some sense into at least one of them – especially Elise, who refuses to acknowledge what’s right in front of her eyes. The group’s inability to be open and honest with each other gets incredibly frustrating as the book progresses but at that point the horror kicks up a gear and those earlier niggles all but fade into the blood-soaked background.

Dark, disturbing and gory enough to make sensitive readers a little green around the gills, The Return is a book that will haunt you for days after. It’s been two weeks since I finished it and I still feel traumatised…

The Return is out now in ebook and will be published in hardback by Hodder & Stoughton on 10 September 2020.

In Search Of Greatness Review