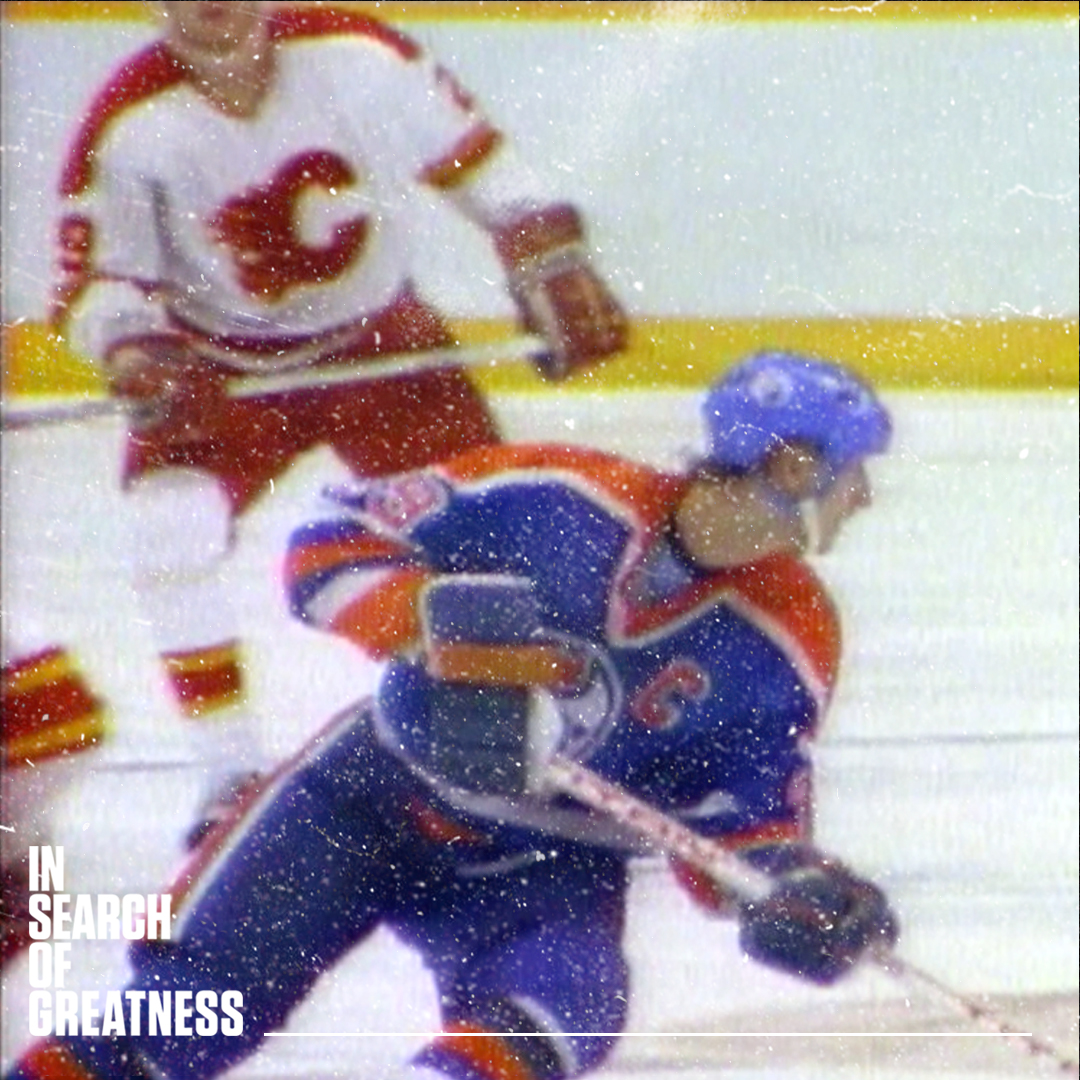 Gabe Polsky’s documentary In Search of Greatness investigates the qualities and processes by which talented athletes become exceptional athletes. Throughout the film, a number of sporting greats such as Michael Jordan, Rocky Marciano, Mohammed Ali, Venus and Serena Williams and the Brazilian footballer Garrenchi are referenced; the latter is a particularly interesting case – despite a congenital defect in his legs, Garrenchi enjoyed a brilliant career as a professional player, and has been described by some commentators as a superior player to Pelé.

The spine of the film consists of excerpts from interviews with the ice-hockey player Wayne Gretzky, former San Francisco 49ers wide receiver Jerry Rice, the aforementioned Pelé, and with author and journalist David Epstein and education expert Ken Robinson. The athletes describe their early experiences of their chosen sports, while Epstein and Robinson analyse the factors that bring out the best in promising child athletes.

Gretzky and Rice are, by now, in their late 50s. Both are clearly intelligent and articulate men, and each radiates a certain serenity. Is that serenity a consequence of each knowing that at one time they were amongst the finest practitioners of their chosen sports, with consequent fame and wealth, or is it an innate quality that helped them to become the athletes that they were?

Pelé, on the other hand, appears to be somewhat less tranquil. Perhaps, since he’s twenty years older than either Gretzky or Rice and has suffered bouts of ill health in recent years, that’s a consequence of a heightened sense of his mortality, or of an awareness of how distant his glory days are now; or, perhaps, after sixty years of interviews about his career, he’s simply bored with talking about the game and his part in it.

Epstein and Robinson provide interesting insights into how early coaching techniques affect athletic development at an early age; it becomes apparent that coaching focussed on rigid ideas of positioning and tactics are less beneficial in the long term than allowing children to absorb technique through experimentation and play. At one point, Gretzky describes how, as a boy, his hockey team were regularly beaten by another team who were rigorously drilled to win games.  On the way home from yet another defeat, Gretzky’s father predicted – accurately – that none of the boys on the other team would ever make it in the professional game. In time, several of the boys in Gretzky’s team, coached in a far more relaxed way, became professional ice hockey players.

The film also strays into what made cultural figures such as Lennon and McCartney, David Bowie and Jimi Hendrix excel. Ken Robinson describes how the two Beatles would regularly sit down together to work on the understanding that, at the end of the session, they would have written a song. There’s a certain discipline required there that might seem to be at odds with the experimentation referred to earlier, but by that stage in the career of the Beatles I’d expect that the foundations of confident creativity honed by technique were already well established.

In Search of Greatness is a fascinating study of exceptional people; strengthened, I think, by the absence of any commentary other than those of the interviewees. Rice and Gretzky in particular are both charming men with a wealth of anecdotes and intelligent analyses. I’d have been interested in finding out more about the Brazilian footballer Garrincha – but the story of a man defined as a cripple as a boy, who rose to the top of his sport and to folk hero status in Brazil, is probably worthy of a documentary tin itself.