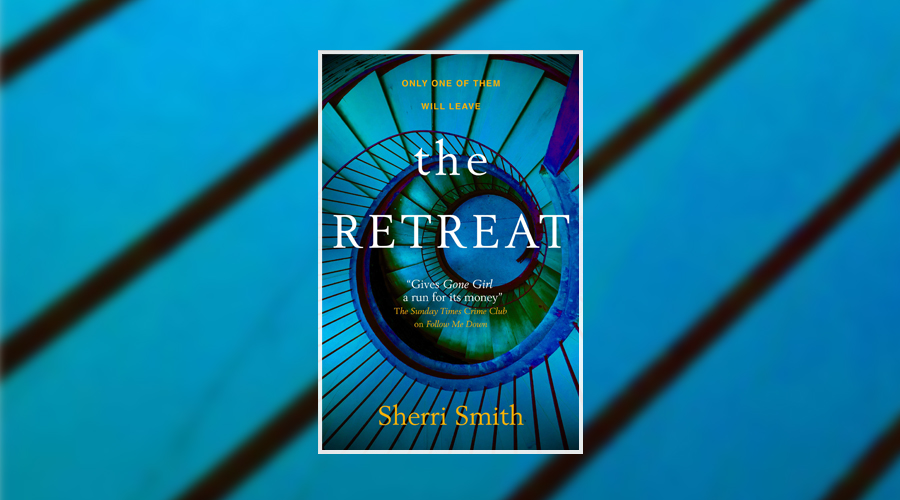 It’s a strange thing when you enthusiastically enjoy a book’s plot but struggle to like, or even identify with, any of its key characters. That’s the predicament I found myself in when reading Sherri Smith’s The Retreat – a psychological thriller about four women who attend a holistic wellness retreat that only one of them leaves alive.

It’s an instantly intriguing premise, made all the more gripping by Smith’s tense, no-holds-barred writing and the attention-grabbing prologue that delivers a trail of dead bodies and an unhinged last girl standing. From that beginning, we know only one of our four protagonists is coming away from the retreat with her heart still beating. Is it Katie, the grown-up child star travelling down a path of post-Hollywood self-destruction? Is it too-perfect Ellie, Katie’s soon-to-be sister-in-law who arranged the retreat as a bonding activity? Perhaps it’s Katie’s best-friend Carmen, who’s struggling with crippling debt and family obligations, or her other best-friend Ariel, who’s running away from a failed job and a messy affair with a co-worker.

All four women have come to the retreat for different reasons and they all have damning secrets that they’re hiding. It soon becomes a dangerous game of who’s got the most to lose, who’s got the most to gain, and who’s willing to go to devious lengths to ensure their endgame is fulfilled. It’s a credit to Smith’s writing that the last girl standing isn’t immediately obvious because all four women come across as self-involved and scheming. There are few redeeming qualities between them and they could all be capable of violence if pushed and prodded enough. Katie is outwardly immature and selfish, whilst Ariel’s lack of self-confidence makes her easily threatened by other women. Ellie and Carmen seem the most level-headed but they also have ulterior motives, which makes them just as likely to snap.

This all combines to create some brilliant suspense, even if you do spend most of the book mulling over just how horrible these women are. It’s not just that they’re flawed, something every well-written character should be. They’re genuinely hateful, with no sympathy for the hardships their friends might be facing, and when bad things start happening, you really don’t care whether they live or die. Perhaps that’s not the best response to characters in a novel but it does add credence to the toxic tone that permeates the story.

Whilst the book’s lack of pleasant and redeemable characters leaves a somewhat empty feeling come the end, The Retreat is a suitably twisty murder mystery that encompasses much deeper and darker themes: damaging female friendships, childhood trauma, and the perks and pitfalls of celebritydom. It goes some way to explaining the characters’ dreadful actions. Even still, I probably won’t be booking myself onto a wellness retreat any time soon. You never know what could happen.

The Retreat was published by Titan Books on 13 August 2019