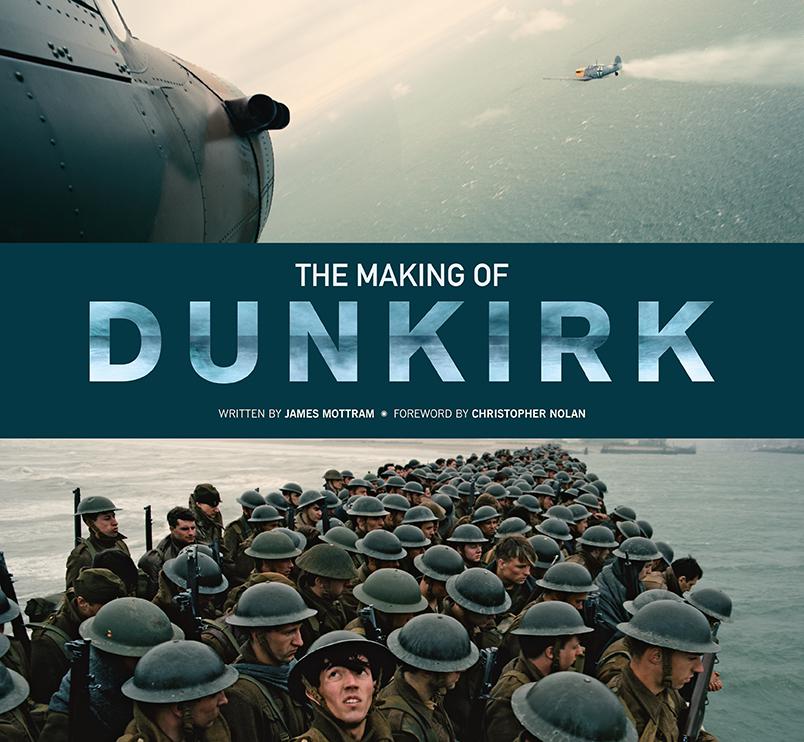 When it comes to film and TV companion books, nobody makes them better than Titan Books. They’ve brought us stunning hardbacks on everything from Harry Potter to Avatar, and now we can add The Making of Dunkirk to their extensive back catalogue.

Published this past summer to coincide with the release of Christopher Nolan’s World War II epic, James Mottram’s The Making of Dunkirk tells the in-depth story of how the director brought the harrowing real-life event to screen using innovative filmmaking techniques. Beginning with a foreword from Nolan himself, we get a glimpse of why the director wanted to tackle such a “biblical scale” event and what he wanted to achieve by turning it into a blockbuster.

Nolan’s mission was simple on paper; he wanted “to tell the story from three distinct and limited viewpoints – those on the beach, those in the air, and those crossing the channel to come to the rescue”. The reality of how to recreate these tales was a much more daunting and difficult task.

The first portion of the book expands upon Nolan’s foreword, exploring the history of Operation Dunkirk and how the director and his filmmaking team approached the story; they had to be as authentic as possible, which meant lots of research and consulting with historical advisers. This is the first Nolan film to revolve around multiple lead characters (all the director’s previous movies have had one central character to propel the story forward). Casting the right actors then, was imperative to the film’s success.

The chapters take readers through casting choices, preproduction, the actual shooting of the film, and the difficulties that arose from filming the sea-based sections of Dunkirk, where the cast and crew were at the mercy of the elements. Nolan is an incredibly hands on director and we see this through photographs of him floating in the middle of the sea, whilst DoP Hoyte van Hoytema lines up an IMAX shot.

If you love the art of filmmaking, you’ll find this book both beautiful and informative. The behind the scenes concept art, storyboarding and photography is exquisite, revealing everything from model ships being built, to actors lined up on the beach and being rocked about in boats. There’s a fascinating section on the aerial sequences too, with the plane stunts mostly done for real, rather than with CGI.

When shooting concludes, there’s still work to be done and the latter pages deal with the editing process, the sound and the score. As Mottram says in his concluding chapter: “In an industry dominated by sci-fi, fantasy, and comic-book movies, Dunkirk is singularly unique in the Hollywood marketplace.” This book is also singularly unique in that it provides a one-of-a-kind guide to one of 2017’s best movies.

The Making of Dunkirk was published by Titan Books on 18 July 2017.