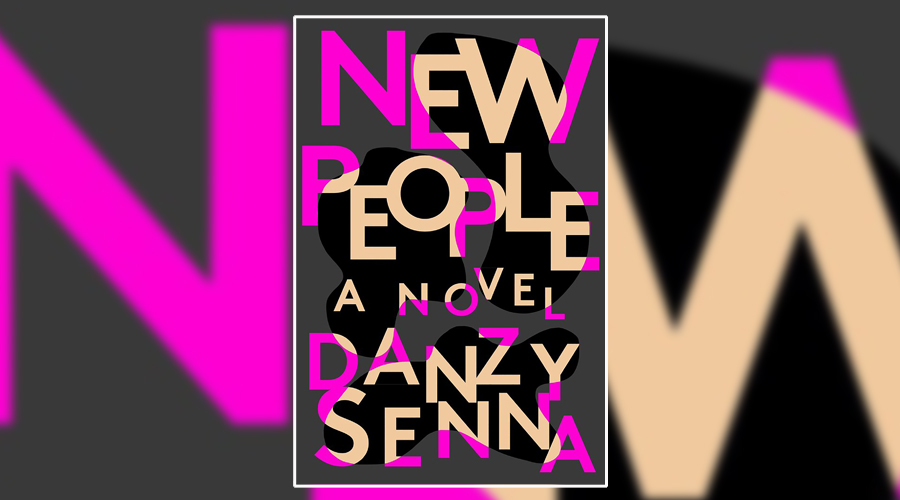 On the surface of it, Danzy Senna’s fifth published work New People is a simple story of a woman at the end of the 20th century who’s torn between a safe future with her fiancé or the more unpredictable life she’s built up for herself in the fantasy of being with a poet she barely knows. But the beauty of New People is that there is so much more going on beneath that surface, and Senna knows exactly how to tease out discussions of class, race and society in amongst her stylish prose to ensure this novel is one that stays with you long after you finish reading.

When we first meet Maria, she’s already enthralled in the grips of obsession for a character we know only as “the poet”, despite being in the midst of planning a wedding to her college sweetheart Khalil. Together, Maria and Khalil are the perfect couple, with Khalil breaking into the first dot-com boom of the late ‘90s while Maria studiously works on finishing her dissertation on the Jamestown massacre. Framing the novel is the fact they’ve been chosen as the lead roles in a documentary about America’s “new people” – the people blurring boundaries between the old and the new.

Yet through it all, Maria feels like she’s just going through the motions of a life mapped out for her, jumping back and forth through time to reflect on her upbringing, her relationships and the forming of her identity as a mixed-race girl in a mixed-race relationship living in a black bohemian enclave in New York. As Maria’s fixation with the poet increases, it forces Maria to confront some home truths from her past, threatening her ‘perfect’ life and re-shaping the person she thought she was.

“In the half light, Maria examines her hand, the diamond and sapphire ring […] The ring is evidence that she is part of this tribe – herself, Khalil, Lisa, their friends – a tangle of mud-coloured New People who have come to carry the nation – blood-soaked, guilty of everything of which it has been accused – into the future.”

From its first page, there is no danger of New People being forgotten about as another mundane book to get through; instead, it’s a novel that wastes no time in delving into the overarching themes of desire, fantasy and identity. Maria’s thoughts, feelings and interpretations dominate this novel, and despite her flaws and at times perplexing actions, she is a character you connect with and one who really comes alive over the course of nearly 250 pages. But, as a byproduct of the intense focus on Maria, the other characters in the novel do lack depth and become more of a vague representation than fully fleshed people.

Senna’s storytelling has a striking style, weaving in and out of dialogue and thoughts, past and present and Maria’s life and her dissertation topic, so it is one you have to concentrate on, but once you’re in the narrative it’s difficult to come up again. New People also feels like it’s very reflective of its time – the characters were born in the ‘70s, raised in the ‘80s and came of age in the ‘90s, with all the new experiences and opportunities that came with that – and in that way it felt like it could be a precursor to Dear White People, following, as it does, a group of people of colour who face social injustice.

In all, New People is slow in places, completely perplexing and, above all, is a great read. It’s not one that everyone will get along with, but one that is worth it if you do.

New People was published by Riverhead on 3 August 2017