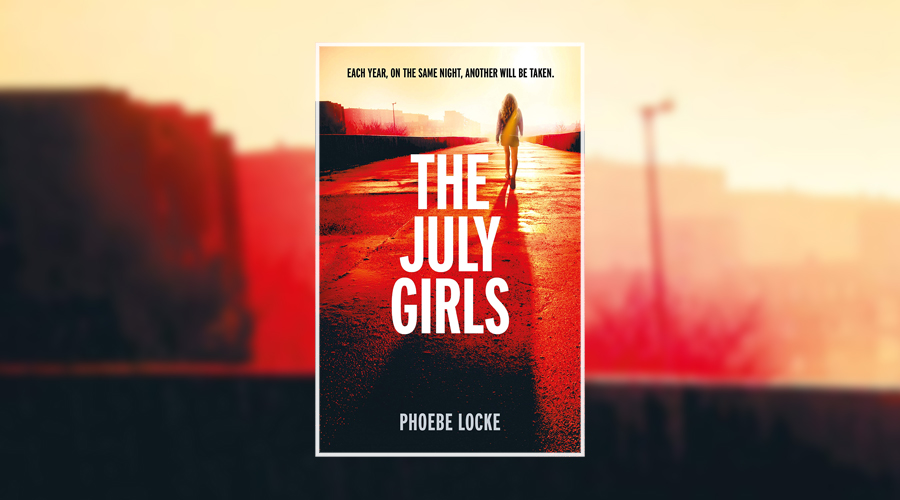 It’s 2005 and Addie is about to turn ten. With an absent mother and volatile father, all she can look forward to is a modest celebration with her older sister Jessie. On the morning of her birthday, however, four bombs are detonated across London and pandemonium ensues. Addie’s already brittle world teeters closer to the edge when her dad comes home covered in blood and Jessie discovers the purse of a missing woman hidden in his room. But if he wasn’t a victim of the terrorist attack, then he could be the potential attacker in an entirely different crime.

Every year, on Addie’s birthday in July, a young woman is snatched from the streets of London, yet another victim of a deranged serial killer whose victims, bar one, have never been found. Addie suspects her father of being the killer, even though Jessie says there’s nothing to worry about. She soothes Addie’s fears but then takes a job looking after the missing woman’s baby daughter, integrating herself into the grieving husband’s life. Addie might be young and naïve but she slowly realises that Jessie is not just trying to protect her from the truth. She might not be telling the truth herself.

Following last year’s dark and eerie suspense novel The Tall Man, Phoebe Locke delivers another gripping and unputdownable psychological thriller that will keep you up at night. It might not have the creepy horror-infused scares of Locke’s previous book but it’s just as unnerving with its brutal murderer who moves through the city like a ghost. Addie is a compelling protagonist – a young girl desperately feeling the loss of her mother, who constantly fears the wrath of her father, and whose sister is her entire world. So what happens when the only person she trusts starts lying to her? In Addie and Jessie’s case, it causes a hairline fracture in their relationship that very slowly and subtly deepens as the years go by. They love each other and they’ll never abandon each other but the lies and secrets take a toll.

The July Girls simultaneously tells two stories: that of the compulsive serial killer hunting his victims, and the evolving relationship between Addie, Jessie and their father, who may or may not be the psychopath the police are searching for. As Addie’s unofficial guardian, Jessie begins the story as a very likeable character, but she slowly becomes less sympathetic as her interests become more in line with her own desires and less to do with Addie’s. Glimpses of the killer’s perspective are interspersed throughout the story, as it becomes clear that Addie shares a link with him. It’s up to us to decide, for a while at least, if that link is shared DNA or something more obscure but just as discomforting.

Locke fills her story with details and events that root it firmly in the noughties, from the real life 7/7 bombings, which don’t directly affect Addie but alter her world nonetheless, to the pop culture references and the lack of smartphones. It gives the earlier chapters a strong feeling of nostalgia and there’s a real sense of time passing, things changing and people moving on in the latter half of the book. After all that build up, there’s a sledgehammer of a finale that knocks the air out of readers as much as it does Addie. It’s tense, thrilling and unexpected, the perfect end to a book that has you on tenterhooks throughout.

The July Girls is published by Wildfire on 25 July 2019