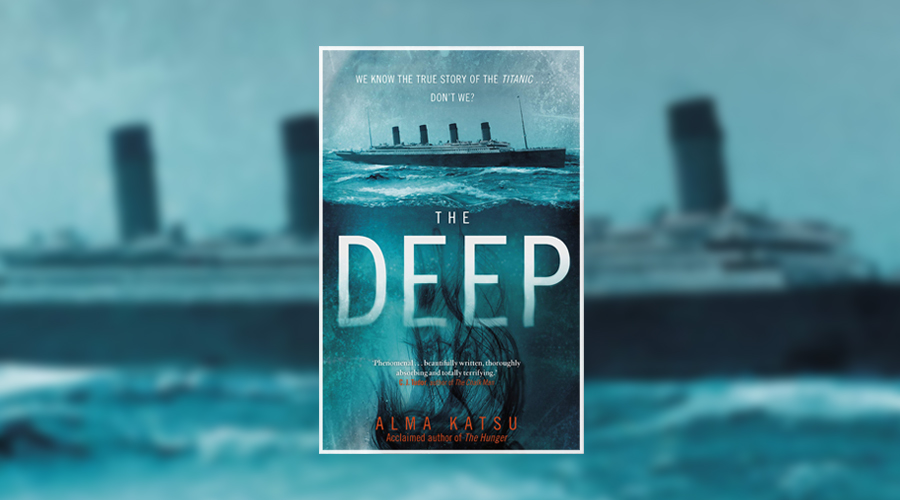 Theatre Review: The Time Machine at The London Library

Alma Katsu’s The Deep is a chilling historical tale that takes readers aboard the Titanic and her sister ship the Britannic, effortlessly weaving fact and fiction. Moving between the two vessels four years apart, we follow the crew and passengers – characters who are both real and imaginary – as they fall under the grip of a supernatural terror that’s only heightened by the gaping eeriness of the open ocean, the unnerving claustrophobia of being trapped at sea with no escape.

In April 1912, the luxurious RMS Titanic sets off on its illustrious maiden voyage from Southampton to New York City. Nobody aboard the ship has any reason to anticipate the tragedy that awaits for them as they sail towards the icy depths of the North Atlantic Ocean. Yet there’s a growing sense of disquiet spreading throughout the decks. Mysterious disappearances, sudden deaths and disturbing hallucinations plague the story’s characters – among them American millionaires Madeleine Astor and Benjamin Guggenheim, English newspaper editor W. T. Stead, Caroline Fletcher and her distracted husband Mark, and first class stewardess Annie Hebbley.

Four years later and the world is at war. Having miraculously survived the tragic sinking of the Titanic, Annie joins the war effort as a nurse aboard the Britannic, which has been refitted as a hospital ship. She’s still plagued by the haunting memories of that fateful voyage; nightmares and demons that refuse to let her move on. As more and more injured men are brought aboard the floating infirmary, Annie recognises a face she never expected to see again, a man she believed had perished on the Titanic. With that same sense of foreboding rearing its head, Annie’s already fragile nerves and unstable mind continue to unravel.

“All she has to do is close her eyes and it all comes back to her. The halls and the bustle and the noise. The fears and the whispers and the secrets. The hidden wanting. The thrash of the waves against the sides of the boat, so far below the deck that their foam seemed like a trick of the light and not the deadly cold it really was.”

There’s something compulsive and mesmerising about this story – much like the nature of the ocean itself – as it leads up to one of the world’s most famous catastrophes. Combining real life history with ghostly chills, Katsu creates such a strong sense of menace that even if we didn’t already know the fate of the Titanic, we could still foretell something bad building around the characters. The sea magnifies their superstitions, their ingrained suspicions and guilt, and it’s not long before each character’s paranoia begins to bubble over into a hysteria that’s contagious.

Katsu allows readers to experience the glamorous decks of the Titanic – the lavish ballroom, the luxurious leisure areas, the plush cabins, more in keeping with a hotel than a ship. The excess and opulence is such a contrast to the state of the decks aboard the Britannic years later, with its beds of traumatised soldiers and the stench of death. Annie is at the heart of both strands of the story, an outsider invited into the lives of the rich characters, though she’s still treated as something of an interloper – a stranger that doesn’t belong. Also entwined in her story is the Irish folklore of her heritage, tales of sirens and selkies that could be real or could be a figment of her imagination, lending an atmospheric mythical edge to the tale.

The Deep is an impeccably researched novel about love, desire, envy and revenge. It draws you into its darkness like the ocean current pulling you under the surface. When it reaches the end and you come up for air, you’ll need to take a few deep breaths to calm your nerves.

The Deep was published by Bantam Press on 5 March 2020

Toni Morrison: The Pieces I Am Review

Theatre Review: The Time Machine at The London Library