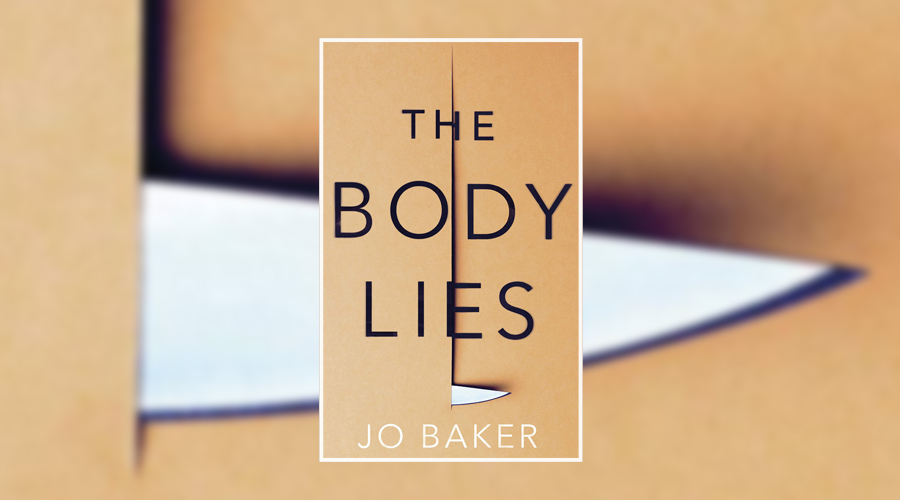 In a world of flashy thrillers all tripping over themselves to deliver the Next Big Twist, Jo Baker’s The Body Lies stands out purely for its quieter, and consequently more insidious, take on the genre. From the very first page, this novel proves itself a compelling read, and as the story unfolds through the trauma, struggles and imbalances of power experienced by the main character, that suspense only grows. But beyond the twists and turns of the thriller, The Body Lies also stands out for its careful examination of the role of women, both in these thriller novels and within society, making this book a powerful and unnerving read with thrills that run much deeper than your average surface shocks.

The story centres on a young writer who accepts a teaching job at a university in a bid to get out of London and escape the place where she was a victim of a violent assault while pregnant three years ago. With her husband’s job meaning he has to stay behind in London, she embarks on her new life as a single mother in the remote countryside alone with her son.

What was supposed to be a fresh start is quickly upset by her still-present fears and the demands of her new job, not least in her creative writing class where debates about violence against women ignite tensions. When troubled student Nicholas Palmer starts sending in increasingly disturbing work that blurs the line between fiction and reality, the professor recognises herself – or Palmer’s idea of her – as the main character. As the university year continues, our protagonist is left trying to escape the horrible fate that Palmer has written for her before life can imitate art.

“I thought how I had caused it all, had chosenit; not always the freest choice maybe, but still these were all my decisions. None of it would have happened if I had handled things better.”

Far from being your typical action-packed thrill ride, The Body Lies is something altogether more sinister, offering a terrifyingly insightful exploration of sexual politics and the way women are viewed in society – both by others and themselves. By not giving her protagonist a name, Baker has created a main character that represents the experience of all women, particularly those in fiction, and how men see them. It’s an idea that the author comes back to time and again too, inserting excerpts of the creative writing students’ pieces into the narrative and highlighting one of the students’ point of view too, drawing particular attention to the ways in which we perceive perspective, agency and motivation in telling a story, both within fiction and reality.

But while the timely reflection on the way in which women move through the world is a very powerful aspect of the book, it also happens to be a well-crafted, layered and all-round engaging thriller too. Baker’s literary narrative style may take a couple of chapters to get used to, but once you’re settled into the story it draws you in completely and seamlessly shifts between imagery that’s beautiful, dark and chilling. The lead character too is someone readers can empathise with as she continues to live with the fear and anxieties of her first assault, shifting from victim to survivor and back again while also facing down the pressures of work and increasing demands on her time. It’s a testament to Baker that, even with unsettling scenes and behaviours, readers are nevertheless compelled to read onwards.

As far as tense psychological suspense novels go then, you can’t go far wrong with The Body Lies, which offers an absorbing narrative, a dark atmosphere and an ending that satisfies readers without having to rely on an out-of-nowhere (and often unbelievable) twist to get people talking. There are parts of the novel that almost feel surplus to requirement; many of the creative writing students quietly drop out of the narrative with no real fuss, while a brief companionship between the lead character and one of her colleagues feels a little random too – even if it did provide the scene for one of the most powerful questions Baker delivers on how society sees women.

But the overriding cat-and-mouse, darkly obsessive relationship at the heart of The Body Lies is more than enough to capture a reader’s attention, and the novel quickly proves to be so perversely compulsive that it’s impossible to put down again.

The Body Lies is published by Doubleday on 13 June 2019