Book Review: Life Will Be the Death of Me by Chelsea Handler 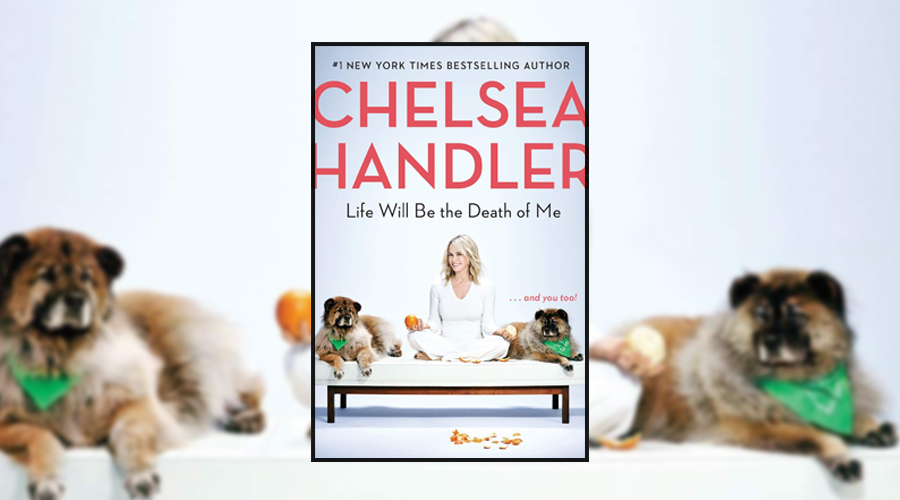 By her own admission, this is the deepest writing that Chelsea Handler has done. And you can tell. You can feel it. In her memoir, Life Will Be the Death of Me, Handler takes us through a year of self exploration and development. She has grown as a person, facing numerous aspects of herself in the process of betterment, with the help of a trained therapist, and in doing so unlocks a raw, exposed version of herself that is captivating and wrought with pain. She finds a way to insert laughs along the way, particularly towards the end, once she and you have cried it out, and you’re left with a lightness at the close of this book. It’s an excellent read and, for some of us, a mirror for issues and behaviour that we might have left unaddressed for a little too long.

Handler is smart and frank. In Life Will Be the Death of Me we learn more about why that is and why she became the person she is: a comedian, a writer, a TV host, an activist. She is someone who will call herself out, internally and in the text, on her failings. But it isn’t about self-criticism for flagalations sake; it’s an ability to look inward, evaluate and choose to change. You can’t tell someone off for something if they’ve already told you that they know what they did wrong. For anyone with privilege, particularly those who are white, able-bodied, and cisgender, it’s now imperative to do the work of figuring out what that priviledge has enabled.

To use one of Handler’s words, metanoia (a profound transformation in one’s outlook) is very much the overarching theme of this book. She dives into her home, her dogs, her upbringing, her family relationships, how she interacts with people and her career, and is able to find a whole new way of looking at each of those things. It’s all there on the page, her realisations for you to read and you can’t help but feel let in.

There are many biographies that delve into the darker and more difficult subjects of someone’s life and it always feels like something you have to respect. Handler discusses, in one particularly emotional chapter, the death of her brother at a young age, not in graphic detail but in emotional detail. She lingers in her reactions at that age and feelings about it now. It feels akin to Dawn French’s autobiography, Dear Fatty, and how she discusses her father’s suicide. It’s a profoundly powerful part of both books.

On the more upbeat side, for you need to have both in books, as in life, one of the funniest parts revolves around Handler’s relationships with her dogs, of which there have been a number over the years. In particular, when she discusses her latest adopted dogs, Bert and Bernice, and has to fight for Bert’s affection with her housekeeper, known affectionately as Big Mama. It all culminates in a moment, which should not be spoiled, as Big Mama and Bert attempt to get onto a weight loss regimen together.

Life Will Be the Death of Me is an outstanding book for anyone who’s avoided doing the soul searching they know they need to do. It won’t demand you see a therapist afterward, but the suggestion is there because in the chapters where Handler is in session with her’s, Dan, you’re along for the ride as real, valuable progress is made. And it makes you want that too.