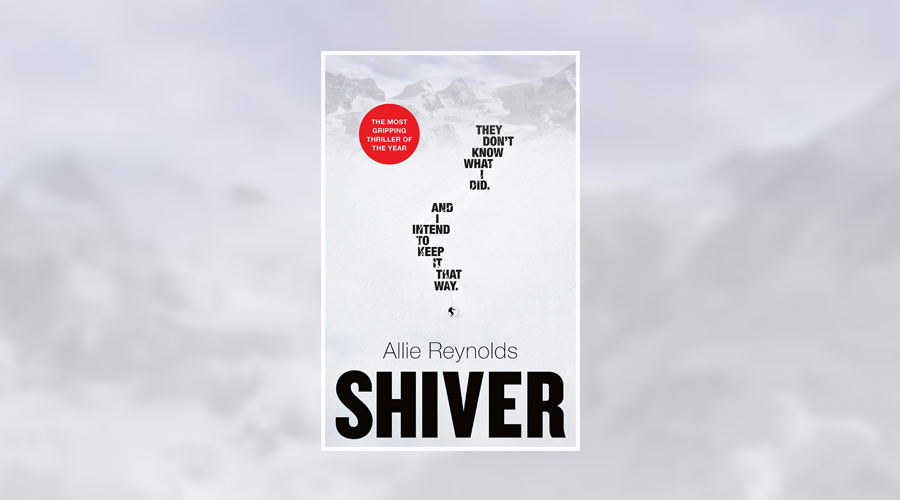 In the past, Milla, Saskia, Curtis, Dale and Brent are all rising stars of the professional snowboarding world. They’re used to the dangerous, high-stakes nature of their sport and they thrive in the hyper-competitive atmosphere that surrounds them on the slopes. With sponsors and the media tracking their progress in the run up to the British Championships, they all have bright futures ahead of them. That is until Saskia disappears on the morning of the big competition, prematurely ending the glittering snowboarding careers they all hoped for.

In the present, Milla, Curtis, Dale, Brent and their friend Heather have been mysteriously invited for a reunion at the same French Alps resort where everything went wrong. It’s been ten years since Saskia vanished and yet her presence lingers like a dark shadow, following the friends back up the mountain where their young, hopeful dreams froze in the ice. Gathered at the top of the deserted resort, the group very quickly realise that they’ve been duped into reuniting and they’re stranded atop a glacier with no way to get down. But who assembled them together? And does this vengeful ghost intend to let them leave alive?

As a former competitive snowboarder, Allie Reynolds has taken what she knows and weaved it into a gripping, keep-you-guessing debut thriller that offers a glimpse into extreme sport from the perspective of a group of characters with more to fear than the volatile landscape. Milla is the book’s main POV and it’s instantly apparent that she’s harbouring serious guilt for her part in Saskia’s vanishing. What’s not obvious is just how guilty she is. She’s not the only character who feels culpable though; Brent looks haggard, as if he’s been carrying the weight of a secret for years, whilst Heather and Dale – now unhappily married – are acting suspiciously jumpy. Then there’s Curtis, Saskia’s brother, who had to deal with the devastating fallout of his sister going missing and might now have an axe to grind that belies his friendly demeanour.

“The immense mass of ice up there is a frozen river that flows too slowly for the eye to see. Recent victims brush shoulders with older ones in its glassy depths. Some emerge at the top, others at the snout and there’s no way of knowing who will come out next.”

The longer they’re trapped up the mountain, the more the friends unravel, with old resentments and deep-set bitterness turning everyone into a potential suspect. Reynolds cleverly allocates portions of blame between the friends, so that one moment you’re convinced Heather and Dale were responsible for Saskia’s disappearance and the next you’re entertaining the idea that Curtis or Brent might have murdered her and disposed of the body. Of course, without a body to prove she actually died, there’s also that niggling feeling that Saskia could be the one toying with them all – something she was always so good at.

Milla, for her part, doesn’t seem like the kind of person that could purposely hurt anyone, but the alternating chapters that take place in the past reveal a bitter competitiveness between her and Saskia that just might have pushed either one of them to make a terrible mistake. No scenario is off the table and it’s that unpredictable nature of the story – in addition to the unforgiving, isolated location, and the romantic tension sizzling between Milla and Curtis – that kept me turning the pages as if there was a time limit on reading them and I had to reach the end as quickly as possible.

Tense, thrilling and genuinely unputdownable, Shiver is a deft depiction of female rivalry, love-hate relationships and the extreme nature of competitive sport. It also has a killer twist at the end that had my head whirling as I realised there were yet more scenarios that Reynolds had artfully disguised and I’d failed to even consider. There might be an abundance of thrillers coming out this year, but Shiver is right up there with my early favourites.

Shiver is published by Headline on 21 January 2021