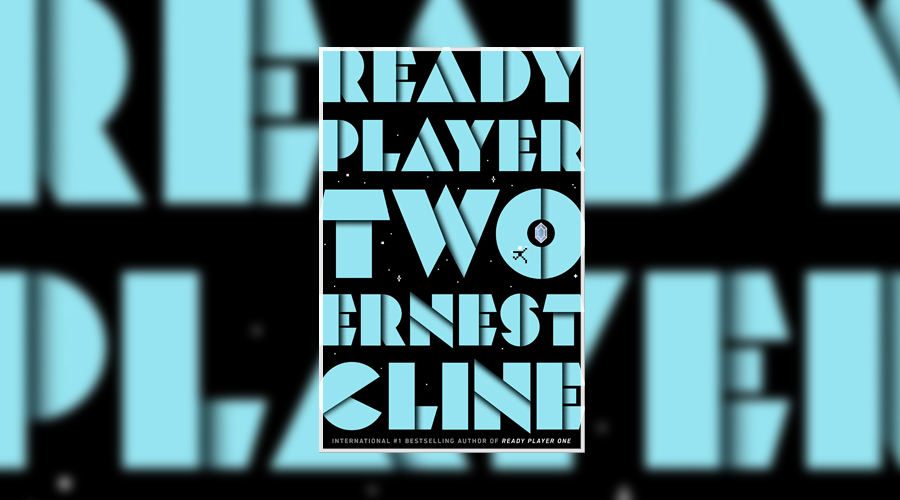 Ready Player Two is the slightly more mature, but no less blinkered, early years teen to Ready Player One’s enthusiastic and nerdy kid who can’t stop giving you every known detail about their favourite thing – even though you stopped caring or comprehending what they were on about several minutes ago. It continues Wade/Parzival’s story as he and the rest of the High Five remake the world in their image using the vast wealth they have inherited from winning Halliday’s contest. Going their separate ways for the most part, they’re forced to reunite when a new contest is activated where the prize is The Siren’s Soul.

If you loved Ready Player One, with it’s abundance of 80’s pop culture references, built in Wiki summaries, white men with more ideas than sense, and a video game-style contest using challenges based on obscure knowledge about a fictional character and his favourite 80’s things, then Ready Player Two is exactly what you want it to be. Though try not to be put off by the Bambi-esque progressive steps into diverse representations of gender and sexuality, even if they are unfamiliar and sound too politically correct for you.

The story picks up right where the first left off, then does a bunch of time jumps within paragraphs and chapter sections that make it hard to know if 3 or 30 years are supposed to have passed; I think it’s about 5 years but I can’t be sure. It does take a significant and necessary step forward from the first book, which was published in 2011. The world, and likely the author, has been exposed to more modern conversations of gender, sexuality and race. There have also been advances in the representation of women in gaming and nerd culture (though it is certainly not where it needs to be and involves plenty of misogyny and hate). These aspects have been taken on board by Cline and are reflected in his protagonist Wade (you can tell this because Wade literally says that he has learned new things like how gender and sexuality are more complex than man and woman, gay and straight, etc).

Creating another quest full of riddles for Wade, Shoto, Aech and Samantha to go on makes sense for the sequel. Their lives are (mostly) in the Oasis for its gaming, and the addition of a rogue villainous AI and a countdown to solve the new quest avoids a complete retread of the first novel. However, the characters do seem to conveniently forget about this temporal deadline at regular intervals, even with lives on the line, veering into the absurd at moments when tensions should be highest.

One of Cline’s characters does manage to become the voice for many of the casual enjoyment readers. Samantha, aka Art3mis, scolds the other three for their self-indulgent choices, despite them feeling they are benevolent uber wealthy people, and at all the key story points warns about the dangers of their actions. She also somehow still manages to be kind and compassionate, even though Wade is more often than not needing to be shaken back to reality and given a stern yelling at.

Wade’s pseudo self-awareness is baffling and very forthcoming. He openly explains his personal growth and shortcomings in a way that does make sense in the context of the book as a whole, but still doesn’t really go the whole way to excusing it as a narrative style. Similarly, Wade learning that Halliday might have been a terrible, creepy person who made a revolutionary technology does suggest he’s been grappling with morality. On balance, his actions at almost every turn shows that he hasn’t really understood that if you know the difference between right and wrong, the next step is to not do the wrong thing. Simply knowing the difference isn’t enough; it’s all very Eleanor from season one of The Good Place.

Ready Player Two is a lot like it’s main character. Both have developed in interesting and, arguably, admirable ways. Yet there are also large gaps in comprehension of newly learned concepts that causes uncontrollable eye-rolling. In terms of story, fans of the first book will get their deep dives into tech, games and the 80’s, and those who discovered Cline’s work via the movie adaptation will find there’s plenty of action and references to satisfy what they loved. It’s an enjoyable book, but nothing to rave about.

Ready Player Two was published by Century on 24 November 2020