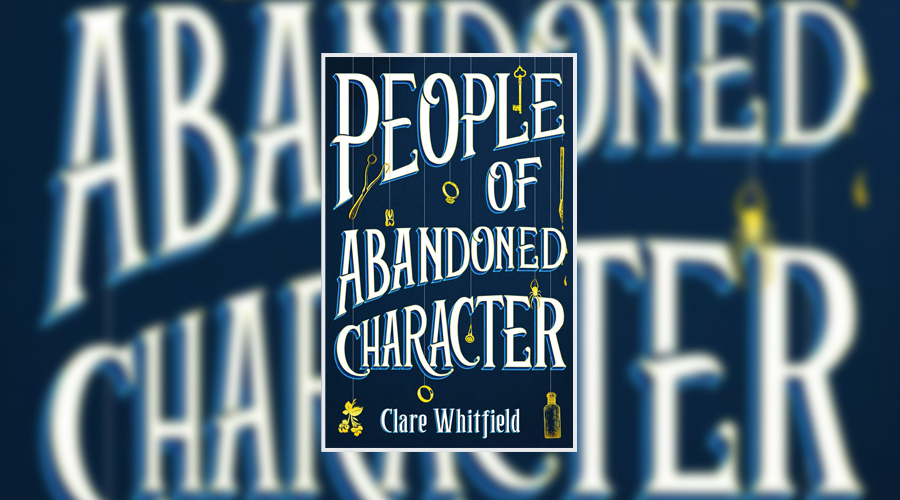 Stories of Jack the Ripper, the unidentified serial killer who stalked East London’s impoverished areas in the late 1800s, have reverberated through the decades and been the focal point of many a book, TV series and film. Most recently, Hallie Rubenhold’s The Five sought to explore a different narrative – that of the five women killed by the Ripper, allowing them to be seen as human beings, rather than just a body count. Clare Whitfield’s debut, People of Abandoned Character, whilst fiction as opposed to Rubenhold’s biography, is also a fresh and unique take on these macabre historical events, imagining the story from a woman who begins to suspect her husband of being the Whitechapel murderer.

It’s London, 1888, and Nurse Susannah Chapman – mourning the loss of her secret lover – rushes into a marriage with charming, well-respected doctor Thomas. It’s a hasty decision she almost immediately comes to regret, as her husband changes the moment they return to London after their passionate honeymoon. Gone is the playful, adoring man who pursued her, and in his place is a distant, cruel and volatile stranger. Having traded the profession she worked so hard to attain for captivity as a Victorian middle-class housewife, Susannah is isolated, lonely and increasingly suspicious of her husband. Her doubts soon turn to a genuine fear when her husband returns one night covered in blood; the very same night that the Whitechapel murders begin…

Susannah develops a morbid curiosity with the murders, devouring the newspaper stories and visiting the crime scenes in a bid to learn as much as she can. But the more she discovers about the murders terrorising women in the city, the more she’s convinced that Thomas is the killer. Is it sheer coincidence that he’s always ‘working late’ when the murders take place? Could there be a rational explanation for him returning to the house late at night covered in blood or scratches and in a frightening mood? Susannah is determined to uncover the truth, even if it confirms that she’s trapped in a marriage to a monster.

Initially inspired by newspaper articles from the time, Whitfield’s story might centre around the Jack the Ripper murders, and by extension feature some pretty gruesome descriptive imagery, but People of Abandoned Character is more about the struggles and plight of a woman imprisoned in more ways than one: in a destructive marriage; in a house run by a disrespectful housekeeper who doesn’t even try to hide her disdain for her new mistress, and in an era that doesn’t allow women to speak, act, live or love freely. In Whitfield’s own words, she wanted to create a “complex and strong female protagonist who was prepared to do anything to keep her head above water, and succeed”, and that’s exactly what this novel delivers.

Whitfield’s historical detail takes in the class differences of the time, the freedoms and liberties extended to those with money and power, and the gender inequality that allows for women to be seen as disposable. At the heart of the story is Susannah’s toxic marriage and we see how Thomas’ behaviour, his violence and demoralising passive-aggressive comments, seeps into Susannah’s psyche, making her believe that the man she vowed to spend her life with is actually capable of unspeakable crimes. Following Susannah’s journey to the ultimate truth is shocking, thought-provoking, gripping and – given the macabre subject matter – more than a little stomach turning.

People of Abandoned Character feels like a continuous, complex mind game. By keeping readers in the dark as much as Susannah, and devoting a small share of the story to each of the women killed by the Ripper, Whitfield ensures that this is a debut to remember. And one that will make readers of historical fiction eager for her next book.