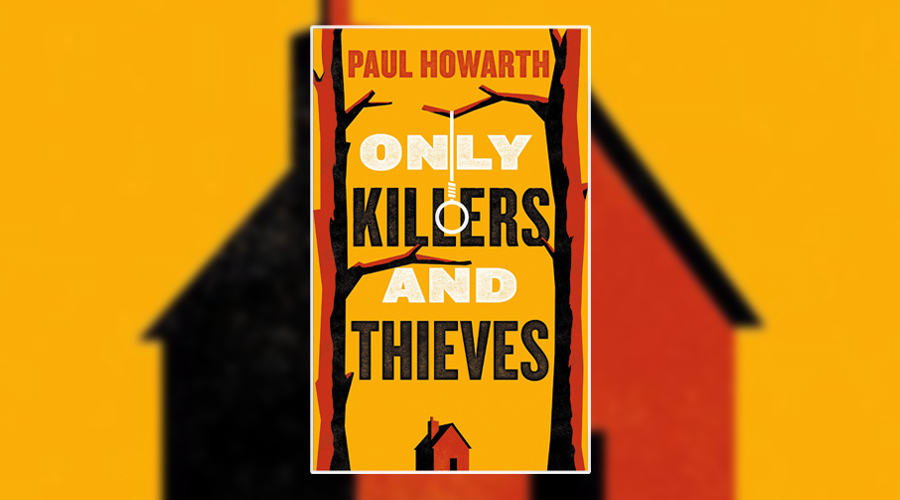 Paul Howarth’s debut Only Killers and Thieves is a brutal and visceral outback western to rival the best American frontier novels. Set in Central Queensland towards the end of the nineteenth century, the story follows two brothers whose lives are irrevocably changed when they return home one day to find their parents murdered and their younger sister, Mary, as good as dead.

Upon the devastating discovery, Tommy and Billy McBride travel from their family’s remote frontier smallholding, seeking the help of John Sullivan, a wealthy and callous local landowner with a grudge against the Indigenous Australians. Their father might have loathed Sullivan but, with Mary at death’s door, the boys have no other option; Sullivan has the resources, the funds and the connections to aid them, if he so chooses.

Inexplicably, Sullivan offers the boys more than a doctor for their sister. He offers them justice against the brutes who murdered their parents, persuading them to sign statements that point the finger at the Indigenous people, even though the boys didn’t see the culprits. Sullivan employs the deadly Inspector Noone and his ruthless Native Police to accompany them on a perilous quest into the outback, where Tommy witnesses first hand the horrors of colonial power.

“The guilt is collective, the responsibility shared. In a hundred years no one will even remember what happened here and certainly no one will care. History is forgetting.”

Only Killers and Thieves is a lot of things: an authentic outback western, a fierce story of justice, and a moving coming-of-age tale. It’s also a brutal fable about race, morality, family, brotherhood, ownership and the historic consequences of British colonial power. Tommy and Billy grow from boys to men during their mission for revenge, but the paths they take are very different. Billy is weak and easily swayed; he instantly slips into the role of Sullivan’s lapdog and, in the process, becomes unrecognisable to his brother. Tommy, on the other hand, is quieter, more kind and more intelligent; he looks past what’s presented to him as fact and seeks the real truth underneath.

Sullivan, of course, has his own reasons for offering the boys help, and as the story progresses, Tommy and Billy find themselves on opposite sides of a war that isn’t their own. Howarth doesn’t hold back in describing the settlers’ dispersal of the Indigenous people, revealing the hate, racism and bloodshed in all its sickening horror. The threat and menace is a brooding presence as Tommy becomes increasingly traumatised by his experiences in the bush. He is complicit, whether he wants to be or not, and his story evolves from one of pursuing justice to one of seeking atonement.

Tommy might be our emotional eyes into this particular point and place in history, yet it’s the character of Inspector Noone that comes across the strongest, his characterisation at once fascinating and terrifying. Fleeting moments of unnerving gentlemanly behaviour are offset by shocking scenes of savagery, adding to the mystique that gives him legend status amongst the other characters in the book. Is he just another villain driven by his own desires like Sullivan, or is he merely abiding by the duty bestowed upon him in order to protect settler rights? This ambiguous quality makes Noone a character that sticks with you as much as Tommy does.

Howarth didn’t write this book for the faint hearted; the violence is unshakably violent, the horrors are heart-wrenchingly horrifying. Yet you’ll be hard pushed to find a more compelling novel about Australian history, one that asks nuanced questions about humanity, morality and complicity. Only Killers and Thieves is an accomplished debut from a writer we should expect great things from in the future.