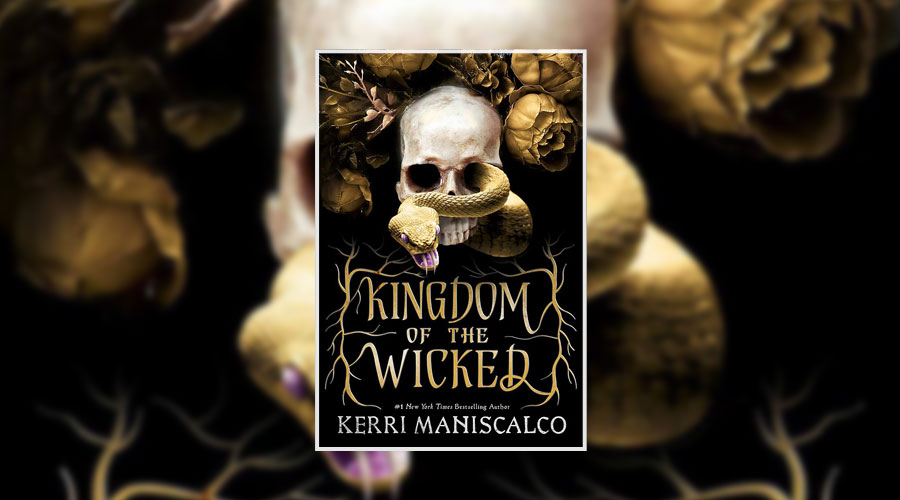 To all the books I loved before October. I’m sorry I said you were my favourite of the year. I spoke too soon and should have waited before making such proclamations. Because there’s a new book that’s skyrocketed to the top of my 2020 favourite list and it’s called Kingdom of the Wicked.

When Emilia’s twin sister Vittoria is brutally murdered, her devastation is matched only by her thirst for vengeance on who, or what, killed her. Born into an Italian family of streghe, witches who live secretly among humans, Emilia vows to seek retribution at any cost – even if it means using the dark magic she was brought up to fear, the sort of dangerous magic that has long been forbidden to her kind.

Consumed by her grief and anger, Emilia summons a demon – specifically Wrath, one of the seven princes of Hell known as the Wicked. Whilst it initially seems as if Wrath is begrudgingly on her side – he claims to share the common goal of solving the series of witch murders on the island – Emilia knows she can’t truly trust a demon, even one who’s magically bound to protect her. Because when it comes to the Wicked, they will lie, cheat, charm and kill to get what they want, and Wrath almost certainly has ulterior motives. If Emilia remembers that, she might just survive her quest for vengeance – a quest that involves demons, witches, witch-hunters and other supernatural beasties.

“…the goddess of death and fury hadn’t ignored my pleas. She’d simply been biding her time, waiting for me to turn my despair into something she could use. A twig is just a bit of broken wood until it had been sharpened into a spear. Grief carved me in half. And fury honed the pieces into a weapon. Now it was time to unleash it.”

Arriving just in time for Halloween, the new YA fantasy novel from Kerri Maniscalco – author of the Stalking Jack the Ripper quartet – is a darkly romantic story that combines the underworld monsters of Supernatural and the sisterly bond of Caraval with all the danger and doom you’d expect from a story rooted in demon mythology and the seven deadly sins. The conflicting, evolving love-hate relationship between Emilia and Wrath also gives off some serious Cruel Prince vibes and it’s deliciously addictive. You’re never entirely sure whether they’ll hurt each other or save each other, and it makes for a constantly thrilling read.

Maniscalco’s pacing is perfection. The action propels the story towards its cliff-hanger end, whilst still managing to hit all the quieter emotional beats needed for a story about a young woman grieving the sudden loss of her sister, who’s also trying to learn about her heritage, save her remaining family, and possibly the world too, from a terrible encroaching evil. There’s also such a beautiful sense of history and place to the story, stemming from the Mediterranean island setting and Maniscalco’s descriptions of typically Italian food and family life. It transports you to a world you don’t want to leave – even with the terrifying threat of demonic forces looming.

It’s the balance of all these elements, in addition to the hugely engaging, larger-than-life characters and the promise of a very doomed romance, that makes Kingdom of the Wicked a book that you can completely lose yourself in. I couldn’t stop turning the pages and it was only on the final chapter that I purposely slowed down in an attempt to make it last forever. I wasn’t prepared for how much I’d love this novel but with the promise of more magic, dark romance and demonic drama to come, I’ll be first in line for the sequel. Now, if you need me, I’ll just be sitting in a dark corner, chanting a spell to hurry up the publication of the next book in the series.