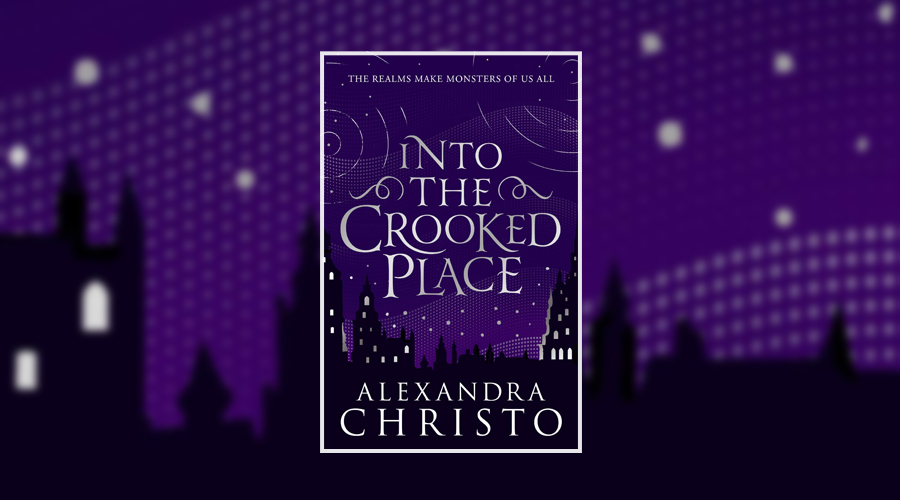 As the cold, dark autumn nights draw in, we all need some bookish magic to escape into. For some that might be heart-fluttering romance or complicated family drama, for others it’s dark and dangerous adventures set against the backdrop of fantastical lands. Alexandra Christo’s Into the Crooked Place has all these addictive elements and then some as it introduces a brand new fantasy realm and rag-tag crew of crooks to fall in love with.

Creije Capital is a city ruled by magic – an underworld where crooks and criminals trick, steal and sell on the streets under the watchful eye of the kingpin, Dante Ashwood. Tavia Syn is one such crook. She keeps to herself, counting the days until her debt is paid and she can flee the criminal life she was unwillingly thrust into as a child. With her freedom finally in sight, Tavia exposes a sinister black magic plot that threatens not only Creije but the entire realm. Tavia might dream of escaping the illicit city but there won’t be a free world to flee to if the immoral kingpin has his way.

Tavia doesn’t stand a chance of taking on the kingpin alone. With no other options, she forms an unlikely alliance with three deadly crooks who’ve done and seen far worse things than she has: Wesley, her childhood friend, who also happens to be a ruthless underboss and the kingpin’s protégé; Saxony, a ‘Crafter’ imbued with powerful magic who’s hell-bent on avenging her family; and Karam, a ferocious underground fighter who’s mission is to defend the realm and protect those she loves, even if it means leaving a trail of dead bodies in her wake. The four crooks might be reluctant saviours but they’re saviours all the same, perhaps the only ones capable of uniting the different kinfolks. If only they could learn to trust each other…

“The realms make monsters of us all,” Eirini said.
“It’s not the realms.” The blade felt too light in Saxony’s hands. “It’s the people in them.”

Christo’s 2018 debut, To Kill A Kingdom, was a dark Little Mermaid-esque seafaring tale of sirens and pirates that instantly captured YA readers’ attention. Into The Crooked Place has that same fast-paced, adventure-fuelled quality but it feels fiercer, more exhilarating, and Christo’s writing more assured. Told from the perspectives of our four crooks, it’s a story about flawed anti-heroes fighting for themselves and the realm they call home. Where once those things might have been separate entities, they soon become entwined. To save their own souls, they must first save each other, and that means swallowing pride and past grievances for the greater good.

This is a classic good versus evil tale on the surface, with the wicked kingpin plotting to destroy the realm, but it’s the morally grey central quartet that make it such a captivating read. Magic practically crackles off the pages as the characters trade charms, tricks and verbal barbs, slowly revealing the complicated history they all share. Christo writes such enjoyable, amusing banter – particularly between Tavia and Wesley, who have a delicious love-hate relationship – that you want to be a part of her motley crew. They’re certainly not perfect, and they’re just as likely to shoot each other as they are to take a bullet for one another, but they come to feel like an odd sort of dysfunctional family.

At times there’s a feeling that Christo is holding back on us, which is only natural given this isn’t a standalone and the threat needs to extend through to another novel. However, the kingpin’s lack of page time diminishes how menacing he’s supposed to be. Characters talk about how awful Ashwood is and they witness the chaos he’s unleashed on the realm but he remains as shadowy as his appearance. When the showdown plays out towards the end, the kingpin – with his wraith-like appearance – is frustratingly unfrightening and bland. We need more for the follow-up – more blood, more threat, more evil – if we’re to fear the kingpin like Christo’s anti-heroes do.

Lacklustre villain aside, Into The Crooked Place is a darkly magic story of love, loyalty, allegiance and vengeance. It travels through dangerous cities and across seas aboard floating trains. Hellish demons lurk in the darkness and ghosts, both literal and metaphorical, haunt the characters, spurring them towards whatever uncertain fates await them. The end is one part hope, two parts dread, and a whole lot of excitement for the second instalment of this fantasy duology.