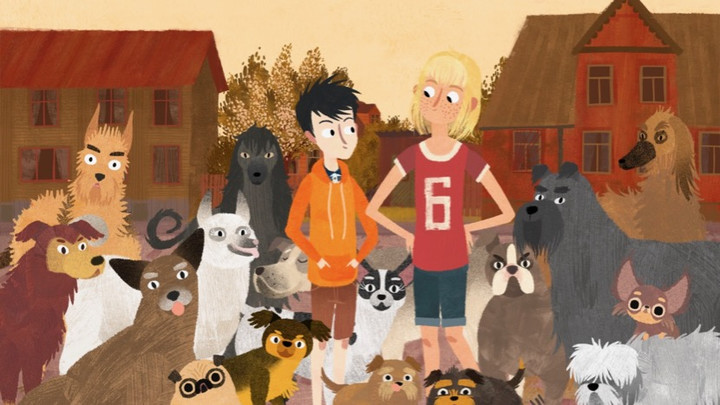 It happens at least once a festival – maybe more, if you’re lucky. You come across a film you know nothing about. You know no one who’s in it, you’ve heard no reviews. It just appears to you, out of nowhere. On a whim, you give it a go. And it steals your heart. My heart has been stolen several times this year, but never more so than by Jacob, Mimmi and the Talking Dogs.

Much to Jacob’s chagrin, his dad must go out of town on a work trip, and so he is deposited at the house of his uncle Eagle and cousin Mimmi. At first, Mimmi and Jacob do not get on, but before too long, they become friends. When Mimmi’s favourite park is threatened by an evil construction company, she, Jacob and a friendly pack of talking dogs team up to try and save it.

Whilst stylistically, Latvian director Edmunds Jansons’ debut animated feature bears no resemblance to the films of Hayao Miyazaki, thematically they’re rather similar. Both plunge their child protagonists into a land filled with magic and talking animals. Both are deeply concerned with environmentalism. The construction company’s logo even looks like the dust mites in Spirited Away. 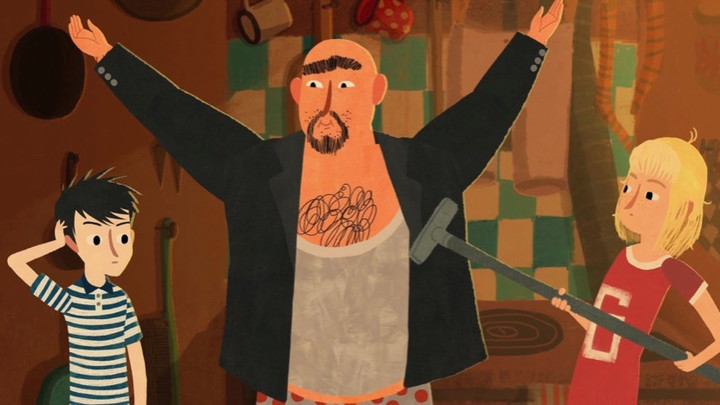 Visually, however, Jacob, Mimmi and the Talking Dogs is very different. Jansons has a naïve animation style – Eagle’s chest hair is denoted by a black squiggle, trees are an impressionistic green blur. A beautiful, autumnal warmth dominates the colours he uses; reds, browns, and oranges win the day. There’s buckets of personality in the character design. Eagle – with his bald head, unibrow, and goatee – is instantly lovable. Each of the dogs has their own distinct look, with the purposeful exception of the tiny Rock and Roll, who Jacob and Mimmi keep mixing up. There’s always a lot going on in the background too, like the group of mimes who seem to be everywhere at once.

Jansons weaves us such a charming world. Each scene is packed with so much love and character. Everyone who watches will have their favourite dog – mine is Grandpa, who knows the answer to every question in the world, but is too old to speak. Eagle’s fictional stories of his days at sea are riotous fun. The whole thing ends with the dogs united in a Latvian folk song. It’s hard to express just how utterly lovely this film is.

There are also important messages here. Jacob, Mimmi and the Talking Dogs teaches kids about the power of teamwork, and the need to protect precious old places from generic new builds – perhaps no moment sums it up better than a briefly glimpsed newspaper headline: ‘Talking Dog Explains Gentrification Controversy’. The film is laudatory of the idealism of kids, who haven’t yet become cynical like their parents, and still believe – in the face of overwhelming opposition from evil corporate monoliths – that they have the power to change things. In today’s climate, I don’t think there’s a more vital lesson we could be teaching our children.

Book Review: Into The Crooked Place by Alexandra Christo