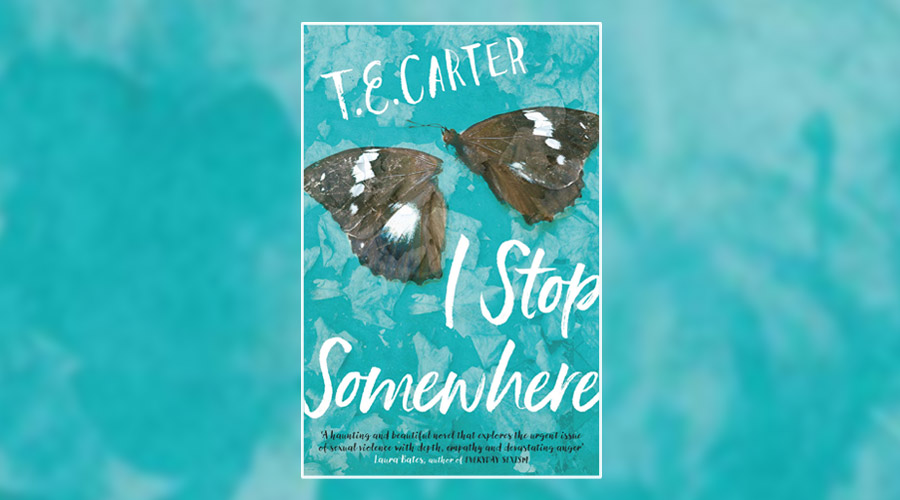 Fifteen-year-old Ellie Frias spent her entire life being either ridiculed or invisible. She didn’t want to be popular, she just wanted to be accepted, to blend in with her peers so she didn’t feel like such an outcast. So when Caleb Breward, son of one of the town’s most powerful and influential families, asks her out, Ellie can’t understand why he chose her. He tells her she’s beautiful and, though she’s baffled and reluctant at first, Ellie starts to believe that someone could actually find her attractive. That someone might, someday, fall in love with her.

Caleb isn’t the dream boyfriend Ellie thought he would be. He’s possessive and overbearing, saying all the right things to make Ellie feel special and then ignoring her for weeks on end. Ellie dismisses the warning signs, putting the blame on herself, but she couldn’t have known what a monster Caleb was. She couldn’t have foreseen that one night he would take her to one of his father’s empty repossessed properties and, along with his brother, sexually assault and murder her.

In a similar vein to The Lovely Bones, we meet Ellie after her murder. She’s dead but her spirit still lingers, unseen and unheard, a ghost of the girl she was. Ellie watches Caleb and his brother Noah repeatedly rape girls and she’s powerless to stop it; she watches her father fall apart after her disappearance and she wills the police to dig a little deeper into her missing persons case. As Ellie wanders and watches, listens and learns, she explains her story from the moment Caleb walked into her life, to that dreadful night where her body was dumped in a hole in the ground like she was a piece of garbage.

“I just want to be a girl. All the parts of me that made me real. Maybe a lot of things make a girl, but I think being alive is the one I miss the most.”

The story takes the form of two parts. Part One is mostly Ellie’s recollection of her life before death, how she tried so hard to fit in, how she just wanted to feel beautiful. It details the awful things done to her, and to countless girls after, and it does so with a rawness that hits you hard in the gut and makes your heart ache for not just the trusting, innocent girl she was, but the ghostly presence she becomes. Part Two feels like a gear shifting, a tsunami rearing back and gathering momentum as two girls come forward and add credence to the Breward boys’ guilt. Ellie wants her body to be found, she wants justice, she wants her life to have mattered, and we do too.

There are undercurrents of other themes running alongside Ellie’s story; issues of male privilege, wealth, bullying, poverty and power. What’s imperative here is showing just how difficult it can be for women and girls to be heard, to feel like their voices matter, that their bodies deserve respect and that they aren’t to blame.

Yes it’s an unflinching and tough story to read but it’s incredibly important, necessary and relevant too. Carter ensures that readers feel such empathy for Ellie, never putting the blame on her but allowing the guilt she carries nonetheless to seep through the pages. She was a victim at the end of her life but what shines through is her strength as she’s stuck in the in-between; it doesn’t matter how or why her spirit lingers.