Book Review: How To Find Home by Mahsuda Snaith 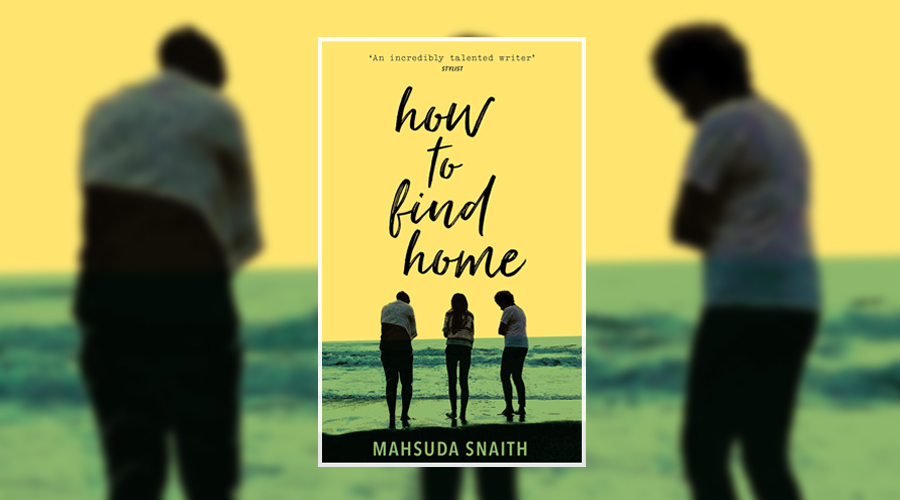 Sometimes the best books are the ones that challenge you, that encourage you to readjust and re-examine yourself while reading them. How To Find Home will do that for a lot of readers, this one included, as it tackles one of the most important but under-recognised issues with an interesting and grounded narrative centered on a young homeless woman called Molly.

Mahsuda Snaith’s writing is strikingly vivid. It’s the most distinctive part of this book because each description has tangibility, invoking multiple senses with each sentence. It doesn’t read like a flowery meditation on every sight, like you’d find with some classic authors. Instead, Snaith pinpoints those visuals that are most striking to a person in a moment, keying you into the protagonist’s perspective.

How To Find Home is Molly’s story and, as we’re told at the very start, it is a happy one. How Molly interacts with the world, and how it reacts to her, as a homeless woman, is not always positive, but this story isn’t written to get you to pity her. Snaith captures what feels like an authentic voice through speaking with real homeless people, specifically Ellene and the House Homeless Hostel who helped her to craft this story, and whom she thanks in the acknowledgements.

You can tell that there are certain takeaways and lessons that Molly is expressing for those homeless people who don’t have a voice. They aren’t underlined but they are spelled out. Lessons like, the more people ignore you, and almost everyone walking past a homeless person does, the less seen you feel, and therefore the less you see yourself. It’s a painful reminder that we, many of us in the UK as well as in other parts of the world, are trained subtly to ignore homelessness rather than fight to address it, or at least to give the kind of humanity to those we see on the street as we would a stranger at a party.

Molly herself has been homeless for a number of years and has adjusted to this way of living. She has accepted it and the choices that she has made along the way, for better or worse and through the small joys and painful lows. She is a woman on the verge of change, awaiting opportunity but with the full expectation that a helping hand will never come. As a narrator, we’re aware that she can’t trust what she sees all the time. Despite her hallucinations, she can be trusted because she is a realist. She calls out her own imaginings and fears.

The cast of characters assembled in How To Find Home give Molly’s world the shades of grey we come across in life, rather than attempting to create a black and white distinction. There are those seeking to do good with their lives, like Robin Hood (not the outlaw of legend in this instance) who collects food from shops just before closing and then gives them out to the local homeless community, as well as those who enforce their own rules like Rusby, a man who haunts Molly at every turn.

Then there are Molly’s companions, Jules and Luca, along with three legged dog Boy. All have been homeless for different lengths of time and for different reasons. Luca propels them into their journey across the north of England, enlisting Molly in his hunt for treasure. He’s new to being homeless and has some mental health issues that he struggles with. He’s vulnerable and desperate for kinship but also has a violent side.

Jules, who has been on the streets longer than Molly and has been a close friend of hers for years, wears her anger on her sleeve. Her words are often venomous and meant to establish a protective barrier around her, but this doesn’t stop her from being kind and careful with those she cares about. Jules is off-putting and that at times makes her unlikable, though her heart is in right place. Molly ends up acting as a mediator between the two, attempting to bridge the gap in their experiences without directly interfering, all to avoid becoming collateral damage should they reach some kind of altercation. Molly is always on the lookout for danger.

As a novel about what home means to the homeless, Mahsuda Snaith succeeds in speaking with authenticity while writing a fictional tale. Luca’s mystery/hunt for treasure, which propels the story, is more an excuse for new experiences, something for Molly and Jules to do. It’s the alternative to staying still and doing the same thing for the next few days, weeks, years, and doesn’t feel better or worse to them than that.

If you’re looking for an immersive and intriguing read, then How To Find Home is a great book to pick up. The language is rich and imaginative, granting you a glimpse of the lives of those who are homeless today. It will change the way you think and consider people living on the streets, or at the very least remind you that they deserve the basic humanity that the societal structures we exist in discourage us from showing.