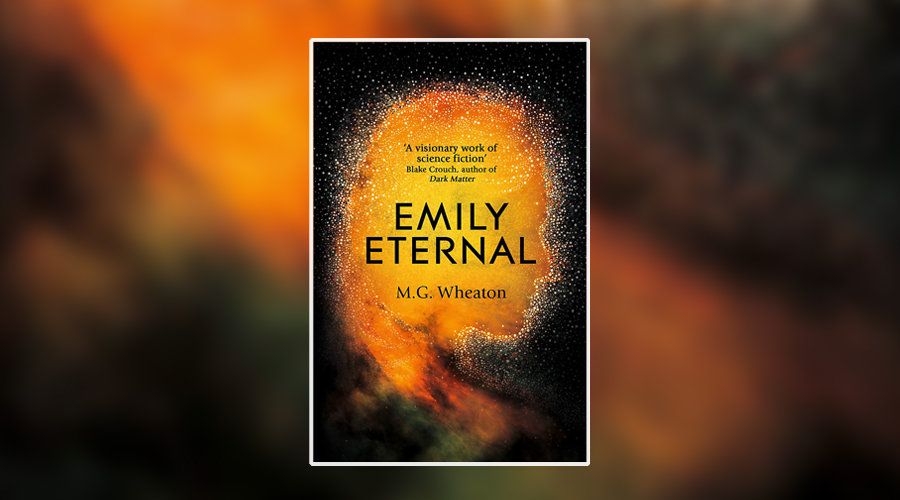 Emily Eternal is an intriguing, engaging and cinematic book. Rather than easily being identified as sci-fi, it lives up to the broader categorisation of speculative fiction, spanning drama, thriller, and science fiction. The titular Emily, who’s story we dive into, is an artificial consciousness (AC) created to learn about humanity as a way to help humans with any problem they might face, from engine issues to relationship woes. She’s the first of her kind and in that lies the potential for, well, anything.

If you wanted an elevator pitch for this book, it would be: Imagine they built Janet from The Good Place on earth, today, but that the world was about to end due to the sun exploding. So, they task her and her team with finding a way to save the human race. The comparison to the breakout character from The Good Place isn’t a perfect one, but it is key to what makes this book so digestible and addictive. AC Emily is funny, self aware and whimsical. She’s all the parts of what makes a human, or as close as the team that created her can replicate. Her voice in the story is what brings you along for the ride. Yes, there is some technobabble type speak but it isn’t there to hold you back, it’s instead always rendered in a way that gives you a vision for it, the way Emily sees it, while being aware that Emily often is aware that she knows more than her human friends.

Take this novel at face value and it’s a satisfying story which escalates after the first section; its divided into multiple “Books”, and has a big, exciting and unexpected climax by the end. You stay in each part of the story long enough to become immersed, then move on. You feel like you’d love to have more to enjoy, though by then you’re onto the next part of the story and are absorbed all over again.

If you consider the story for longer, you can tell that this book was carefully created by M. G. Wheaton. There are choices made with the characters, across physical bodies, race and gender, that feel authentic to the world (which is much like our own), without ignoring that this is not a perfect progressive utopia. For example, Emily is shown as a Caucasian female and she wonders about what that choice says about her designers, who are largely male. Similarly, the President of the United States is a black woman and that is noted and considered. (Here’s hoping that we see a little more of that future.)

Emily Eternal feels like hope in the face of the end of the world. It’s a What If rumination on how humanity might go about trying to save itself, while leaning into the fact that it would probably take something beyond/outside of humans to really be objective about how we could be saved. One of the best parts of Emily Eternal is the cinematic quality of the story, and the ways in which it unravels in almost different genres from Book to Book feels natural. Emily is the hook by which each Book unfolds and grounds the reader. You never feel lost, even when Emily is, due to her organic unravelling of what she knows about what is around her.

This is a great book to pick up if you love speculative fiction, if you are tired of dystopian fiction and want more hope in your sci-fi, or if you just enjoy a good read.

Emily Eternal is published by Hodder & Stoughton on 23 April 2019