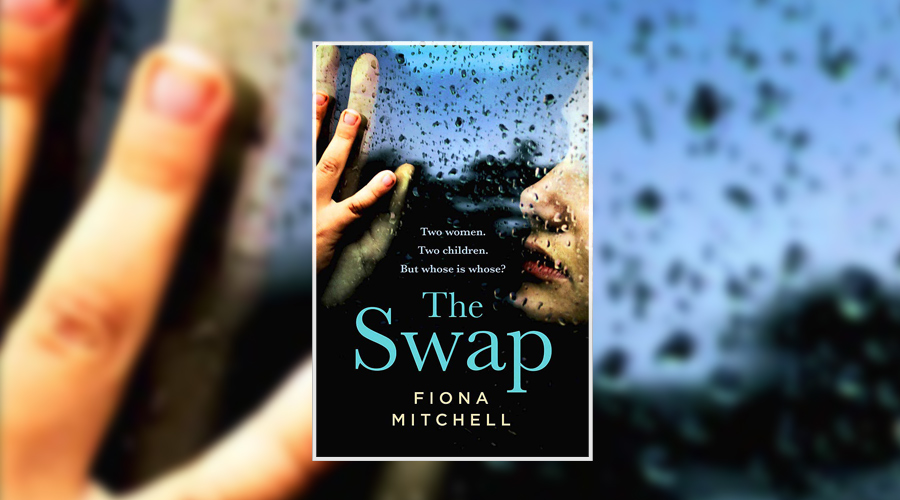 The Swap is a novel built on one key question: if you found out your child wasn’t biologically yours, what would you do? It’s a question that ends up creating more tension in Fiona Mitchell’s novel than any thriller with plot twists and red herrings on every other page could hope to replicate, particularly as it delves into complex family dynamics and unimaginable moral and ethical quandaries. With The Swap, Mitchell has created a novel that leaves readers on a knife’s edge throughout, never sure who’s right, who’s wrong and who to believe, resulting in switching loyalties, plenty of questions and a need to race to the end to get answers.

Annie and Tess are both women who underwent IVF treatment at the same fertility clinic in America, but a mistake during the insemination leads to their embryos being swapped and now Annie and Tess have both been unknowingly raising a child that isn’t theirs for the past three years. For Tess, who’s long wondered if her naughty youngest child Freddie is actually hers, learning of the mix-up seems like a chance to finally get the daughter she’s always longed for, having lost her first baby girl many years before. But the truth is harder for Annie to accept, and while she can’t shake the feeling that she needs to get to know her biological son Freddie, she also refuses to contemplate letting go of the baby girl, Willow, she brought into the world.

“They have a child, their child. Annie is the one who gave birth to her, who plaits her hair, who soothes her when she falls. She’s Willow’s mother, no matter what. But what if she isn’t really?”

With the ‘What If’ scenario firmly established as irrefutable fact in the book’s opening two-page prologue, there’s nothing else for The Swap to do but dive into its narrative, reflecting on everything from motherhood, parenthood, love, family, grief and childhood along the way. Both Tess and Annie have their flaws, but each are also deeply relatable at different times in different ways – although, it’s fair to say that Annie comes across more often as the more sympathetic party. As the families agree to meet up and eventually introduce the other parents to their biological child, questions of what’s right and what’s wrong in this situation begin to fold in on each other. Told in the different perspectives of both Tess and Annie, each woman views the other with an intensely critical eye, with Tess believing she could provide Willow with a better life, while Annie begins to suspect that Tess is mistreating Freddie.

It’s therefore impossible to read The Swap without having an opinion on it, and there’s no doubt you’ll find your mind running away from you as you try to predict how this complicated plot will unfold. It’s a novel you don’t want to put down and, on the whole, it more than lives up to its thought-provoking, emotionally-charged premise, with detail and descriptions so palpable it reads less as fiction and more as long-form exposé at times.

It is, however, also a novel that does take some time to get going; early establishing chapters drop a load of names without explanations, and it can be difficult to distinguish between Tess and Annie’s voices. The only thing that gives away whose head we’re in now is the name of the child they’re looking after, and even that gets more tricky to follow when the families begin spending more time with each other. Yes, it can be argued that these two women are going through such a unique experience that their thoughts, worries and hopes are bound to overlap, but for two women presented as such stark contrasts to one another, you would expect a few more distinguishing personality traits in each character’s narrative.

Nevertheless, with The Swap, Mitchell has deftly put together a psychological drama that intricately balances emotions, ethics and a lot of differing opinions. It’s not always a pleasant read, and cruel behaviour and questionable actions do often leave you wondering if the novel’s about to take a turn into thriller territory, but ultimately this novel tells a human reaction to an unbearably desperate situation – and it does so fantastically well too.

The Swap is published by Hodder & Stoughton on 18 April 2019

Chilling Adventures of Sabrina Part 2 review: Darker, bolder and more self-assured than ever