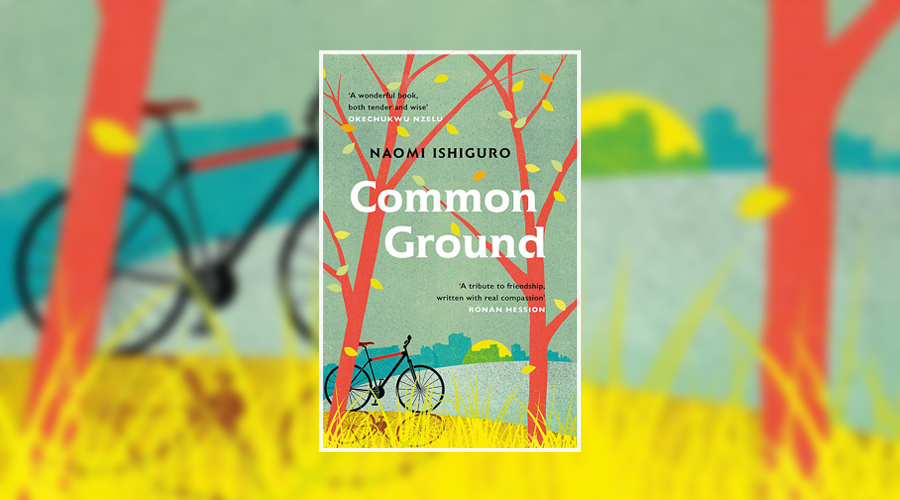 Common Ground follows Stan and Charlie, who we meet as teenagers living in the suburban town of Newford. Stan is shy, lonely and relentlessly bullied by a group of boys in his class; Charlie is an ebullient Traveller who doesn’t seem intimidated by anyone or anything. The two become firm friends, spending all their free time together, until a serious accident and an angry parent forces them apart.

Nine years later, and their situations have changed. Now both Londoners, Stan is a popular university student, and Charlie is an alcoholic who’s barely getting by in a warehouse job, working under a bigoted manager. When they meet at a party for the first time in almost a decade, they soon resume their friendship, although it’s a friendship that’s rife with complications.

The main difference between the two characters is that Charlie is a Traveller and Stan is not, and this is what drives Common Ground’s narrative. Stan’s childhood period of bullying is brutal but temporary; as an adult, he has left it far behind. Things aren’t the same for Charlie. Anti-Traveller prejudice follows him wherever he goes, and seeps into every corner of his life. Though he tries his best to, Stan can’t fully grasp all the vitriol that his friend must face. He doesn’t understand some of the archaic Traveller traditions – like the fistfights to defend a family member’s honour – that he is beholden to. All he knows is that his friend needs him, and so he is there.

Author Naomi Ishiguro’s prose is conversational, often written as a stream of consciousness. Charlie and Stan – the POV changes between them – frequently make assertions to themselves and then question them, underlining the insecurity that lies at the heart of both their characters. Neither of them really know what they’re doing; as children and as adults they are just stumbling through life, hoping that good intentions will be enough to see them through. This self-doubt helps to make Stan and Charlie sympathetic protagonists – you can’t help but root for a pair who are so kind-hearted but so ill-prepared to face the big bad world.

Where Common Ground falters a little is in the thin characterisations of the supporting cast. This is Stan and Charlie’s world, and no one else gets a look in. This is most notable with Charlie’s wife Kate. She’s been through a lot in the last few years – a miscarriage, the subsequent depression, being separated from her family to live in a dingy flat in a city she hates – but we never get a real sense of who she was before all that; Charlie just remembers her as someone with longer hair who didn’t shout at him so much. Considering that their marriage is an important part of the story, it’s disappointing she remains such a vague presence throughout.

Still, the headline relationship here is the one between Stan and Charlie, and it’s lovely to watch it develop and deepen over the course of the novel. Common Ground is an endearing ode to the friends that sustain us in our darkest moments.

Common Ground is published by Tinder Press on 25 March 2021