I’ll say this, before I say anything else. Viewed as a relatively straightforward Ted Bundy-esque story, of a killer caught because of the most minor of details or errors, ‘Crocodile’ works brilliantly well. Were it blown up onto the big screen, beefed up in terms of twists, turns and runtime, and if that kind of bleak, thriller simplicity was the extent of its ambitions and expectations, then it would work perfectly. What starts as a blast from a past that Mia (Andrea Riseborough) has tried her hardest to blot out, takes her into a web of murder leading to murder leading to murder, until she’s finally caught. She was prepared to, and perversely, disturbingly, savvy enough, to kill the child – although, as it turns out, the child was in fact born blind, and thus could never have visually witnessed anything – but she didn’t consider the hamster.

And so it was that Mia ended up on the verge of arrest at her son’s school performance of Bugsy Malone. Bugsy Malone, it should be noted, was undoubtedly chosen for quite how close to the episode’s bone “You Give a Little Love”, the film/show’s classic finale cuts. “We could have been anything that we wanted to be”, and “You give a little love and it all comes back to you”; it’s a clear, bleak picture of the path Mia has strayed from by the end.

‘Crocodile’, it goes without saying, is a Black Mirror episode, and that feels like it means to expect something slightly more… considered? There isn’t quite the word to fill the gap that exists. It’s complex, in that it deals, as most Black Mirror does, with the impact of breakthrough technology on the malicious realities hidden in society. It’s eminently watchable, in that Mia’s journey in reverse, speeding towards, rather than away from a position of survival, is intriguing to watch.

Yet while I mentioned previously that it works brilliantly well if viewed as straightforward, it’s also arguably true that it can only be viewed as so, that it’s straightforward by default. And even if it wasn’t a Black Mirror episode, it feels like a topic and premise that was reaching further than just a straightforward techno-Scooby Doo; “I would have gotten away with it too, if it weren’t for you meddling hamsters and your damn memory recall machines!” But that does feel rather like the sort of structure that it’s rooted in. 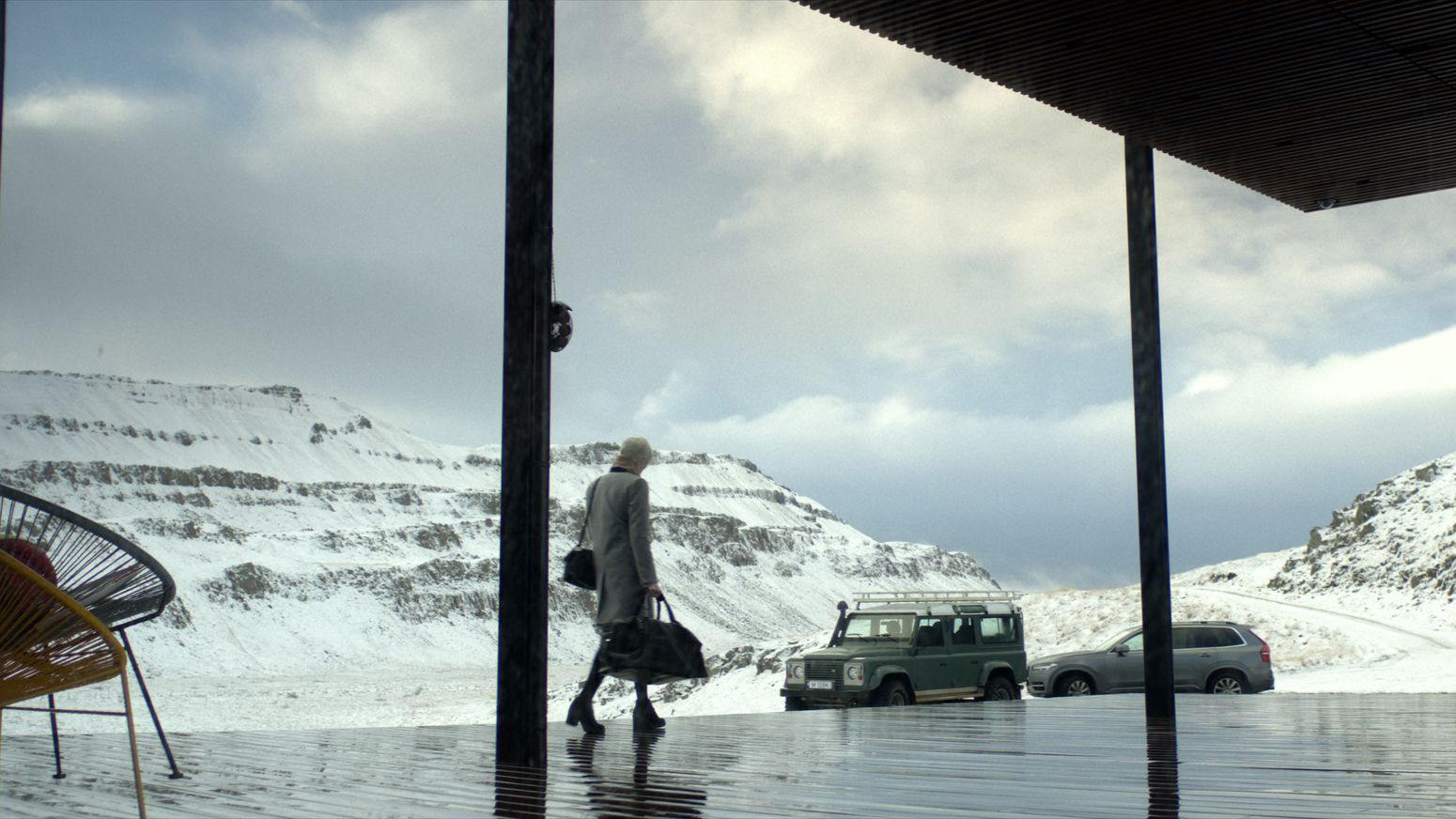 In terms of the ‘tech of the week’, ‘Crocodile’ posits itself curiously towards the more benevolent or benign scale of the Black Mirror spectrum. All the recaller – also known by the billion other names Shazia (Kiran Sonia Sarwar, the best performer of the episode) calls it colloquially – does is, well, recall memories. It doesn’t alter them, nor does it purify them into what actually happened. It simply offers a view into the ‘mind’s eye’, as Shazia put it, providing a visual representation of how the subject remembers the prompted events. Perhaps there are more dangerous or contentious aspects of the technology to consider – creating a narrative out of disparate subjective perspectives could always lead to friction, or to misleading evidence – but they’re certainly not considered here. With that in mind, the action pivots firmly back towards the action, not the tech that enables it. And so the focus is on Mia, and what leads her down that path.

Therein, perhaps, lies the problem. The episode starts well, even if it seems like diving in halfway through a story that’s already playing. A younger Mia goes clubbing with Rob (Andrew Gower); a friend, or something more, it’s not entirely clear at the time. They drink; they take drugs. And then, driving back via a snowy mountain pass, they hit and kill a cyclist. Rob panics, decides for them: they’re going to bury the evidence, or in this case, throw it and its bike in the nearby lake. This all provides a compelling backbone to the episode, one which could go pretty much anywhere.

As it is, the episode decides to go 15 years later. Mia’s now married – not to Rob – with a school-aged child, and is, we learn, a successful architect. We can see she’s successful, whatever she does immediately, judging by her home. She goes on a business trip to give a speech, a now remorseful, teetotal Rob shows up, and now, suddenly they’re thrown back into the moment of the past together. But the time jump has skipped us straight past the context. All we see now is a basic role reversal. Where Mia was originally guilt-ridden, the one saying that they should go to the police, now it’s Rob feeling guilty. Mia meanwhile, is now the one with something at risk, with a family to lose. Without the intervening years to contextualise the switch, it’s sketchy characterisation. But it’s this sketchy characterisation that’s relied upon to justify Mia duly smashing Rob’s skull into the hotel room floor, and to her calculated method of disposal, taking his body to the building site for her next project, and chucking him into what sounds like a vat of acid. Problem solved.

Well, not quite. The question of whether one can buy Mia’s actions – or at least, her cold, calm demeanour during what would logically be a rabid crime of passion – is absolutely central to whether one can buy into the episode that follows. If you struggle as I did with that moment and how it’s handled, then there isn’t a way back for the episode. And I won’t quite say that it broke the rest for me, but it did make it harder to play along. Fundamentally, what have we been shown to even hint that that kind of murder is coming? Because it’s not a crime of passion, as it would surely have been. It’s not a desperate mother and wife taking the one action her mind, in that moment, has considered, while struggling against the reality of killing her former friend with her bare hands. Instead, the bare hands remain, but there’s little of the struggle. 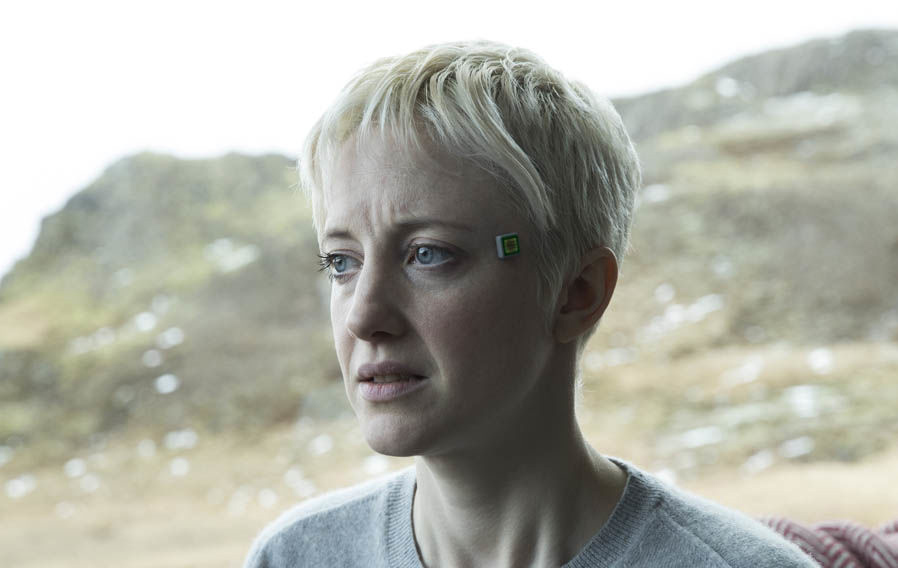 There’s little struggle or consideration in the murders that follow either. Shazia tracks Mia down as a witness to another incident outside her hotel window. Once she does – once Mia’s plugged into the recaller – Shazia sees what see’s not meant to have seen. Again, it feels like a situation where Mia might stop and think, where some kind of meaningful dialogue might emerge involving what one does for their sense of survival, or something with deeper thematic meaning. Instead, they both play their roles to a tee. Shazia pleads that she’ll keep quiet; Mia asserts that she knows Shazia will do no such thing. So that’s the end for Shazia, as we hear the crack of a large stone thumped again her head by Mia, over and over.

Then finally, to Shazia’s family; her husband Anan (Anthony Welch); her baby son Ali. She ambushes Anan as he takes a bath. Her phone goes off, alerting him just in time. And again, it seems like we’ve arrived at a moment where the action might just stop, however briefly, and take stock of itself. That Anan might be given time to consider who Mia is, or to reach the distressing conclusion that Shazia is already lost, regardless of whether he survives. But no. Anan takes a blow or two to the head from a hammer, and the bath turns red. Mia does pause when she realises the choice in front of her concerning Ali. But by that point, it’s clear what’s going to happen. This isn’t a story based on hesitation, and it was never going to end that way. Instead, it’s a story based on certainty, on following through, but also on the hubris to believe one could wipe everything clean in the same way that Mia wipes down her car.

What we’re left with, is a chain of causation that doesn’t really say much beyond its existence, and which is rooted in a problematically justified moment. Some might take issue with the violence – though given this is Black Mirror, I’d question what sort of hierarchy you place around the significance of representations of physical and psychological representations of trauma, to question the former while revelling in the latter – but the violence isn’t the issue. It’s simply that, as I started by saying, there just isn’t all that much to the episode. It ends, as it’s expected to end, and unlike in ‘Arkangel’, that ending doesn’t have too much to say on its own. Yes, there’s the juxtaposition of Bugsy Malone, of a play about faux violence amongst children being watched by Mia, who has just committed actual violence against an actual child and its parents. Yes, there is the hanging thread of what becomes of Mia’s family, and of whether she goes quietly. But all that is swallowed up by the basic fulfilment of the narrative promise that she’ll be caught. Because that, really, is the only point left for the episode to make.

Perhaps at some point, it could have twisted to become about an environment in which she can get away with it; about a reliance on a technological aid that’s capable of being gamed, just as the power structures of modern society can be, from a position of personal power or wealth, like Mia’s. Even without that reliance on the tech aspect, it could have offered further questions into whether Mia had truly developed such a stony resolve over her actions 15 years past, and whether she really could go through with her plan to get away with it all. Or it could have placed greater emphasis on Shazia, and had her perhaps step into Mia’s troubled shoes so as to herself escape and retain her family life. Instead, ‘Crocodile’ plays it precisely by the book, showing us an improbably resolute killer, and offering a conclusion that retains this exact characterisation. It’s interesting in the moment, but it’s not the kind of material that will ever linger in the mind like the best of Black Mirror can do.