It’s no secret that film adaptations of popular video game series have a long and troubled history. From Mario Bros and Street Fighter to Tomb Raider and Doom, the history of Hollywood is littered with failed attempts to bring beloved characters or franchises to the silver screen. Yet while many of these have been frustrating to watch, Assassin’s Creed is arguably the most frustrating yet because unlike so many of its predecessors, Assassin’s Creed actually aims high. Sadly, this just means that it also has further to fall.

When death-row inmate Callum Lynch (Michael Fassbender) is given a second chance at life by the mysterious Abstergo Foundation, he is told that if he helps them with their research, he will be allowed to start a new life. Abstergo are trying to eradicate violence in humanity by tracking down a mysterious and ancient artefact known as the apple of Eden which they believe contains the genetic code for free will. Abstergo is operated by a centuries old group known as the Templers who believe that Callum’s genetic code is the key to finally locating this missing artefact.

To do this, they use a machine called the Animus to access Callum’s ‘genetic memory’ and relive the memories of his long dead ancestors, specifically 15th Century Spaniard Aguilar de Nehra. Aguilar, along with all of Callum’s predecessors, was part of another ancient group called the Assassins. Abstergo scientist Sophia Rikkin (Marion Cotillard) hopes that by accessing the memories of his ancestor, The Templars might finally be able to track down the fabled Apple and put an end to humanity’s violent nature. 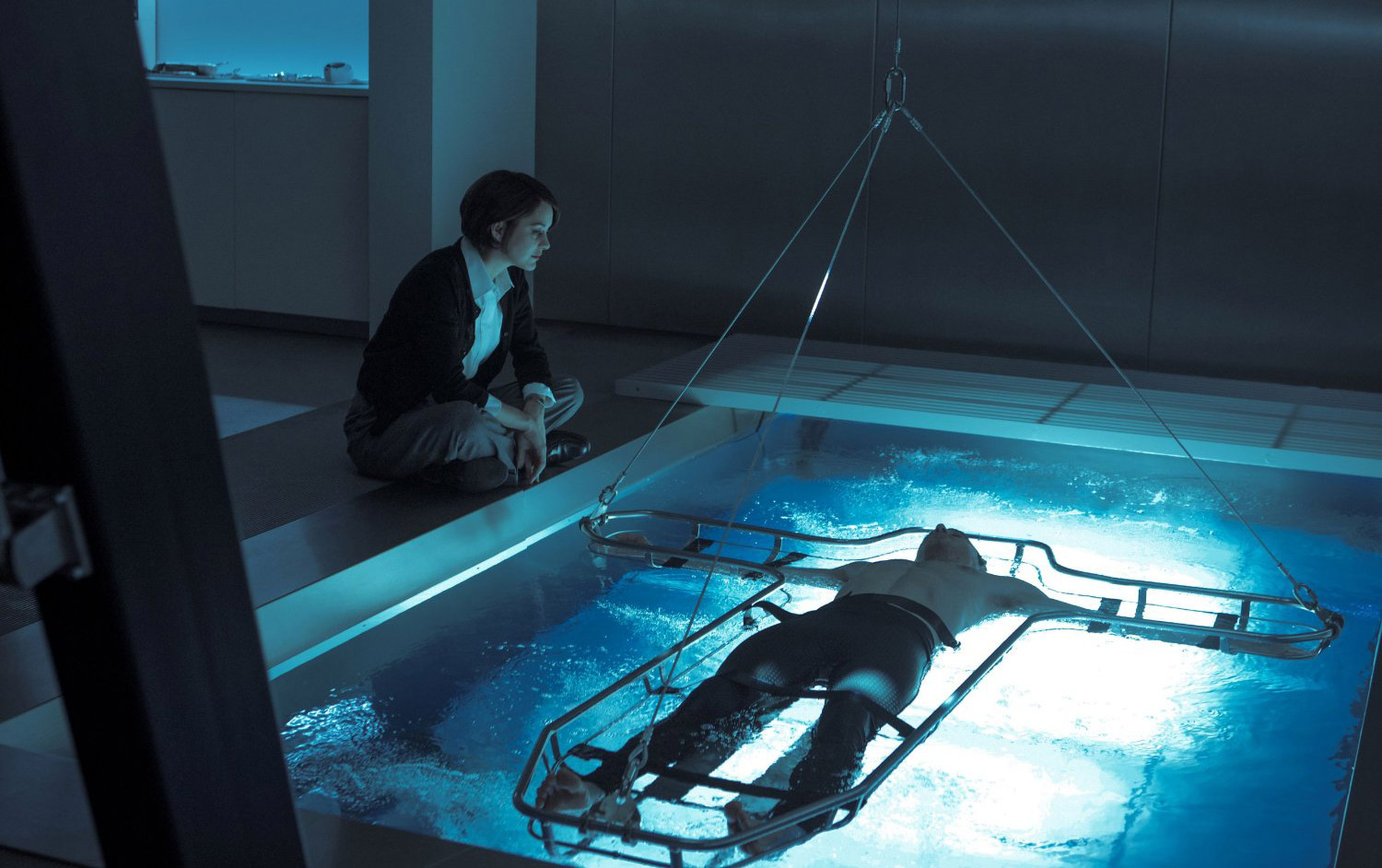 It’s a very jargon-heavy set-up that sees Callum repeatedly step into the Animus to relive the action-packed memories of Aguilar while gradually learning more about the mysterious orders of the Templers and the Assassins, along with what each group hopes to achieve with the illusive Apple of Eden.

What this ultimately boils down to is a lot of Callum walking down the stark white corridors and laboratories of Abstergo talking in riddles with his captors before strapping into the Animus for a handful of visceral action scenes set in war torn (and dust-drenched) Andalucía during the Spanish Inquisition.

The scenes set during the Inquisition are mostly excellent, with some spectacular chase and combat sequences that feature some impressively visceral-feeling stunt work. It’s when Callum’s highly trained Assassin ancestor leaps from rooftop to rooftop while being pursued by dozens of armed guards that the film comes alive.

However, this swords and sandals-tinged action makes up only a small part of the film, with the majority of screen time dedicated to Callum slowly coming to terms with his new life in Abstergo and their plans for his future. Unfortunately most of this is incredibly dull. The idea of the Animus and exploring the memories of our far-more exciting ancestors remains an interesting one but the wonder and excitement of this idea is quickly sapped by scene after scene of portentous dialogue that over-explains what’s happening without ever really explaining why. This has the knock-on effect of making the pulse-raising memory sequences feel disjointed. Without any real insight into developing Aguilar as a character, you never know why he’s doing what he’s doing and you rarely get a sense of what’s at stake. These scenes look great but ultimately feel hollow. 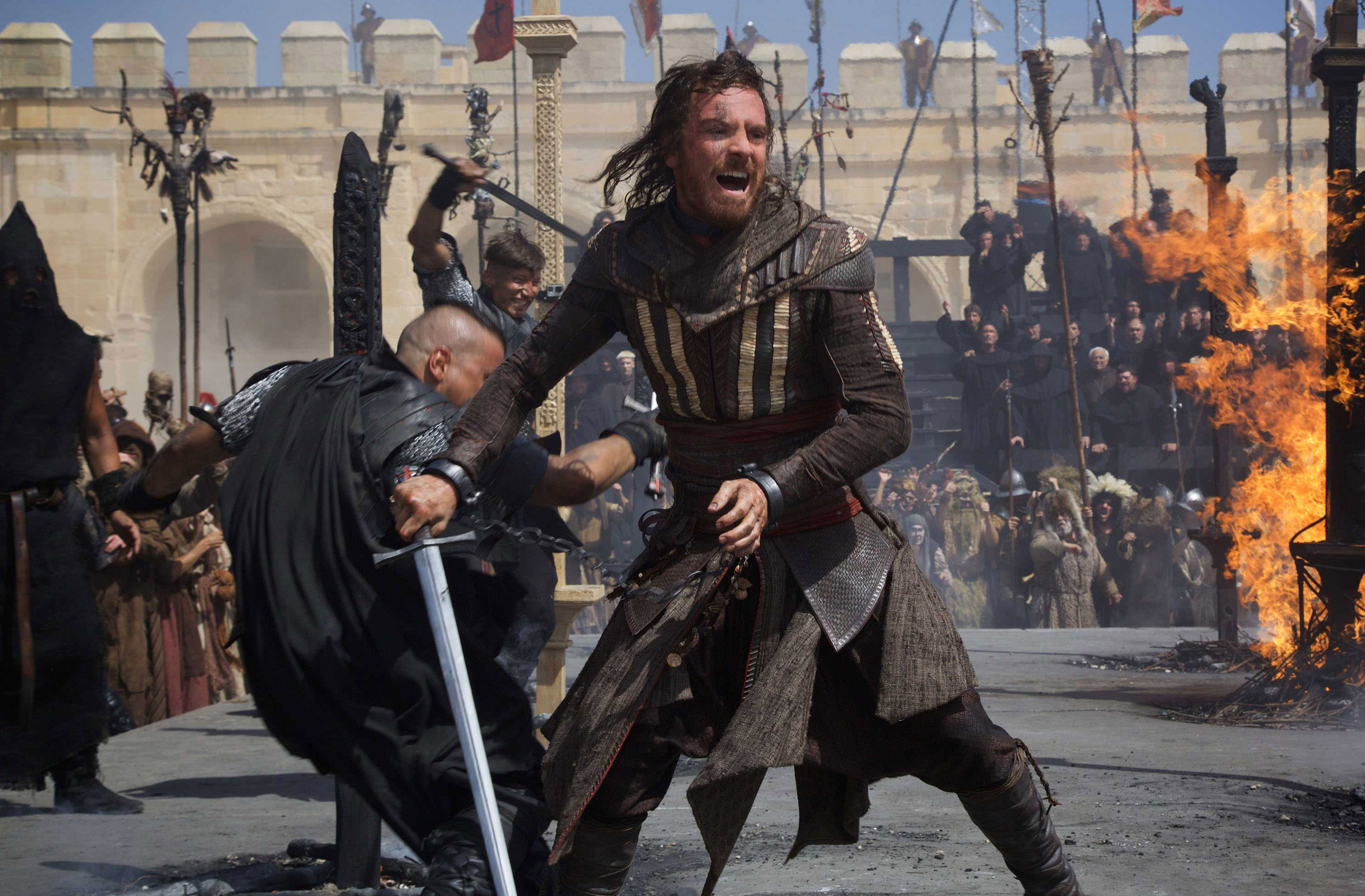 It’s all a bit of a mess and it’s a real shame as there is genuine promise here. Unlike the likes of Mario Bros and Doom, the Assassin’s Creed games actually have a lot of plot and lore, something that has the potential to translate well to film. Director Kurzel worked with Michael Fassbender and Marion Cotillard on his critically acclaimed version of Macbeth, so they’re clearly capable of producing great work together. Indeed, unlike so many previous video game adaptations, Assassin’s Creed largely looks like the work of someone who knows what they are doing and frequently looks great, with the sterility of the Abstergo Foundation contrasting nicely with the earthy colours of the Inquisition sequences.

The main problem with Assassin’s Creed is that it fails to learn the lesson its video game inspiration learned years ago. While the idea of genetic memory and the Animus originally gave an interesting twist to the historical sightseeing and murder, it also got in the way of the main appeal of the games. The more they continued, the more this element got pushed into the background to allow players to focus on traversing the rooftops of beautifully realised versions of cities in their historical prime. By focussing on the hows and whys of genetic memory, Assassin’s Creed forgets the wonder of letting us experience these memories for ourselves.