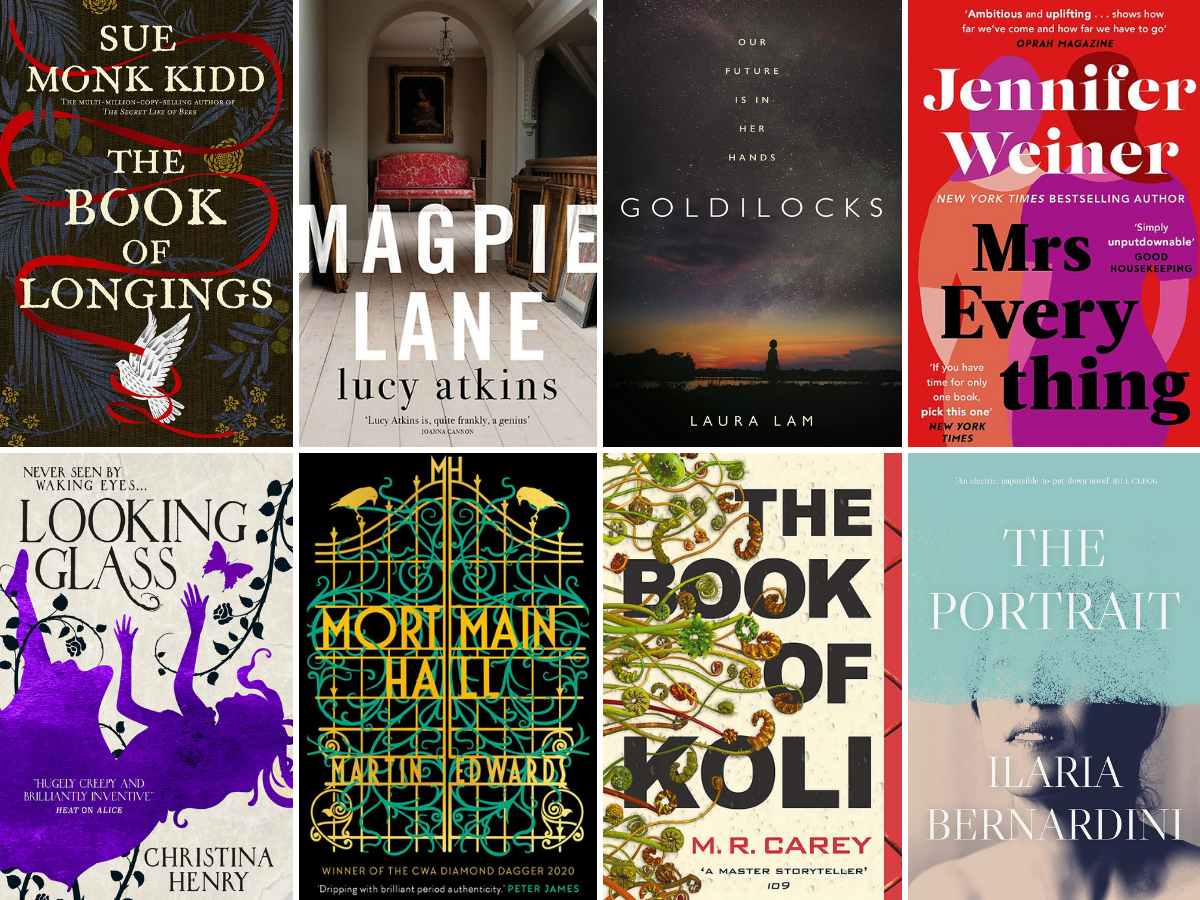 Now more than ever we need good books to keep us entertained and sane during these times of self-isolation and quarantine. Our picks for April transport us into space, into the past, into fantasy lands and into complex characters’ minds so that we can escape our own for a while. From thrillers and sci-fi to crime and historical fiction, here are 8 new books that you should be reading this month.

The Portrait by Ilaria Bernardini 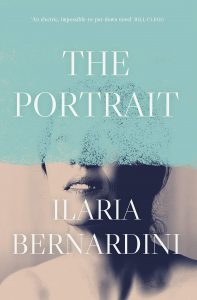 Italian novelist Ilaria Bernardini’s English language debut is a nuanced exploration of love, grief, deceit and secrets. When well-known businessman Martin has a devastating stroke, his secret lover Valeria Costas formulates a way to be by his bedside during his final days. She commissions Martin’s artist wife Isla to paint her portrait, furtively inserting herself into his home, where both women simultaneously struggle to cope while the man they love lies in a coma. This is an affecting story that brings to mind Elena Ferrante’s Neapolitan Novels. (Allen & Unwin, 2 April) 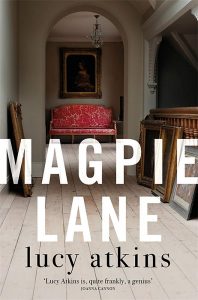 Lucy Atkins’ twisty psychological thriller explores the meaning of family against the historic backdrop of Oxford. When the eight-year-old daughter of a College Master vanishes without a trace, the police question the girl’s Scottish nanny, Dee. As she recounts how she came to be a part of the household and her role in caring for Felicity, the selectively mute young girl who’s now missing, Dee paints a picture of a dysfunctional family with just as much emotional baggage as Dee herself. But what really happened to Felicity and what caused her silence? Full of chilling mystery and unreliable characters, Magpie Lane is an unputdownable novel that will keep you reading long into the night. (Quercus, 2 April) 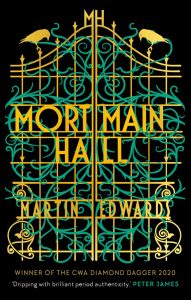 The new novel from crime writer Martin Edwards is a classic whodunnit with a dark gothic twist. The story begins in 1930’s London and travels to a remote coastal estate, where amateur sleuth Rachel Savernake hosts a party at the bequest of an eccentric criminologist for people who’ve narrowly escaped the consequences of miscarriages of justice – among them a young journalist framed for murder. But the gathering ends in tragedy when a body is found beneath the crumbling cliffs. With a sixth sense for crime and an extensive mix of victims and suspects, Rachel sets out to uncover the secrets of Mortmain Hall. An absorbing and intricately plotted golden age murder mystery. (Head of Zeus, 2 April)

Mrs Everything by Jennifer Weiner 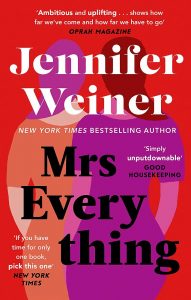 Growing up in 1950’s Detroit, sisters Jo and Bethie Kaufman have always known exactly what they want to do and be when they become adults. Rebellious tomboy Jo has a passion for making the world a better, fairer place, whilst good girl Bethie – with her femininity and beauty – yearns for a traditional life. Over the course of more than fifty years in an ever-changing America, Jo and Bethie’s lives diverge from their original paths, with Bethie becoming the adventurous wild child and Jo becoming a proper young mother in Connecticut. Neither Jo nor Bethie have the lives they hoped for but there might still be time for them to reclaim their original dreams. Mrs Everything is an evocative, ambitious story of family, identity, sexuality, happiness, loss and liberation. (Piatkus, 7 April)

The Book of Koli by M. R. Carey 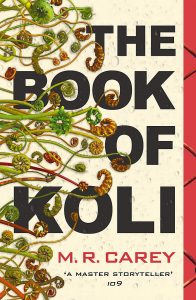 This is the first book in The Rampart Trilogy, a brand new paperback series from M. R. Carey, author of The Girl With All The Gifts and The Boy On The Bridge. When the world broke down and the plants started to perish, humanity made them strong again. Then nature turned against people, bringing fear, insecurity and death. Having lived in the small village of Mythen Rood his entire life, Koli knows the dangers that lurk outside the walls of his home. But when he uncovers a secret surrounding the ancient technology used by his community, Koli is forced out into this frightening world of deadly overgrown forests and inhuman outcasts. Another gripping and haunting post-apocalyptic tale from a master of the SFF/horror genre. (Orbit, 16 April) 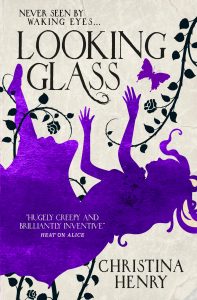 Christina Henry transports readers into the fantastical world of Wonderland with this book of four novellas. These are tales of secrets and dreams, of Jabberwocks and Magicians, of magic-fearing villages and abandoned houses that aren’t as empty as they seem. Bringing both characters new and old together, these delightfully dark and unsettling retellings tie into the previous Chronicles of Alice books, exploring what happened to Alice and Hatcher, whilst introducing even more original stories to the Alice universe. If you enjoyed Alice and its follow-up Red Queen, you’ll love this. (Titan Books, 21 April)

The Book of Longings by Sue Monk Kidd 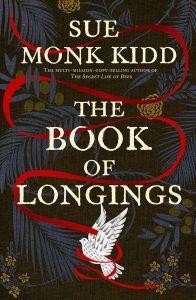 From the author of The Secret Life of Bees comes an absorbing novel centred on a rebellious young woman called Ana, the fictional wife of Jesus. Inspired by a National Geographic article about an ancient manuscript titled The Gospel of Jesus’ Wife, the story follows Ana’s journey from her wealthy upbringing in Galilee, where she’s sheltered from the brutality of Rome’s occupation of Israel, to her relationship with an equally philosophical Jesus and their subsequent marriage in Nazareth. Set in the first century, this is a wonderfully researched novel of culture, religion and politics, reimagining the past through the eyes of a creative, curious and defiant woman. (Tinder Press, 21 April) 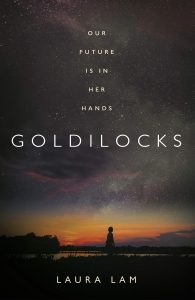 With the current state of the world, the idea of reading a dystopian novel might not be as appealing as it once was. Yet Laura Lam’s high-concept debut is a book you don’t want to miss. In this feminist sci-fi thriller, an all-female mission to a habitable planet offers hope for the future of humanity. But when things start to go wrong on the ship, botanist Naomi begins to suspect that someone on board is concealing a terrible secret and life on Earth is fading quicker than they anticipated. Billed as ‘The Martian meets The Handmaid’s Tale’, Goldilocks is a thought-provoking and relevant tale of morality and oppression. (Wildfire, 30 April)