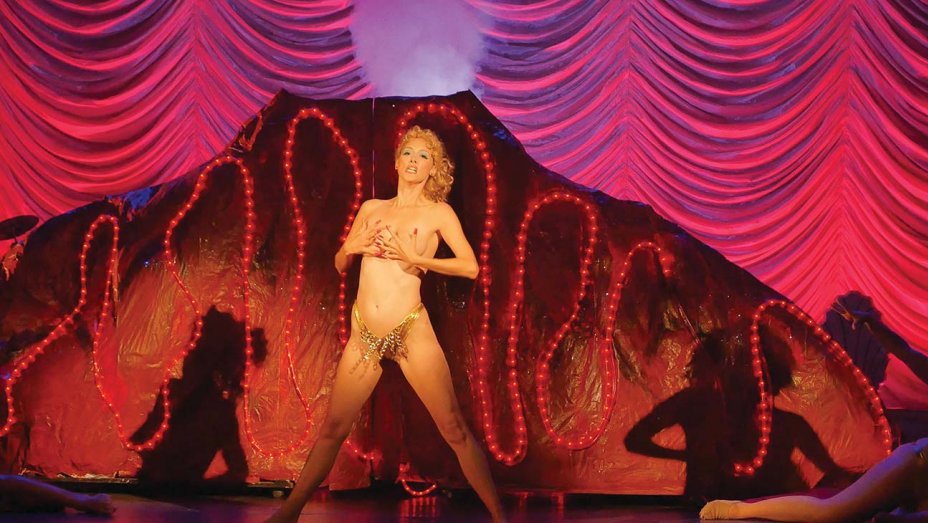 Nearly twenty-five years on, Showgirls continues to build a fan base – and since watching You Don’t Nomi, you can count me among them. Paul Verhoeven’s controversial, critically panned unsexy-stripper story, starring Saved by the Bell’s Elizabeth Berkley in the much-maligned role, is at the centre of Jeffrey McHale’s warm and celebratory documentary, You Don’t Nomi. If you have seen Showgirls and understand how wacky, unusual and fascinating the film is, You Don’t Nomi will gently nudge you into appreciating the quirks and acknowledging this as a high point in Verhoeven’s career – while simultaneously reappraising Elizabeth Berkley herself as Nomi Malone, who commits to a role in a way nobody anticipated.

Refusing to place talking heads and dull anecdotes at the forefront, McHale decides to use critics, writers and those who found strength in Showgirls to guide our hand. Their voice manages to embrace how Showgirls comfortably sits among the many varied films in Verhoeven’s eclectic career. Starship Troopers, Total Recall and Robocop may be your point of reference, but his career began much earlier than that. Themes of capitalism, misogyny and the brutal abuse of women is something that, for better or worse, he has revisited time and time again. By tweaking scenes from Verhoeven’s back-catalogue and creatively editing them to include references to Showgirls, You Don’t Nomi ensures that his filmography can be seen in a new light, with Showgirls a key part of the tapestry. Paul Verhoeven and writer Joe Eszterhas knew what they were making after Basic Instinct, boldly provoking the status quo with Showgirls and crafting a film that, it could be argued, was ahead of its time. 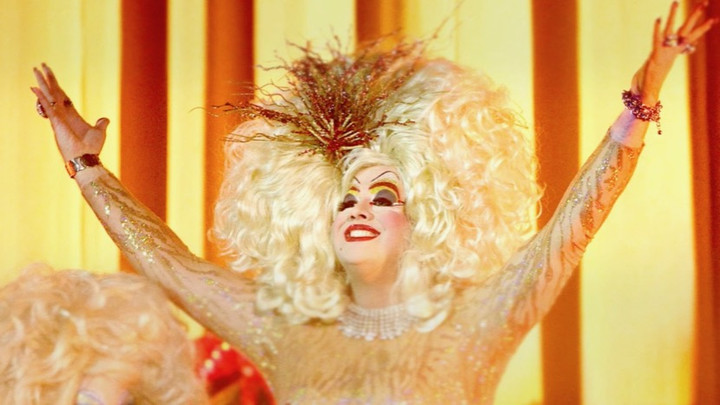 Berkley, in a short publicity interview, argues that Nomi is a fiercely, independent woman and we know how she doesn’t take shit from anyone. Showgirls has a power-dynamic core narrative as the younger starlet replaces the old, depicting men as absolute assholes and reminds us how ugly capitalist America truly is. As part of a double bill with Hustlers, Lorene Scafaria’s thrilling NYC strippers heist movie, Showgirls would have more than a few parallels. Unlike Hustlers, Nomi’s dreams and aspirations seem to be comically limited to stripping on a Vegas stage. McHale balances the praise of Showgirls with justified criticism, stories about Verhoeven’s behaviour and the awfully dated narrative choices. Barbara Shulgasser-Parker, a US critic who (akin to most critics) despised the film happily weighs in with her perspective. In another instance, a violent rape scene in the final act of Showgirls is highlighted as deeply problematic. Similarly, to viewers who defend the film, McHale ensures sexual abuse victims, who felt empowered by Nomi’s revenge for the attack in Showgirls, are given a voice too.

Over the course of two nights, I sat down and experienced Showgirls and You Don’t Nomi. Watching Showgirls, it goes without saying that the crazy, off-the-wall performance of Elizabeth Berkley is unexpected and the story, including a ridiculous duologue involving dog food and brown-rice-and-vegetables (discussed in excruciating detail in the documentary), is equally barmy. You Don’t Nomi illuminates the following it has generated, connecting the queer audience who adore the camp glamour and eccentric acting, to the conflicting accounts of precisely what the cast and crew were making (Kyle Maclachlan claims everyone took it very seriously while Gina Gershon believes it was all tongue-in-cheek from the very beginning). Spawning drag acts, a musical and multiple books of poetry and critical analysis, You Don’t Nomi embraces the outsider status of Showgirls and ensures that you take another look before writing it off as the flop that we were told Showgirls was.

Book Review: In The House In The Dark Of The Woods by Laird Hunt